By Aigerim Seisembayeva in Nation on 20 June 2018

ASTANA – Kazakh President Nursultan Nazarbayev on June 19 declared Shymkent city in Southern Kazakhstan a city of “national significance,” as it joined the other two cities with such status in the country, Astana and Almaty. Another presidential decree, signed publicly at the Akorda presidential residence, changed the name of the Southern Kazakhstan region to the Turkestan region and relocated the region’s administrative centre to Turkestan, a town 150 kilometres to the north of Shymkent famous for the 14th century Khodja Ahmed Yassawi mausoleum. 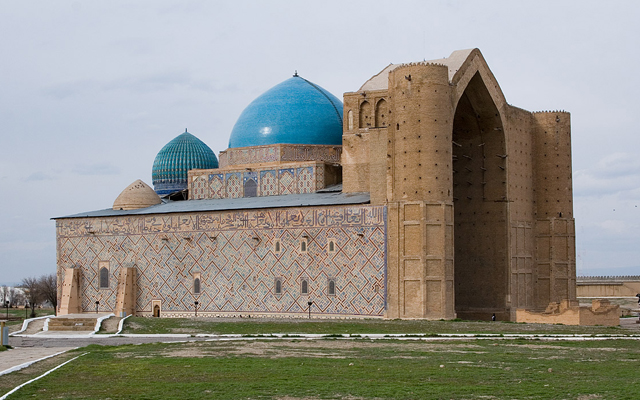 “Shymkent will become a new centre for attracting investment, technologies and intellectual resources not only for our country, but for the entire Central Asian region. For this, there are all the necessary conditions and potential in place,” Nazarbayev said at the decree signing ceremony. “This step will provide a steady impetus to the balanced social and economic development of the city and a consistent improvement in the quality of life of the inhabitants of the entire region.”

The President also stressed the importance of the Turkestan region to the country and region.

“The region’s centre is the city of Turkestan, which for centuries has been the heart of the political and spiritual life of the Kazakh Khanate and the entire Turkic world,” he said.

Shymkent recently joined Astana and Almaty as a city with more than one million people and the decree will make Shymkent the country’s 17th administrative unit.

All territorial, regional and local government bodies currently operating out of Shymkent will continue to do so while the new administrative centre is being built in Turkestan, according to the President.