Kazakhstan’s engagement in European security matters is a remarkable story of taking responsibility, demonstrating initiative and taking on a moderating role in Central Asia, between the East and West of Europe and beyond the European continent. Kazakhstan has performed impressively in the Organisation for Security and Cooperation in Europe (OSCE). Kazakhstan’s 2010 OSCE Chairmanship set signals that are still detectable. 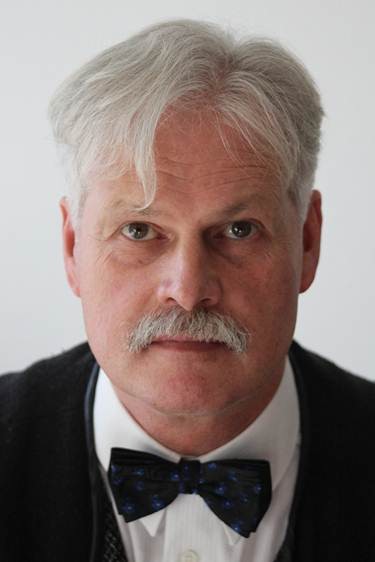 Right from its application, Kazakhstan’s Chairmanship of the OSCE demonstrated a self-confident understanding of the right and duty to make use of this important European security platform. As early as 2003, Kazakhstan had already announced its candidacy. As a country with a multi-vector foreign policy, located between major actors of Europe and Asia, Kazakhstan saw itself as well-positioned for this.

In 2010, it was the very first time that a Central Asian state had taken the OSCE Chair. For this reason alone, it was a trendsetting step at a time when the OSCE was already in a difficult situation and Kazakhstan and a number of states were being criticised for their way of understanding OSCE norms and commitments – particularly in the OSCE Human Dimension. There were heated arguments over these issues and over the interference of the OSCE in the internal affairs of these and other states. Disputes during the so-called OSCE reform discussions in 2005-2006 had ended without significant results. Kosovo’s declaration of independence and the conflict in Georgia had ultimately aggravated the tense atmosphere in OSCE-Europe in 2008. In this situation, Kazakhstan’s Chairmanship turned out to make a skilful contribution to resuming political discussions with each other again – at least, temporarily. Under the umbrella of the so-called OSCE Corfu Process, Kazakhstan moderated a brief, but unique, open-minded brainstorming period. Although it ended shortly afterwards, it left behind a feeling for what could be politically possible in Europe.

On a different level, Kazakhstan’s Chairmanship was an indication of the country’s clear sense of responsibility for the interlinked components of security in the OSCE. Notably, this implied the openness of its leadership to discussing Kazakhstan’s interior developments with the entire OSCE family – not really a natural concomitant in foreign relations. Conceptually, this opening reflected the government’s goals to simultaneously modernise the country along three tracks – the national economy, the political system and the national identity. It was certainly an important experience for a number of civil society actors and civil servants and, above all, for the community of Kazakhstan’s diplomats, who had the chance and duty to deal intensively with Europe’s political thinking and acting during the Chairmanship. Between 2007-2009, the Centre for OSCE Research (CORE) in Hamburg had the pleasure of conducting a series of chairmanship training courses to prepare many of them for their tasks. Kazakhstan’s Chairmanship represented an intense intellectual exchange with elites and societies from different parts of Europe, which is one of the particular added values of the OSCE.

Kazakhstan is a contributor to mutual understanding of Asian issues in Europe and European issues in Asia. While it makes no secret of its criticisms of various sides of the OSCE, this has never prevented it from making active contributions and shaping the organisation’s agenda. During its Chairmanship, the Kazakhstan delegation led – very professionally – a year of lively East-West discussions in the framework of the OSCE Corfu Process. The declared objective of Corfu was to rebuild trust between the states. Apparently, this goal could not be achieved. At the same time, Kazakhstan, as a country between two continents, set a number of new accents in these discussions and in the OSCE itself.

Kazakhstan’s Chairmanship gave Central Asia an active part in the political picture of the OSCE. As German State Secretary Gernot Erler put it, it encouraged the Central Asian states “to conceive of themselves as active ‘co-owners’ of the organisation, not merely as addressees of its policies.”

On the other hand, Central Asia and its agenda were anchored in European political thinking more deeply than ever before. European heads of state and government paid tribute to the increased significance of Central Asia and, specifically, to Kazakhstan’s role when they came to the OSCE Astana Summit. No other country but Kazakhstan would have been able to arrange such a major political OSCE event at this particular point in time. Apart from this political symbolism, Astana was also a good place for them to give the OSCE a new geopolitical description of the “most inclusive and comprehensive regional security organisation in the Euro-Atlantic and Eurasian area.” Undoubtedly, this recognised worldwide shifts of economic and political gravity towards Central Asia and Asia.

The “vision of a free, democratic, common and indivisible Euro-Atlantic and Eurasian security community stretching from Vancouver to Vladivostok, rooted in agreed principles, shared commitments and common goals,” which was formulated in Astana, clearly exceeded the-then current political feasibilities as did the non-adopted Astana Framework for Action.  Even so, they triggered discussions across Europe and created reference points for later dialogue.

Finally, the Kazakhstan OSCE Chairmanship brought a renewal, not the abolition or reduction of the OSCE human-dimension principles and commitments. Thus, this particular component of security still remains a given fact in political Europe. Then again, the way to practically handle the participating states’ commitment to common responsibility over their internal affairs is subject to current discords in the OSCE. The open-ended reflection process on the participation of civil society organisations in OSCE events and the other disputes over the OSCE Human Dimension Implementation Meeting (HDIM) are evidence of this.

Finally, Kazakhstan has also been innovative in its cooperation with the OSCE within the country. At present, the OSCE runs the OSCE Programme Office in Astana that has a history of changing formats, mandates and names. For years, Kazakhstan seems also to have considered other options for interacting with the OSCE. Kazakhstan’s neighbours and friends follow, with great attention, these considerations about thematic or other forms of future co-operation.

Moderating between the sides, contributing to mutual understanding

In many regards, Kazakhstan is a rising moderator and promoter of regional co-operation in Central Asia, between various players of the European continent and beyond. This also corresponds with the country’s purposeful development towards the ambitious goal of reaching the top 30 of the most developed nations within the next three decades.

Kazakhstan has a unique standing in many international formats, such as the OSCE, the Shanghai Cooperation Organisation (SCO), the Collective Security Treaty Organisation (CSTO), the Kazakh-initiated Conference on Interaction and Confidence-Building Measures in Asia (CICA) and the Organisation of Islamic Cooperation (OIC). Through Kazakhstan, a non-permanent member of the UN Security Council from 2017-2018, Central Asia has been represented there for the very first time in UN history.

Kazakhstan played a visible role in OSCE mediation efforts in the 2010 crises in Kyrgyzstan, while international organisations and major states largely refrained from undertaking measures. Currently, Kazakhstan is the host for the International High-Level Meeting on Syria – the peace-negotiation format in Astana that includes the Syrian government and opposition groups; Iran, Russia and Turkey as guarantor states and the UN, the U.S. and Jordan as invited observers. Here, Kazakhstan is accumulating sophisticated know-how in international conflict mediation that could be of particular interest to the OSCE. There is now a remarkable pool of leading Kazakhstan politicians and diplomats with the respective experience and skills.

It is widely known that Kazakhstan initiated and has hosted the triennial Congress of the Leaders of World and Traditional Religions since 2003. Leading OSCE representatives have participated over the years in this innovative, inter-faith dialogue process, the participants and topics of which are relatively new to the OSCE. To some extent, the congress in Astana nourishes OSCE discussions on specific matters such as the interdependence of religion, tolerance and non-discrimination, mutual respect and security, not to mention preventing violent extremism and radicalisation. Kazakhstan, as a country with a predominant Muslim population, is in an excellent position to spread OSCE know-how in the Asian and Muslim world. While the sixth congress is scheduled for October 2018, the secretariat of the congress in Astana would also be a valuable interlocutor for the OSCE Network of Think Tanks and Academic Institutions that, right now, is leading discussions on the interplay between religion and security in the OSCE context.

When thinking about Kazakhstan’s future contributions to the OSCE, a significant role could be envisioned in mediating and interpreting between Europeans and Asians with a view to mutually understanding the ongoing security debates in the OSCE, on the one hand, and in the CICA, the SCO and the CSTO, on the other hand. Kazakhstan is a member of the Eurasian Economic Union (EAEU) and a neighbour of China, with its growing influence, that currently is intensifying efforts to connect with the world along its “Belt and Road Initiative.” Europeans perceive Kazakhstan as a knowledgeable interlocutor that is well-connected and has experience in both directions. Within the Central Asian region, the matter of regional economic connectivity is another subject of growing importance. We can only hope that these fruitful directions in Kazakhstan’s foreign policy will continue and even grow in the future.

The author is deputy head of the Centre for OSCE Research.