OTOSOTR: WWII monodrama to be performed in UK and US

ASTANA – OTOSOTR (On the Other Side of the River), directed by Tatyana Kim and performed by Kazakh actor Anatoliy Ogay, has been included in the official programme of the Edinburgh Festival Fringe, the world’s largest theatre festival, in August and the main programme of United Solo, the largest solo performance festival, in New York in October. 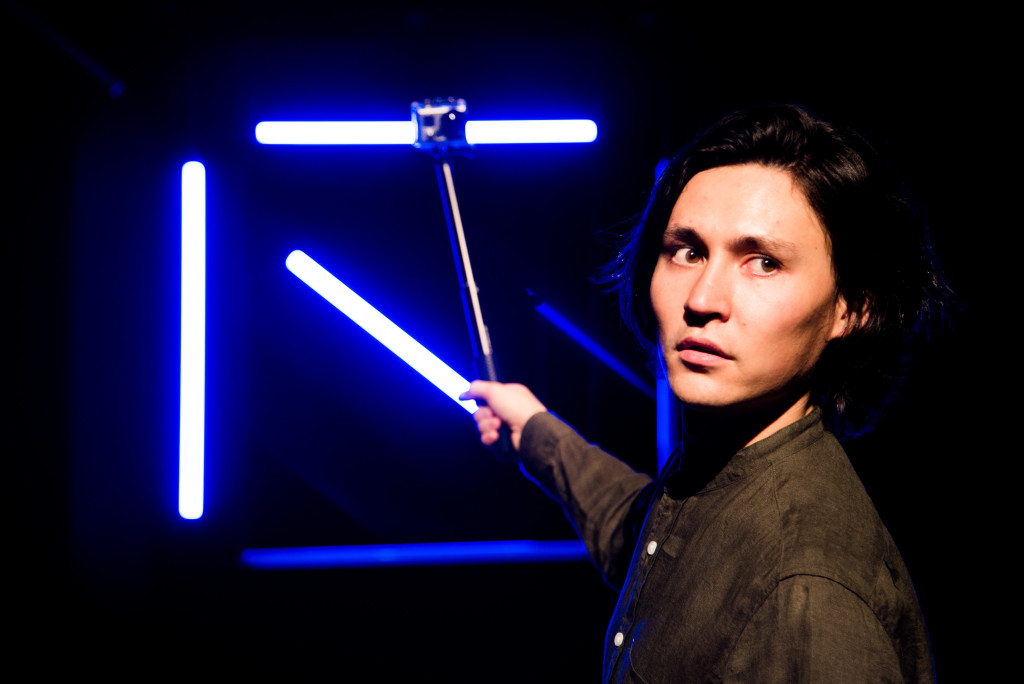 The monodrama, which premiered in early May at ARTiSHOCK Theatre in Almaty, tells the story of Soviet soldier Anatoliy Ogay. His grandson, who was named after him, is the single actor and narrator.

Partners in life and art, Ogay and Kim have been living, studying and working in Los Angeles for more than six years. During their stay in Almaty, they shared impressions from their premiere performance and talked about upcoming festivals in an interview for this story.

“It was amazing. We started preparing for the show in Almaty in March – rehearsing, tuning up the script, contacting the press and all that jazz. The event seemed so far away, but the next thing you know, you are singing the closing tune and wishing there was one more show the next day. There definitely was a moment of sadness after we were done, but at the same time, we knew our next move on the map was more shows to be excited about,” said Ogay.

“We had three shows and all three nights were sold out, which makes us really happy. It is important to mention that this success was achieved by goal-oriented and dedicated teamwork. Our amazing co-producer Galina Kiryan and PR director Larissa Pak helped us tremendously along the way. Bringing people to the theatre to a mono-play where the main topic is war is a tough task, but we accomplished it with success. One of the surprises for us during our short run was that a lot of guests were not familiar with the form of a monodrama and in some cases with the modern theatre in general. Another surprise was the age of some of the audience members. A lot of them were between 10 and 18 years old. That was one of our goals – to bring the generation of the Internet to see this story and share our version of the war in the language they understand and talk,” added Kim.

Ogay devoted his performance, held during the Victory Day celebration, to his grandfather, one of 200,000 Koreans deported from the Russian-Korean border by the Soviet government in 1937. The performance explores the life of the 17-year-old Soviet soldier, who fought Nazis in Berlin in 1945, survived the Communist regime in 1991 and preserved his Korean identity throughout his life. 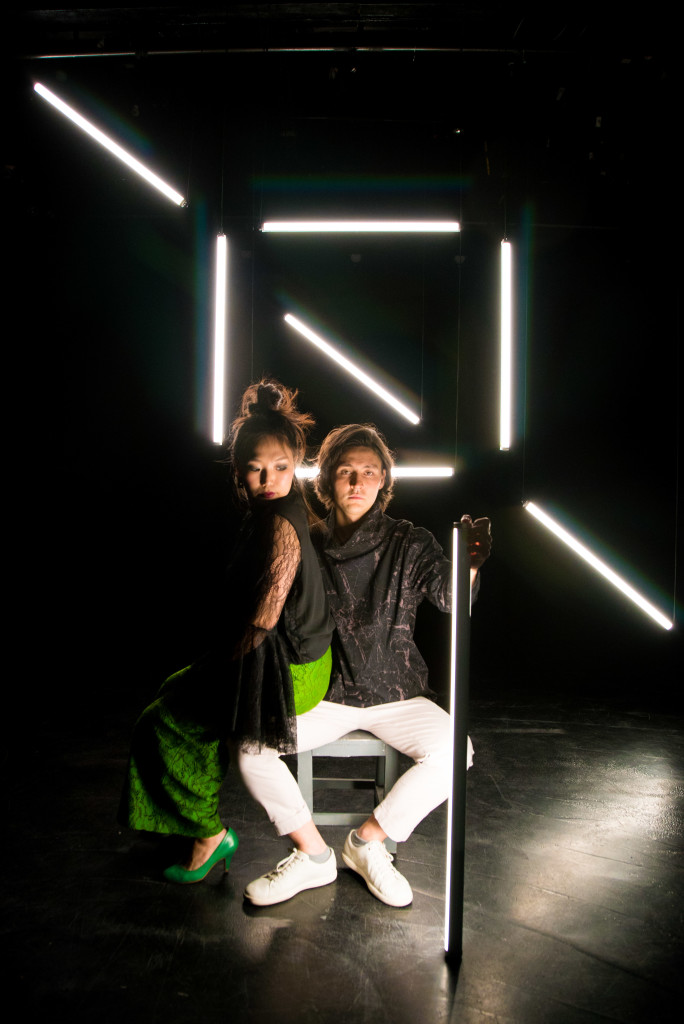 “This work started as a pure desire to pay respect to the memory and bravery of my grandfather. However, during the process of creation, as an artist I began asking myself questions about why I am doing this. I knew that the story was strong and the form is interesting to explore, but with the main question being unanswered, the whole thing would be pointless. From the first glance, we are living in a time where art is created just for the sake of art, but I believe that right now it is even more important to have a strong basis under everything an artist creates. In this philosophical search, I came to a conclusion that this work should be seen and heard specifically by Generation Z. Not to forget and never repeat,” said Ogay.

“It was important for us to show the other side of the medal – what is left inside a soldier’s heart when the trigger has been pulled, when the bullets have missed the target and when the enemy is just another young boy your age,” added Kim.

The Scottish festival, held annually since 1947, will provide a global stage for the monodrama about bravery and love of country.

“The festival was organised as an attempt to get over the terror of war and to celebrate peace with theatre and performance art. OTOSOTR was accepted to be part of the programme curated by Underbelly, one of the biggest venues at the fringe. We are doing a full run, which is 27 performances with one day off in the middle. This is going to be the first time a play from modern Kazakhstan will be shown in the biggest international theatre arena. Absolutely, it is an important moment for us and at the same time a unique opportunity to see theatre that came from the country that they only heard from a character of one of my favourite comedians Sasha Baron Cohen and recently from GGG (Gennady Golovkin). We are excited to share our little story with the world,” said Ogay.

“The show will be presented Oct. 27 on Theatre Row on 42nd Street in New York City. It is a great opportunity to see the most exciting, extraordinary solo theatre in the world. It is important to mention that while we are preparing for the international touring we are hoping to get support from people and organisations in spreading the voice of Kazakhstan’s theatre creators in the world,” he added.