By Elya Altynsarina in International on 12 June 2018 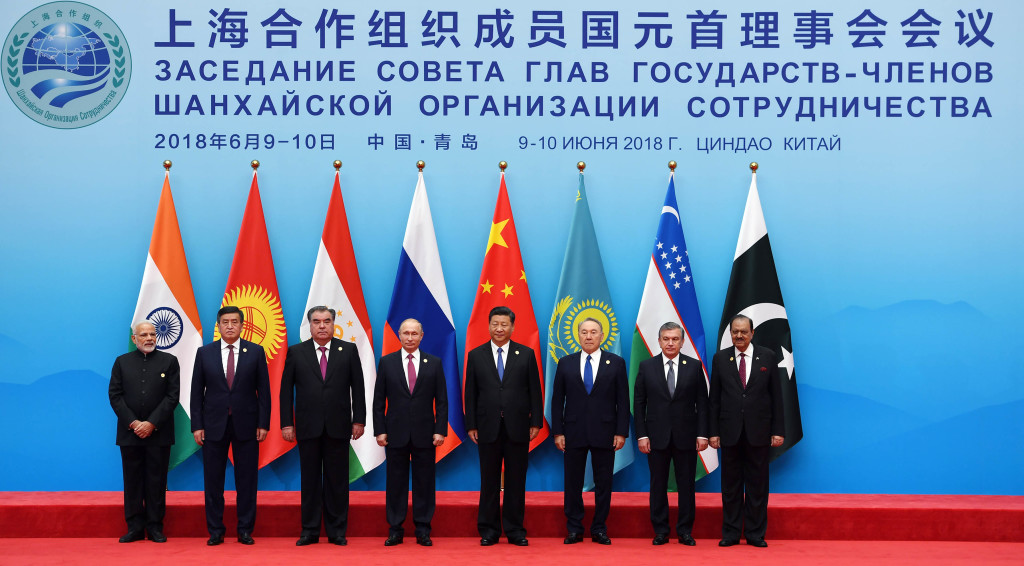 Nazarbayev told the gathering the recent addition of India and Pakistan has increased the organisation’s international influence.

“After the accession of India and Pakistan during the Astana summit, the SCO has significantly strengthened its role as an influential player in regional and international policy,”he said.

He also urged inter-organisation cooperation through the Treaty of Good-Neighbourliness and Friendship and Cooperation.

“The combined strength of the three-billion human potential of our countries shall be used to enhance the economic cooperation of the SCO, so it is important to ensure the transformation of trade and investment projects between our countries from a bilateral to a multilateral level,” he said. “And we are in favour of creating joint mechanisms for financing projects and mobilising technological resources within the framework of the organisation.”

The Kazakh President also proposed creating a platform to exchange information on digitisation and advanced technologies and cooperation on infrastructure “megaprojects” utilising the scientific, financial and human capacity of SCO member states.

Nazarbayev also proposed buildingthe Eurasian high-speed railway (EHSRW) along the Beijing-Astana-Moscow-Berlin route. “These projects will unite the promising format of cooperation between the SCO and the Eurasian Economic Union (EAEU)), and in the future, hopefully, the E.U.,” he said.

He also told the gathering that the new Astana International Financial Centre will assist SCO member state financial systems. He also reminded the group that an International Academy of Silk Road Sciences was created last year and that science organisations from 30 countries have agreed to work with the academy to support the Belt and Road Initiative.

He also said Kazakhstan supports achieving a nuclear-weapons-free Korean Peninsula through peaceful means only and continues its support for the Joint Comprehensive Plan of Action (JCPOA) on Iran’s nuclear programme.

He also invited SCO members to the Sixth Congress of Leaders of World and Traditional Religions Oct. 10-11 in Astana.

The SCO meeting resulted in the signing of 17 documents and five memoranda. The group also discussed using national currencies within the organisation. The meeting marked the end of China’s chairmanship, which was assumed by Kyrgyzstan.

On the sidelines of the meeting, Nazarbayev held bilateral talks with Prime Minister of India Narendra Modi and President of Mongolia Khaltmaagiin Battulga.

Speaking to the media following his visit to Qingdao, President Nazarbayev said he had a trust-based dialogue with his Chinese colleague, Xi Jinping. “There are no unsolved issues between our countries, but an open road for further development,” he noted.

He said the meeting with China’s leadership focused on industrial-innovative cooperation and investment projects, noting agreements have been signed for 51 projects and that 1,200 joint enterprises are already operating.