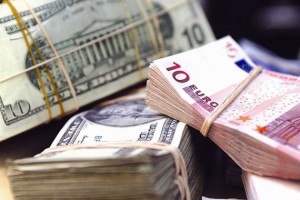 In April, the national currency exchange rate fluctuated in the range of 319.24-330.88 tenge per dollar. At the end of the month, the exchange rate was 327.25 tenge, weakening 2.8 percent during the month but strengthening 1.5 percent since the beginning of the year.

The report added the increased trading volumes of the tenge/dollar currency pair were in reaction to the volatility of Russian markets.

The Kazakh tenge got depreciated 19-percent in February 2014. The second wave of devaluation in August 2015 was even more dramatic. The government tried to correct it, but too many factors, including falling oil prices and additional downward pressure from the rapid devaluation of the ruble, influenced the economic situation.