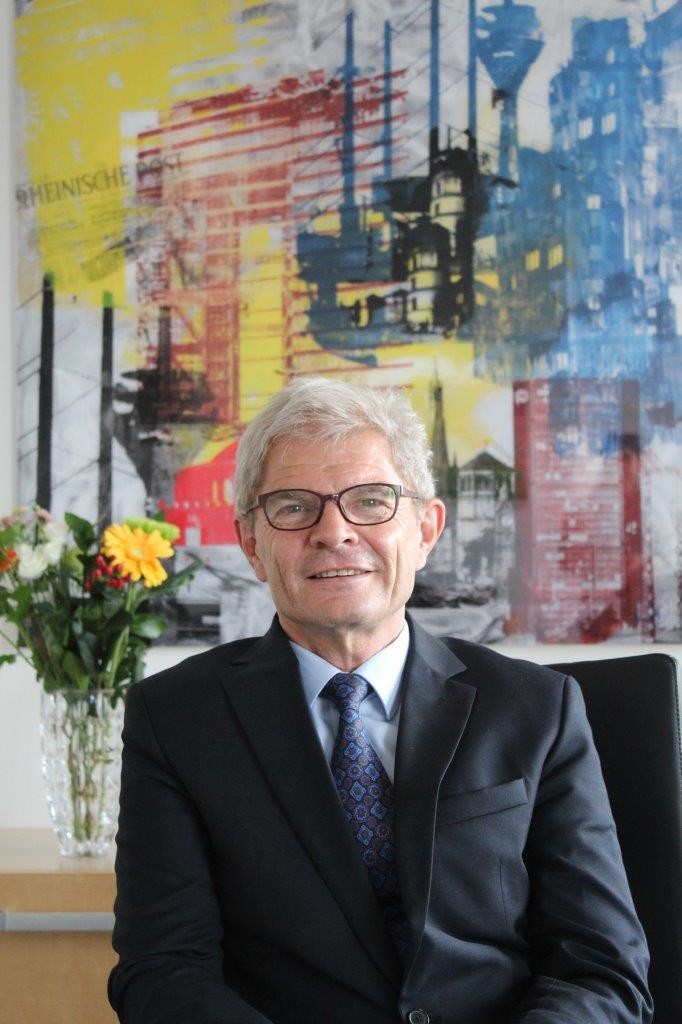 The Central Asian nation’s growing relevance as a political player is among the key factors contributing to the strengthening of bilateral ties between Kazakhstan and Germany.

“The relations and ties between Kazakhstan and Germany are very close. We have a very multifaceted partnership, including an excellent political dialogue, and flourishing economic relations. President Nursultan Nazarbayev, German President Frank-Walter Steinmeier and Chancellor Angela Merkel developed a long-standing relationship over more than a decade,” noted Mafael.

“In that sense, there is also a kind of emotional affection and affinity between our two countries, which I can feel here very often. As the speaker of the Mazhilis Foreign Affairs Committee Mukhtar Yerman recently said to me, to some extent we are still neighbours at heart. I think this is a very interesting picture of our relations,” said Mafael.

The multidimensional nature of Kazakh-German relations must also be put in the context of the Kazakhstan-EU partnership.

At the same time, Kazakhstan’s membership in the Eurasian Economic Union also affects the bilateral ties.

The German envoy noted the two factors contributing to the strengthening of the Kazakh-German partnership, including the “growing importance of Kazakhstan as a political player in the international arena and increasing role of Kazakhstan as a transportation and infrastructure hub in Eurasia.”

Last year’s expo and Steinmeier’s visit to Astana heightened the awareness of people in Germany of Kazakhstan.

“The expo and the visit of our president to Astana last year have very much increased attention for Kazakhstan in Germany. This becomes obvious if you look at the fact that there were 30,000 visitors to the expo from Germany, which means it was the third biggest group of visitors after Russia and China. We had many more delegations from government and economy than in recent years,” he noted.

“As for German imports from Kazakhstan, 90 percent are oil, and Kazakhstan is now the fourth most important oil supplier for Germany. If you look at the imports to Kazakhstan, most important area is machinery. Sometimes I am visiting companies that at first sight do not have any relationship with Germany and then find out, that most of their production machinery is ‘made in Germny’,” said Mafael.

Construction, pharmaceuticals and industrial goods as well as supplies to the oil and gas industry remain important areas of cooperation, yet Mafael expressed confidence in the agriculture sector’s potential “to become a much more important area of cooperation and investment.”

Digitisation and modern production techniques – in what is known as Industry 4.0 – and diversification of economy are among key areas of cooperation between the countries.

The priority now, the German ambassador noted, is to maintain these positive developments in trade and investments as well as in education and science, which are areas of significant importance for Germany.

“The most important project in terms of science and education is German-Kazakh University in Almaty, which has around 600 students. In the area of education exchange and language, a number of German institutions are active, including Goethe Institute, DAAD or our Centre for German schools abroad, ZfA. They are supporting 16 partner schools here in Kazakhstan,” said the German ambassador, stressing a growing number of partnerships between Kazakh and German universities in recent years.

Aside from the embassy, ten German organisations are present in Kazakhstan, including Konrad Adenauer Foundation, Friedrich Ebert Foundation and GIZ.

“Germany has a broad-based presence and a very broad interest in building our relations with Kazakhstan. One of our main objectives is to support the reform policy of President Nazarbayev and the country`s aspirations for modern democracy and modern state of law,” he said. To that end, Germany is actively assisting Kazakhstan in reforming its juridical and judiciary system.

Items on the international agenda that are of high priority for both countries encompass such issues as prevention of terrorism,  non-proliferation of weapons of mass destruction, stabilisation in Afghanistan and promotion of regional cooperation in Central Asia.

“We prepared together one informal meeting concerning Afghanistan (at the UNSC). If you look at the OSCE, we have been working very closely together on the issue of connectivity and Kazakhstan has very strongly supported the German chairmanship in 2016 in promoting this issue in the OSCE. In Central Asia, Germany is strongly supporting Kazakh efforts to increase regional cooperation. It was a German initiative to adopt an EU Strategy for Central Asia in 2007 and we have always been favouring regional cooperation,” noted Mafael.

One of the examples of German efforts in facilitating regional cooperation is the so-called Berlin Water Process, which has been launched in 2008 and supports trans-boundary water management in Central Asia.

“Since 2008, we have been working together with Central Asia on capacity building, promoting institutions and dialogue concerning water management in the region, and Kazakhstan is a key partner in this effort,” said Mafael.

“We should not forget the OECD, by the way. Germany is very happy with the stringent efforts of the Kazakh government to move closer to OECD, to look at OECD standards and include them in national legislation and practice and we are supporting Kazakhstan very much in these efforts,” he added.

Speaking of his personal experience in Kazakhstan, for Mafael, whose previous career largely focused on Europe and East Asia, it “turned out a very positive surprise.”

“Since having arrived here, I feel very much welcome in this country. We were surprised by Astana as a very modern and interesting city and by the warmness of people that we met both here and when travelling throughout the country,” he explained.

A father of five sons, he added that the importance of family in Kazakhstan and the warm and friendly way in which parents treat their children and vice versa makes him feel very positive about the country as well.