By Zhanna Shayakhmetova in Nation on 1 June 2018

ASTANA – Kazakh President Nursultan Nazarbayev honoured the millions of victims of famine, forced labour, deportation and other consequences of decisions made by the Stalin-led Soviet government in the middle of the 20th century with an official statement published May 31 to mark the National Day of Remembrance for Victims of Political Repression. 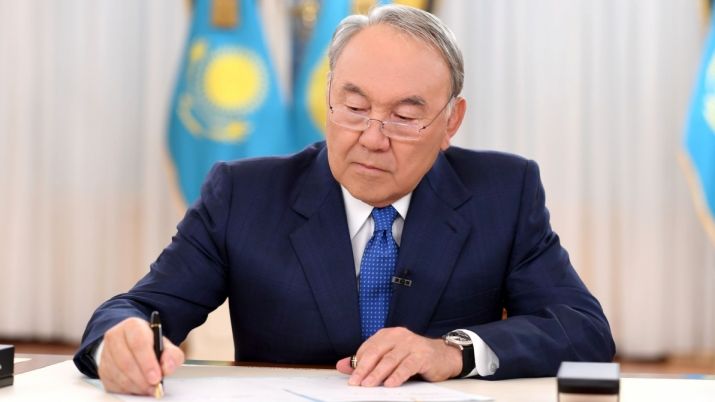 “Today we commemorate the National Day of Remembrance for Victims of Political Repression. We should understand the root causes of this tragic experience for many people in the 20th century. Evolutionary development was stopped due to the October political coup that took place in 1917. After that, the Civil War destroyed peoples’ way of life, as did the rapid industrialisation and collectivisation of agriculture conducted by the Soviet authorities, along with famine and violence,” said Nazarbayev.

The President said that the significant population losses experienced by Kazakhstan are rarely witnessed in history.

“Approximately 2 million people died and about 1 million more were forced to leave the country from 1929 to 1933. Political repression led to the mass deaths of the best representatives of Kazakh intelligentsia. For political reasons, 103,000 people were convicted of crimes and 25,000 of them were sentenced to death. Eleven [labour] camps were established in Kazakhstan. Repressed peoples and members of their families lived there in severe conditions,” he said.

The head of state noted that “not only Kazakh people but also 1.5 million repressed representatives of other ethnic groups were forcibly deported to Kazakhstan.”

“Compassion and help from the Kazakh people helped them to survive and gain hope. These were the results of a tragic experiment under the slogan of [building] ‘the bright future of communism.’ Such consequences are inevitable when revolutions happen instead of evolutionary development. The Kazakh Khalkyna Myn Algys [Gratitude to the Kazakh People] monuments erected in different regions of the country symbolise the sincere gratitude of numerous ethnic groups who found shelter on the Kazakh land. Our people kept their best human qualities despite many losses. Our people did not become hostile. Our people remained wise. But we will always remember these tragic experiences and appreciate our greatest asset – our independence,” he said.

Nazarbayev noted that “history lessons are valuable when young generations of Kazakh people study and understand them.”

“Social unity, interethnic harmony, economic stability and a strong reputation are reliable guarantees against the tragedies our people experienced in the 20th century. We should appreciate these achievements to prevent the mistakes of the past,” he said.

The Day of National Remembrance of Victims of Political Repression, a day to mourn those lost or negatively impacted by Soviet policies, has been observed yearly since 1997.