By Staff Report in International on 11 June 2018

ASTANA – Kazakhstan has been elected to the United Nations Educational, Scientific and Cultural Organisation (UNESCO) Intergovernmental Committee for the Safeguarding of Intangible Cultural Heritage (ICH). The vote was conducted at the seventh session of the UNESCO General Assembly, held June 4-6 in Paris, and national experts will participate on the committee for the next four years. 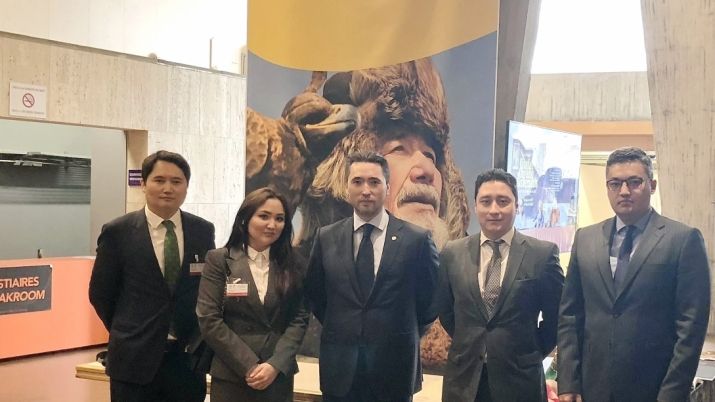 Kazakhstan’s candidacy was supported by 98 of 156 voting countries. Delegates who supported the selection noted the expertise of Kazakh specialists on the UNESCO and Islamic Educational, Scientific and Cultural Organisation (ISESCO) national commission, which strives to popularise the rich traditions and culture of the Kazakh people, as well as the nation’s international cultural engagement.

The country’s permanent UNESCO delegation thanked the general assembly for its trust, noting promoting Kazakh cultural heritage in today’s world is an important part of the Ruhani Zhangyru (Modernisation of Kazakhstan) programme. It added Kazakh committee members will work to strengthen expertise in the field and contribute to improving the theory and practice of preserving cultural heritage around the world.

ICH covers oral traditions and forms of cultural expression, performing arts, rituals and festivals, knowledge and customs about nature and the universe and skills associated with traditional crafts and their protection includes measures to ensure viability. The convention identifies, revives, documents, researches, popularises and creates conditions for their transfer to future generations.

The ICH convention, adopted in 2003, has been ratified by 178 nations. Its tasks are executed by the committee for the protection of ICH, which consists of 24 countries and coordinates its national and international efforts at regular meetings.

One of the convention’s key instruments is the ICH representative list. To date, the national committee, which operates under the National Commission for UNESCO and ISESCO , managed to include eight Kazakh applications – the art of kyi performance on dombra, Kazaksha kures (wrestling), assyk games, aitys (song competitions), skills for assembling a yurt (together with Kyrgyzstan), Nauryz (Traditional Spring New Year) traditions, hunting with birds and making fine bread (katyram/lavash/yupka/yufka). Five other applications are pending.

The work contributes to improving Kazakhstan’s recognition through its unique culture and attracts foreign tourists.