By Abira Kuandyk in International on 22 June 2018

ASTANA – Kazakh and Brazilian officials signed June 20 in Astana a treaty on mutual legal assistance on criminal matters, extradition and the transfer of convicted persons. 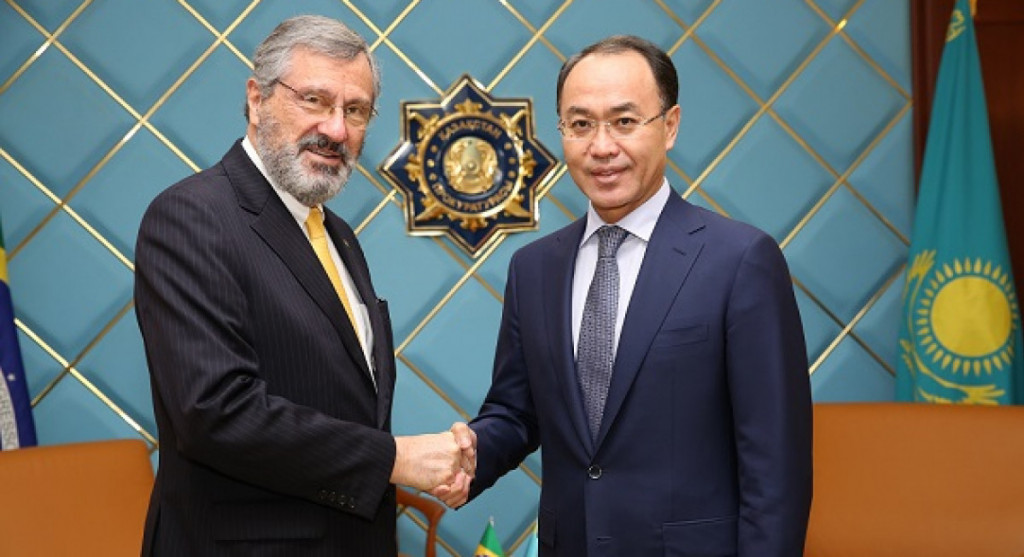 “Kazakhstan and Brazil need legal cooperation in criminal and civic matters, particularly in issues like extradition, recovering assets, exchange of prisoners, and the arbitration enforcement. All the legal means which makes the relationships more modern are in a particular interest within the General Prosecutor’s Office, the Justice Ministry of Kazakhstan and Brazil,” Brazilian Justice Minister Torquato Jardim told The Astana Times.

Jardim and Kazakh General Prosecutor Kairat Kozhamzharov signed the agreements that will create the legal framework for cooperation between law enforcement agencies in combating crime and protecting citizens’ rights.

The agreements allow procedural actions on criminal matters on the territory of another state, extradition of wanted fugitives, transfer of imprisoned citizens sentenced in another state to serve the sentence in their homeland.

“Contemporary world of electronic media suggests the legal areas should be as modern as technology is modern. Therefore, direct communications, certification of documents by ourselves will help to overcome long-held traditions of judicial relations and will speed up the legal processes,” said Jardim, who was visiting Astana for the first time.

The minister highlighted the importance of information and intelligence cooperation to combat emerging issues as transnational organised crime.

“Organised crimes are universal and very quick to adapt. They do not know legal system and the only way governments can match their speed under the law, by the law, and for the law is to improve and minimise bureaucracy between governments,” noted Jardim.

“By making the relationship and intelligence transnational, exchanging information and documents in a good and quick manner, the international community can combat organised crime,” he added.

“Five major challenges that our governments face are world drugs, arms trade, human trafficking, robbery, and terrorism. Four of five of these come under the same umbrella, they are operated by the same group of the organised crime community. Thus, we have to share personnel, intelligence, means of communication and operation to deal with these five challenges,” continued the minister.

The countries need to accommodate legal practices, judicial traditions, and legal systems. The first part of this exercise falls on the shoulders of governments, he added.