ASTANA – Kazakhfilm is shooting the second season of its historical series about the Kazakh Khanate in the Tulkibas district of the South Kazakhstan region. 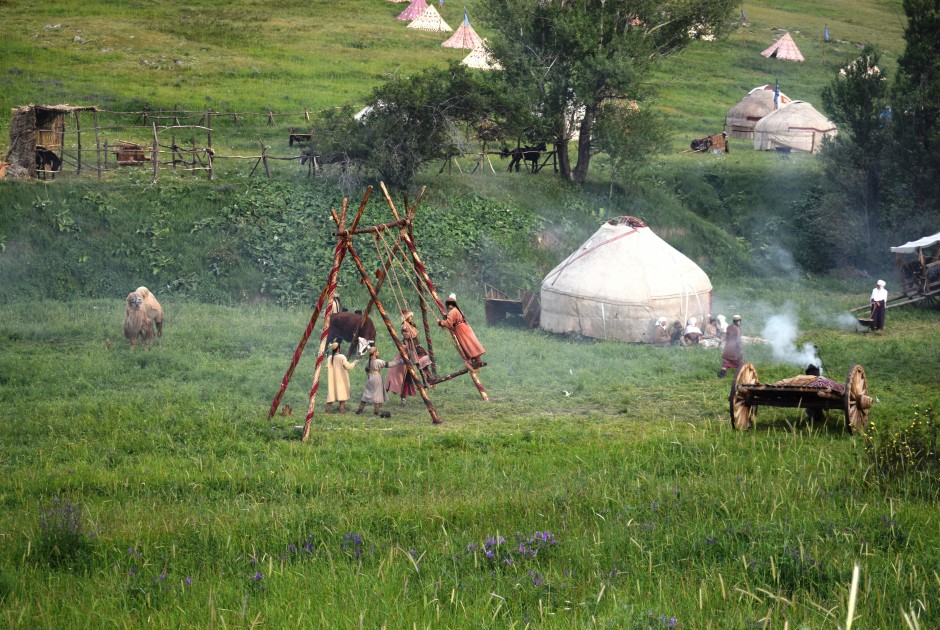 “The second season covers one of the most challenging time periods for the Kazakh Khanate and will display the violent battle between the Kerei and Zhanibek khans, the descendants of Abulkhair Shaibani fighting for power, and for Syganak, one of the khanate’s major cities,” said director Rustem Abdrashev.

Filming year two, with the working title “Kazakh Khanate. The Golden Throne,” began in the Almaty region. The crew then moved to the South Kazakhstan region to shoot scenes at the khan’s main residence and the clash between the Kazakh army and the Shaibanids.

“It is of crucial importance to have no traces of human activity while shooting a historical series and we found locations we need in the south. Moreover, the history of confrontation took place here as the Khanate was established at the foothills of the Karatau Mountains,” said producer Arman Assenov.

The shooting, which started May, is in full swing, as eight of ten segments have been filmed.

Last winter, the crew taped dialogue and monologue scenes in yurts constructed in Kazakhfilm pavilions. The acts shot in the Tulkibas district feature scenes in auyls (Kazakh villages), entries into the yurts and battles.

“This season includes a lot of action and will be much more intense. I think the audience will like it and we also expect the series to be popular among the youth, as we added more scenes to the script, but still adhered to historical records,” said Abdrashev.

In addition to the landscapes in the Tulkibas district, several scenes will take place in Turkestan and Taraz.

“Turkestan is regarded as the centre of the Turks. Therefore, it is very important to demonstrate the masterpiece of architecture and history in such a large-scale historical series. For example, Zhanibek khan’s inauguration will be filmed in Turkestan. Later, we will also shoot the Karakhan and Aisha Bibi mausoleums near Taraz,” said Assenov.

The series, dedicated to the 550th anniversary of the Kazakh Khanate, was commissioned by the Ministry of Culture and Sports and Centaurus Rustem Abdrashev Production.