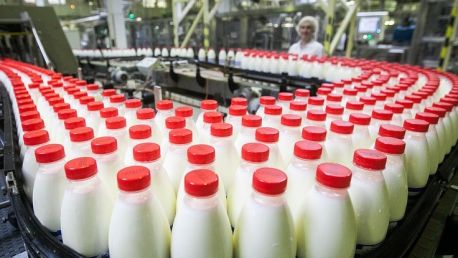 Chairman of Public Health Committee of Ministry of Health Zhandarbek Bekshin reported on the violations in the products of Russian Danone, which supplies the Kazakh market, at a press conference in Central Communications Service.

“This year, we examined the dairy products, even the products of the Shadrinskiy canning and dairy plant, and it turned out that it is part of Danone corporation. We found that this product contains vegetable fats, which are used in its production process,” he said.

He also noted that Kazakhstan has informed the Russian manufacturer that according to the rules of the EAEU all violations of the unified standards should be eliminated.

Bekshin said many Danone products are imported into Kazakhstan, and in the light of the latest scandal, when Russia’s Rosselkhoznadzor discovered antibiotics in the dry milk of this company, the health ministry began to thoroughly check the imported dairy products.

Earlier, Rosselkhoznadzor found tetracycline group antibiotics in Danone products. After their discovery, Rosselkhoznadzor conducted an unscheduled inspection of the plant and found that it had taken raw milk without veterinary accompanying documents, didn’t return milk with residual amounts of medicines and produced dairy in a room that didn’t meet sanitary standards. The company was fined.

In 1992, Danone became one of the first Western companies to enter the Russian market. At the end of 2010, Danone merged its dairy business with Russian Unimilk. The latter united about 30 milk processing plants and baby food plants. After the merger, the Danone-Unimilk group of companies became the largest producer of dairy products in Russia.