By Anuar Abdrakhmanov in Sports on 11 June 2018 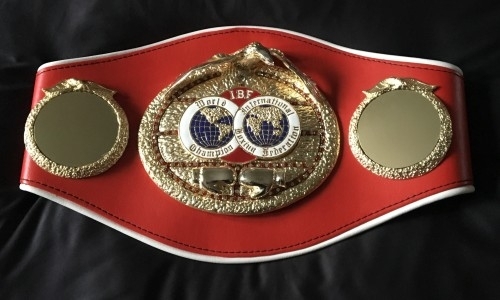 The decision followed a May 22 federation hearing in the United States attended by Golovkin, Derevianchenko (12-0, 10 KOs) and their teams.

Former world boxing champion Paul Malignaggi said he believed the federation stripped Golovkin’s title because the Kazakh boxer was taking too long to give other fighters the opportunity to compete for the title.

“It is a difficult situation. Other boxers should also have title fights and one should not hold the title for a long period. That is the policy. One can agree or not, but unfortunately it is often a part of the game. I remember my fight with Ricky Hatton, I should have vacated the IBF title because of the same reason, because of an obligatory defence fight. Sometimes the situation goes this way. I understand the situation with opponents – they should have an opportunity to fight for the title. The champions hold the title for a long period especially in the cases with rematches and trilogies. The peak of physical condition often lasts for only one or two years, but over this period the opponent does not have a chance to fight for the title. It is a tricky situation. On one hand, Golovkin is one of the best guys and rightly holds his belts, and on the other hand, there are other guys who deserve a title fight. That is one of the advantages of the concept of multi-championship. One can complain, but it is the reason why holding several championship titles is good,” said Malignaggi.

Golovkin is in the midst of negotiations for two fights. Talks with Mexican Saul Alvarez (49-1-2, 34 KOs) have reached a deadlock because of financial disagreements. Also, there is a possibility of a fight with WBO champion Billy Joe Saunders (26-0, 12 KOs), who cancelled a title defence fight with Martin Murray on June 23.