ASTANA – To mark the 25 years of diplomatic relations and 10 years of strategic partnership reaching a milestone in June, Kazakhstan and France are seeking to expand existing affiliations with new ones on the horizon. Education and innovation are among key areas, according to French Ambassador to Kazakhstan Philippe Martinet. 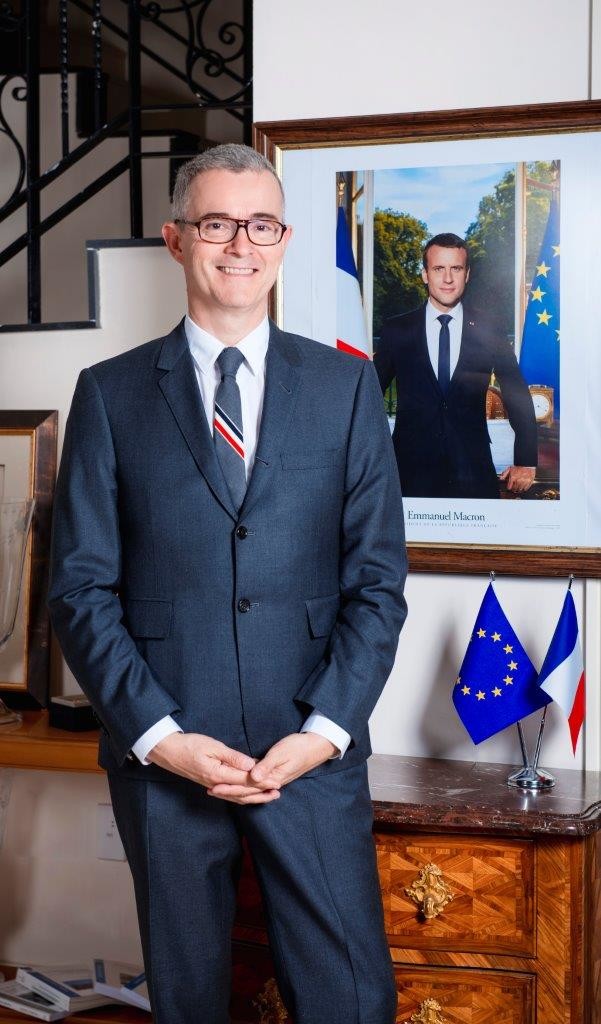 Of the 310,000 foreign students studying in France, only approximately 600 are Kazakh.

“Education is very important to us,” he said in a recent interview with The Astana Times.

“Starting this year, we have been working with the Nazarbayev Intellectual Schools (NIS) chain and we are almost about to complete the selection of students for preparatory classes in France. These (preparatory classes) are not like in Kazakhstan. This is called classes préparatoires in French (Classes Préparatoires aux Grandes Ecoles),” he added.

Although only six Kazakh students will be selected this year to participate in the project, it is an opportunity to immerse in one of the most competitive environments, as the workload in such schools is considered among the world’s highest. NIS, among the top schools in Kazakhstan, are also part of the project.

“In France, we have been in talks with the Ministry of Education over the past several months to reward learning the French language, because the situation is not very good in Kazakhstan in terms of this. There is an agreement to support French language teaching in up to 100 schools across Kazakhstan,” said Martinet.

The number of French language teachers in Kazakhstan, he noted, is down from 1,000 ten years ago to the current 250. As part of the agreement with NIS that have French classes, the schools will welcome French interns as teachers.

The two governments are committed to building new educational partnerships. The agreement endorsing the new Abai Verne scholarship programme was signed April 19 by the Kazakh Ministry of Education and Science and the French Ministry of Europe and Foreign Affairs.

“Ninety scholarships will be allocated for master students and 10 for doctoral students. The programme welcomes everyone regardless of major. We very much hope to encourage all to start learning the French language, because one needs a concrete reason and motive to learn French,” he said.

Graduate students will be trained for 10 months from September through June, while doctoral students will have a three-year programme with six months – September to February – spent in French universities each year.

“Our goal is to have people in Kazakhstan who know France and the French language and are willing to develop ties and help all who want to do new projects between our countries,” he noted.

The Sorbonne-Kazakhstan University campus in Almaty is another important educational project between the countries.

“The Sorbonne-Kazakhstan University needs to be reviewed. We would like the research component to be stronger and students to study the French language more, which is not the case now. So, we are in the process of reviewing the university, what is good and what is not,” he said.

Innovation, too,  has been a “big priority for the French government.”

“We can assist in creating an ecosystem for innovations. We already see the results. The policy did not start yesterday, but 10 years ago with different instruments. We have a lot of start-ups proposing interesting innovations, especially on climate change,” he said.

Kazakh students in the field will also be eligible for the Make Our Planet Great Again programme, said Martinet. French President Emmanuel Macron announced the programme last year to invite U.S. researchers and scientists to work in France following the U.S. decision to withdraw from the Paris Agreement.

“Currently, a new type of industry for sustainable development and reversing climate change is on the agenda. In this area, we soon want to propose around 10 new grants that will be focused on teaching all environmental disciplines. This is a very broad range,” said Martinet.

“Aside from grants to attract American scientists to France when the U.S. withdrew from the Paris Agreement, Kazakhstan will be the first country to have such a grant programme for masters,” he added.

Kazakhstan lacks experts in the field, a critical factor amidst the growing importance of the climate change issue and signs of climate change worldwide.

“The winter in Kazakhstan and Europe was very unusual this year and the reasons are known. We know this is due to the [situation on the North] Pole and movement of air masses, which is not normal. This is a symptom of climate change. That blizzard in Astana last January is a beginning. The key issue is how to adapt and faster minimise the impact of everything we do so that it will not get worse,” he noted.

“The understanding of international systems for France and Kazakhstan are almost similar,” he said.

Economic cooperation, however, reached a “certain plateau,” he added. Though the trade turnover totalled $3.3 billion in 2017, growing 38.5 percent within a year, there is a significant imbalance.

“We need to highlight that we are not satisfied with our trade indicators, because we have a huge imbalance. The situation, however, is not getting better; on the opposite, it is getting worse. This is why we really want for joint enterprises like Eurocopter, Galam and Kazakhstan Engineering to receive more contracts to boost development. This will be important to develop our relations,” said Martinet.

France is the third largest investor in Kazakhstan with the volume of investments reaching $13 billion. French companies remain steadfast in their willingness to invest in the nation’s economy, but doing so is not that simple.

“As in the past, there are French companies that are willing to invest in Kazakhstan. If we look at foreign rankings, the country is in a quite good position. In the Doing Business report, Kazakhstan ranks 36th. There are formal classifications, but there is also a reality and in reality, doing business in Kazakhstan is not always easy and simple,” he noted.

Approximately 130 companies with French capital work in Kazakhstan. The enterprises include the European Aeronautic Defence and Space Company (EADS) that built the Galam joint venture complex to assemble and test spacecraft in 2010; Eurocopter; Total, involved in developing Kashagan, Kazakhstan’s largest offshore oil field in the Caspian Sea; Alstom; Thales Group and KATCO, created by Kazatomprom and the French Areva group to mine uranium deposits. Areva has been regorganised and rebranded Orano earlier this year.

Since he arrived in Kazakhstan last October, Martinet had a chance to travel to other Kazakh cities: Kostanai, Semey, Uralsk, Shymkent, Taldykorgan, Oskemen, Karaganda, Zharkent and Khorgos.

“Calling Kazakhstan a Central Asian country is not the most correct thing, in fact. There are people of different backgrounds with different roots – Ukrainian, Caucasian, Korean. There is such a mix of cultures,” the ambassador said.

Kazakhstan is an “unknown land” for the majority of French people, he added. In contrast to its neighbours, the nomadic past of the Kazakh people left very few historic and cultural artefacts. It is a country with so many beautiful places that remains to be discovered by the French: high mountains in the east – Martinet has trekked up to the top of Mount Kumbel, toured  mysterious korgans in Taldykorgan, a mosque in the Chinese Buddhist style in Zharkent, Russian style streets in Uralsk, the fortress of Akyrtas, the tombs of the great ancestors and mystics in Turkestan and Taraz.

“When thinking of visiting Central Asia, the French would think of Uzbekistan or Kyrgyzstan,” he said. “They should think Kazakhstan.”