By Aigerim Seisembayeva in Nation on 4 June 2018 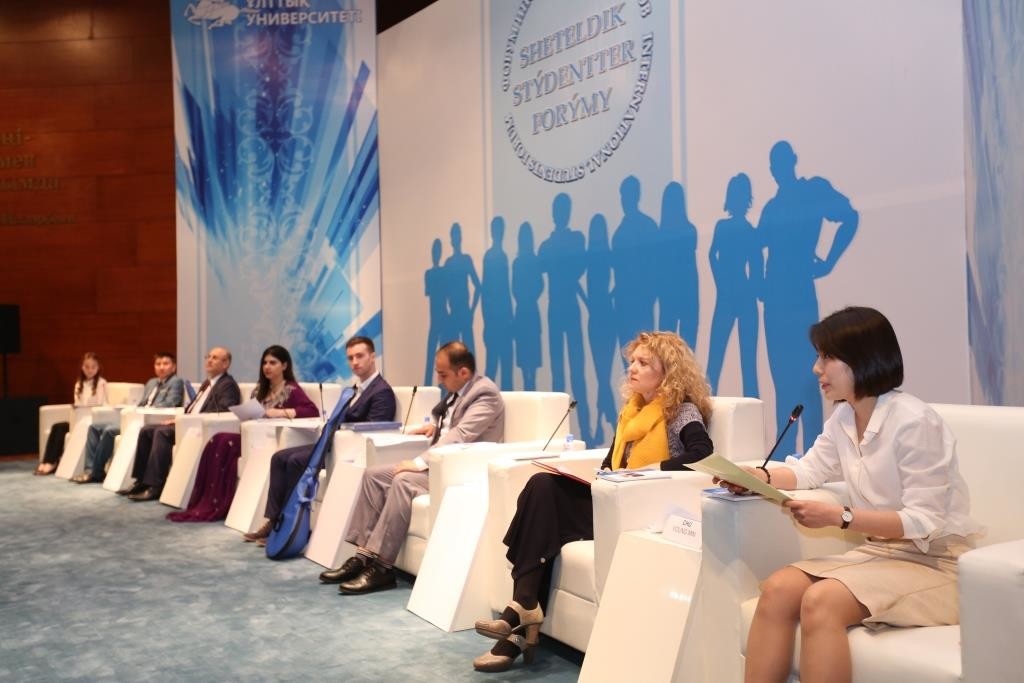 Participants discussed ways to expand the international impact of the programme, which was initiated in April 2017 by Kazakh President Nursultan Nazarbayev.

Student from France Jeremy Convert announced the launch of the 1001 Qadam (1001 Steps) Youth Project, which will hold rallies under the programme until the end of this year. He invited foreign students to implement the steps of the project upon returning home for their summer holidays, including donating a book about Kazakhstan to local libraries, publishing an article in local media outlets, taking part in thematic events, publishing posts about the programme on social media and other steps.

Second-year doctoral student of ENU from Korea Chu Young Min speaks Kazakh fluently. She says language is not only a communication tool, but an identification of a person and a nation. She noted it is important to remember this and be grateful to ancestors for preserving and communicating the language to the youth.

Yursa Al-Shahman, a student from Iran, stressed that for her, the programme was most interesting for the importance it attached to the development of trilingual education in Kazakhstan.

A visiting lecturer from Spain, Edita Denst-Garcia, spoke about the benefits of a project to translate the world’s best textbooks into Kazakh.

Second-year undergraduate student of ENU from China Kanat Kahar suggested including one of the legacies of Kazakh literature and traditions – Kazakh proverbs and sayings – into the programme. He also proposed including the names of Kazakh heroes buried outside the country.

Head of the Ruh.kz website and businessperson Abai Sergaziyev encouraged students to submit ideas to implement the programme.

The forum also presented a project to translate President Nazarbayev’s article “Course towards the future: modernisation of national identity” into the official languages of the United Nations. The project was developed with the participation of foreign students, visiting foreign professors and representatives of the university.

In addition, the forum announced the launch of the “We write using Latin script – we support Latin script” student project on social media.

The final document of the forum – the address by ENU foreign students – fully supported the Ruhani Zhangyru programme and called on all foreign students studying in Kazakhstan to support the forum’s newly launched projects.