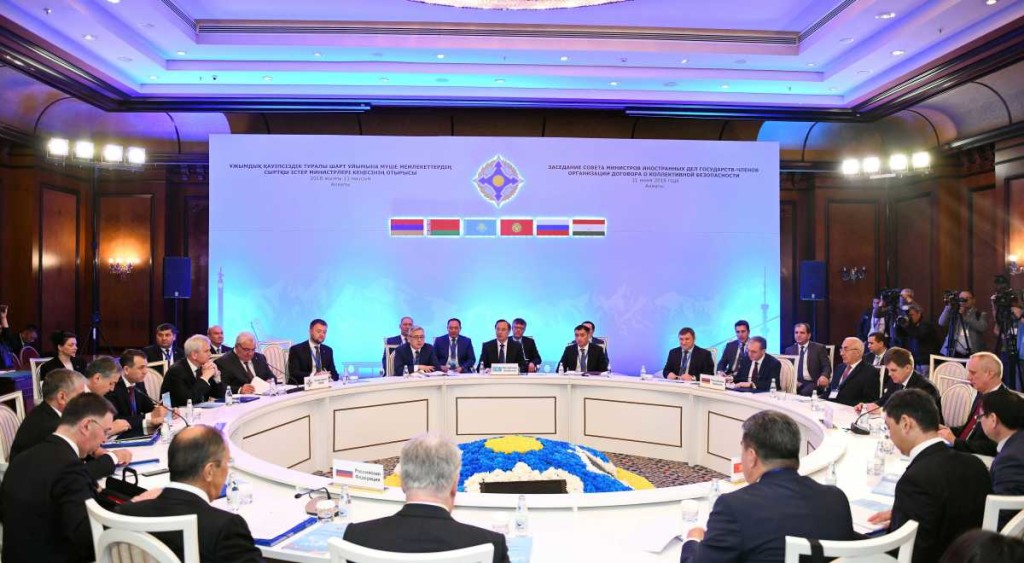 He said Kazakhstan’s chairmanship is focused on implementing the priorities presented by Kazakh President Nursultan Nazarbayev at the jubilee CSTO summit in Minsk in November 2017. They include the strengthening of military and military-technical cooperation, the organisation’s participation in the formation of an international system of global counter-terrorism, the development of joint approaches to counter cybersecurity threats and the development of measures to combat drug trafficking.

Kazakhstan also believes it’s necessary to strengthen the cooperation of the CSTO with the Commonwealth of Independent States (CIS), Central Asian Regional Information and Coordination Centre (CARICC), Conference on Interaction and Confidence Building Measures in Asia (CICA) and other international organisations, he said. Most of the foreign ministers’ council meeting participants arrived from Qingdao, China where the SCO Summit was held.

Another area in which CSTO partners should cooperate, said Abdrakhmanov, is in the implementation of Nazarbayev’s initiative to develop a Code of Conduct to achieve a terrorism-free world, which it is also being promoted by Kazakhstan at the UN. The document seeks to create a broad international coalition of partner countries on counter-terrorism and to achieve a world free of terrorism by the year 2045.

In addition to Abdrakhmanov’s comments, the ministers expressed hope that talks between the leaders of the United States and the Democratic People’s Republic of Korea will help resolve issues related to North Korea’s disarmament and the non-proliferation of weapons of mass instruction around the world.

They also discussed international issues, including the situation in Afghanistan and agreed the crisis in Syria can only be resolved through diplomatic measures, such as the Astana Process talks held in the Kazakh capital.

They also approved amendments to the agreement on the Legal Status of the Collective Security Treaty Organisation, which is meant to strengthen the institutions of the organisation. They also adopted a joint statement on the 30th anniversary of the entry into force of the Treaty on the Elimination of Medium- and Short-Range Missiles.

“Kazakhstan, as a party to this historic treaty, reaffirms its full commitment to this document and calls on all parties to maintain it and to strictly observe it,” Abdrakhmanov said.

Documents signed during the meeting will be submitted for consideration by the heads of state at the CSTO Summit in Astana this autumn. 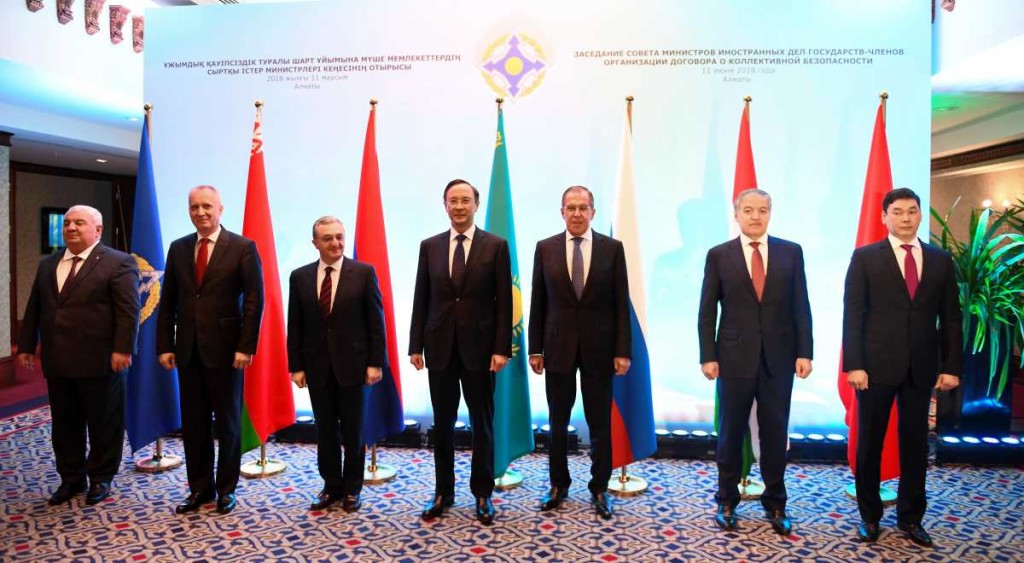