By Anuar Abdrakhmanov in Sports on 26 June 2018 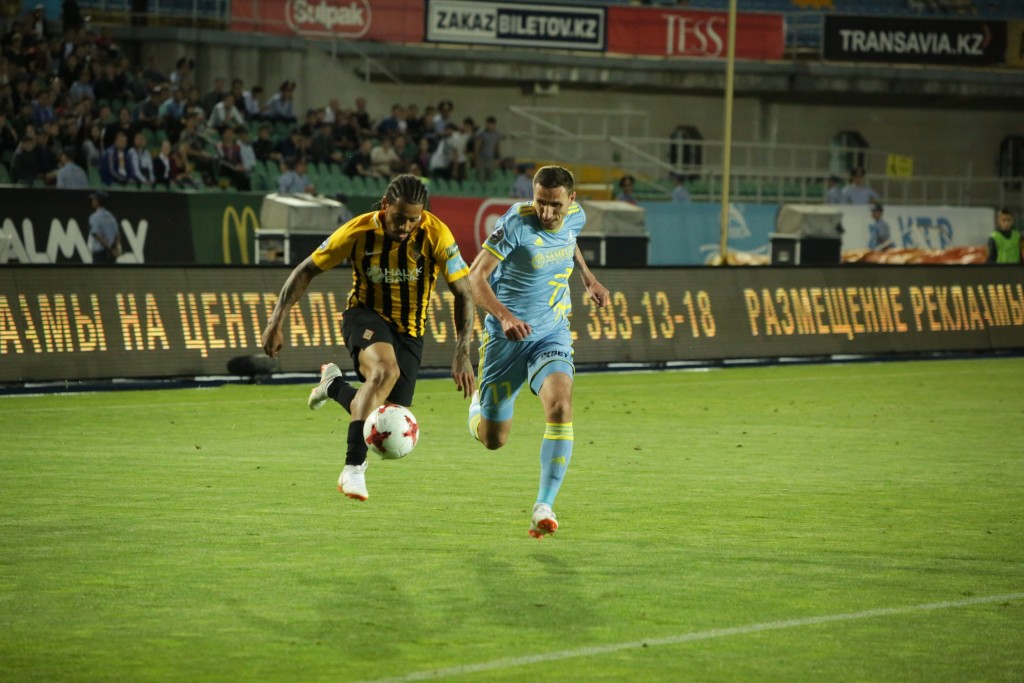 The match was the 15th round between the two leaders and FC Kairat was favoured, having won the last two out of three matches. The third match ended in a draw.

The win placed Astana first in the Kazakhstan Premier League with FC Kairat eight scores behind.

The second half was also an aggressive half with numerous penalties before Astana attacker Roman Murtasayev made a long-range goal, putting Astana ahead for good, 2:1.

“It is always difficult to play in Almaty, it is difficult to breathe, the field is not ours, nor supporters. But, thank God for our victory, because it is very important. We needed the victory. Because FC Kairat would able to catch up with us, if we lost. The whole team tried their best, worked very hard and reached the needed result – the reason we are here. This was the match that supporters like, that is of interest. The main thing is to justify all hopes of our supporters,” Murtazayev said.