A great vision of establishing Astana as a modern capital of Kazakhstan initiated by President Nursultan Nazarbayev has been materialised with unprecedented speed and in an excellent manner by combining modernity with Kazakh traditions. 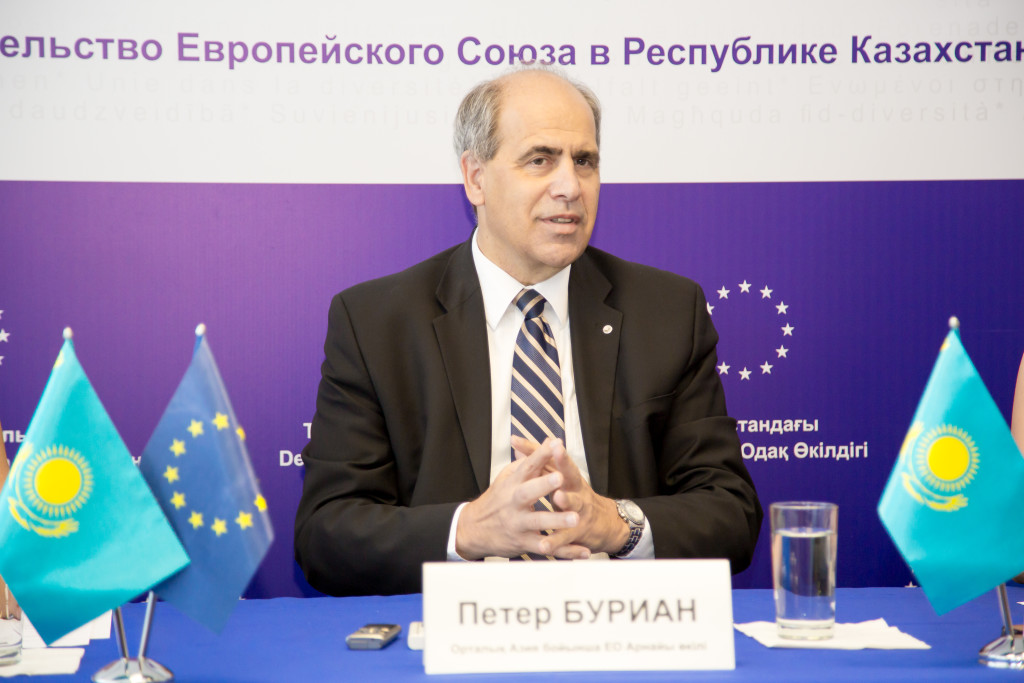 Turning 20 years old is reaching the age of maturity. Now Astana has grown into a beautiful and hospitable city where you feel the “warmth” even at minus forty.

In spite of a historically short period of time since its independence, the Republic of Kazakhstan has gained a very solid position and reputation on the international scene as an important contributor to peace and stability.

Astana has quickly established itself as a venue of several initiatives and events of global importance aimed at addressing regional and global challenges, including last year’s EXPO 2017 focused on future energy, which addressed one of the key questions of our future – how do we ensure safe and sustainable access to energy for all while reducing CO2 emissions.

I would also like to highlight a few important efforts and initiatives connected with Astana the European Union very much appreciates.

First of all, its contribution to global and regional efforts on non-proliferation. We hail the launching of the Low Enriched Uranium Bank that took place in August 2017 in Astana as an example of effective multilateralism and success for international cooperation in avoiding proliferation risks. The EU was proud to be a major supporter of this initiative. I believe in the current circumstances this initiative is more important and relevant than ever.

Second, its contribution to international and regional efforts in conflict prevention and conflict resolution, naming the Astana Process as one example in this regard but also praising the initiative of Kazakhstan to organise the first debate in the UN Security Council on regional security and development focused on Central Asia and Afghanistan. We have already seen concrete follow-up of this initiative during the Tashkent Conference on Afghanistan, which the European Union fully supports.

We believe Kazakhstan has a unique position in Central Asia to act as an engine for regional cohesion and cooperation. Based on our experience we believe the regional cooperation and integration are important factors of stability.

Kazakhstan’s active engagement has provided a very solid basis also for strengthening and expanding bilateral and multilateral cooperation with the EU in tackling various regional and global issues based on shared values and international commitments including effective multilateralism as the most efficient means for addressing existing challenges in the world.

As Kazakhstan has now become more prosperous and achieved the status of an upper-middle-income country, there is a growing potential for working together on development assistance in the region, contributing to stability in the region through focusing on sustainable development of the whole area, including Afghanistan.

I wish Astana and its citizens many happy returns, a lot of prosperity and vigour to pursue its role as a centre of peace and a place where people meet to discuss solutions for a better and safer life on our planet.

The author is the EU Special Representative for Central Asia.