ASTANA – The European Union delegation to Kazakhstan hosted another Ambassadors’ Cafe gathering June 5, drawing European ambassadors and Kazakh young people for an informal discussion at a local café. The event is part of the Day of Europe celebrations that started May 31 in Astana. 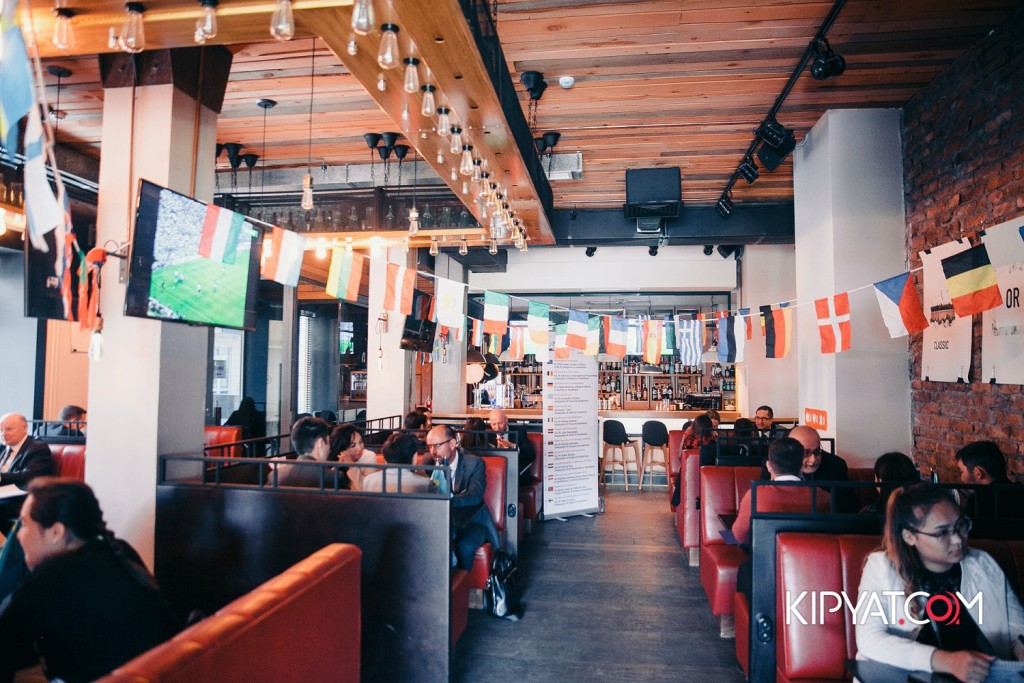 Europe Day is celebrated May 9 every year worldwide and marks the anniversary of the 1950 Schuman Declaration that pooled the French and West German coal and steel industries, leading to the creation of the European Coal and Steel Community, which later grew into the European Union.

Thirteen EU ambassadors and more than 45 students from local universities discussed a wide range of issues at this week’s gathering, including the partnership between the EU and Kazakhstan, agriculture, the rule of law, education and migration, and regional issues, among other topics.

EU Delegation to Kazakhstan Charge d’Affaires Zoltan Szalai noted that this is the third year the Ambassadors’ Cafe has convened. “We like it, because as you can see it is a very unofficial format, to sit down with the young people, and it gives us an opportunity to talk directly to the youngsters and young interested people to talk directly to the ambassadors of the European Union member states. It is a wonderful thing,” Szalai told The Astana Times. 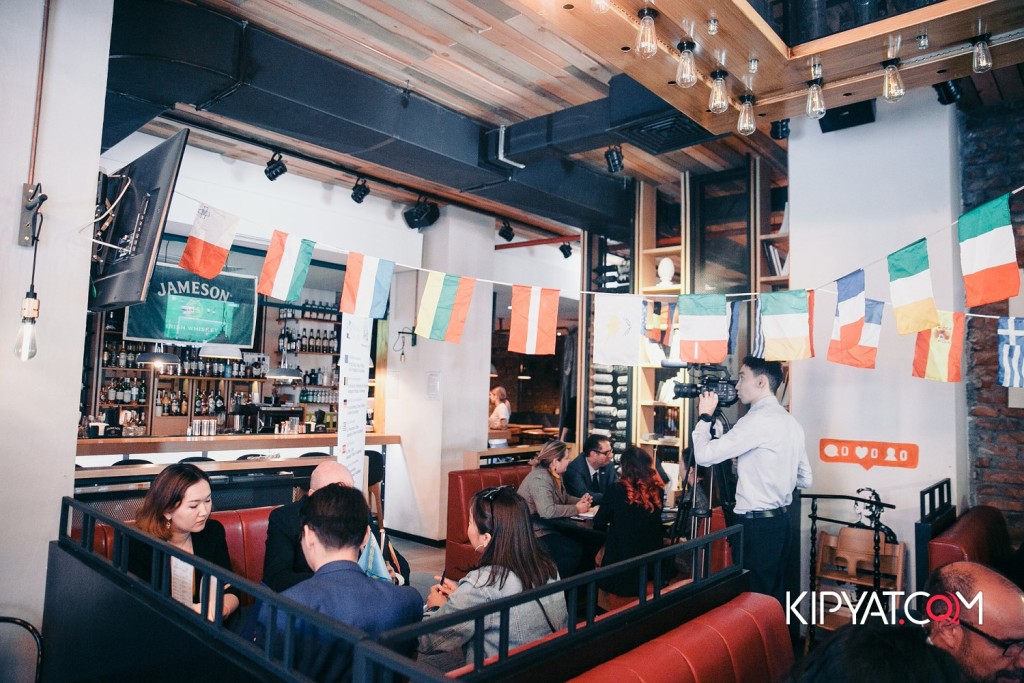 This year is special, he said, as the EU and Kazakhstan are celebrating 25 years of diplomatic relations.

“I was myself talking about the EU-Kazakh relationship and for other ambassadors it was up to them to decide what they would like to talk about. The issues are ranging from economic, social to political,” he added.

The topics are “just a framework.”

“They have the liberty here to talk about anything they would like to and from my experience I think that the discussion is very much determined by concrete questions, so it is not a monologue, but a dialogue, where people are asking each other different questions,” noted Szalai.

He stressed the strategic partnership between the EU and Kazakhstan and their “unique agreement,” referring to the Enhanced Partnership and Cooperation Agreement signed in 2015 expanding cooperation and dialogue across some 29 key policy areas. 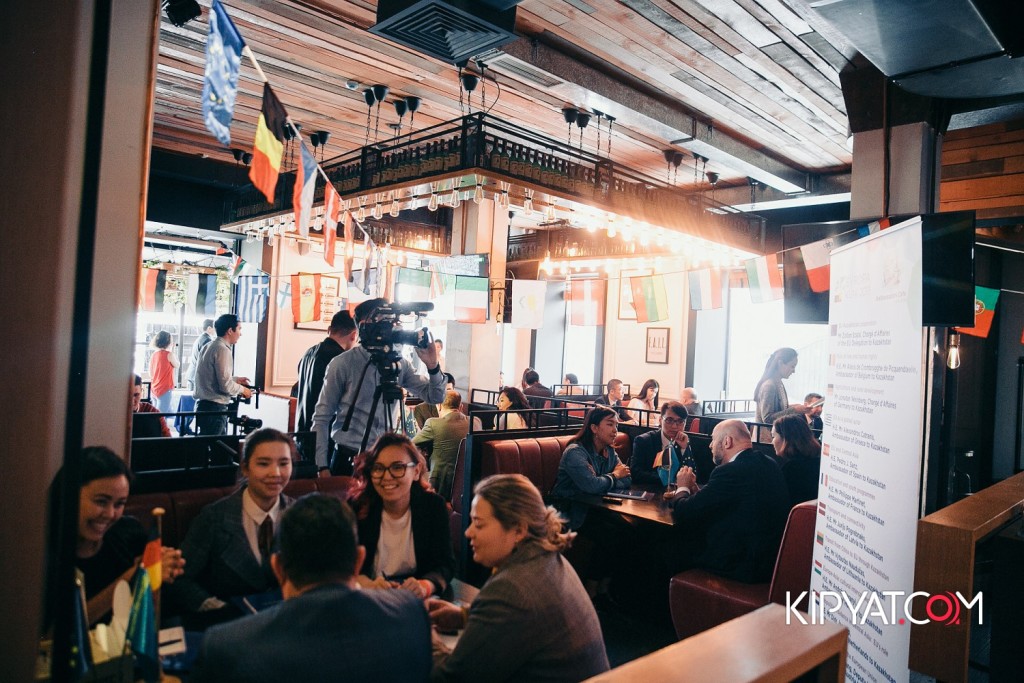 Kazakhstan was the first Central Asian nation with which the EU signed a new generation agreement. It has been provisionally in force since May 2016 after it had been ratified by Kazakhstan and approved by the European Commission. For its full entry into force the ratification by all EU member states and the consent of the European Parliament are needed. So far, 23 out of 28 EU member states have ratified the document, with the European Parliament giving its overwhelming approval in December 2017.

“As the name shows, it is not only wider but deeper cooperation. Kyrgyzstan and Uzbekistan are trying to sign similar agreements with the EU. I think if you are looking into the future, I am quite sure Kazakhstan will play not only an even more important role in this region, but in a wider region, promoting such issues as Afghanistan, for example,” he said.

The European diplomat noted that youth in Kazakhstan and Europe are very similar.

“My general impression is that Kazakh youngsters are very similar to the youngsters in Europe. This is the generation which is really global, and I think they are not only listening to the same music, but they have same perspective and same approach,” he noted. 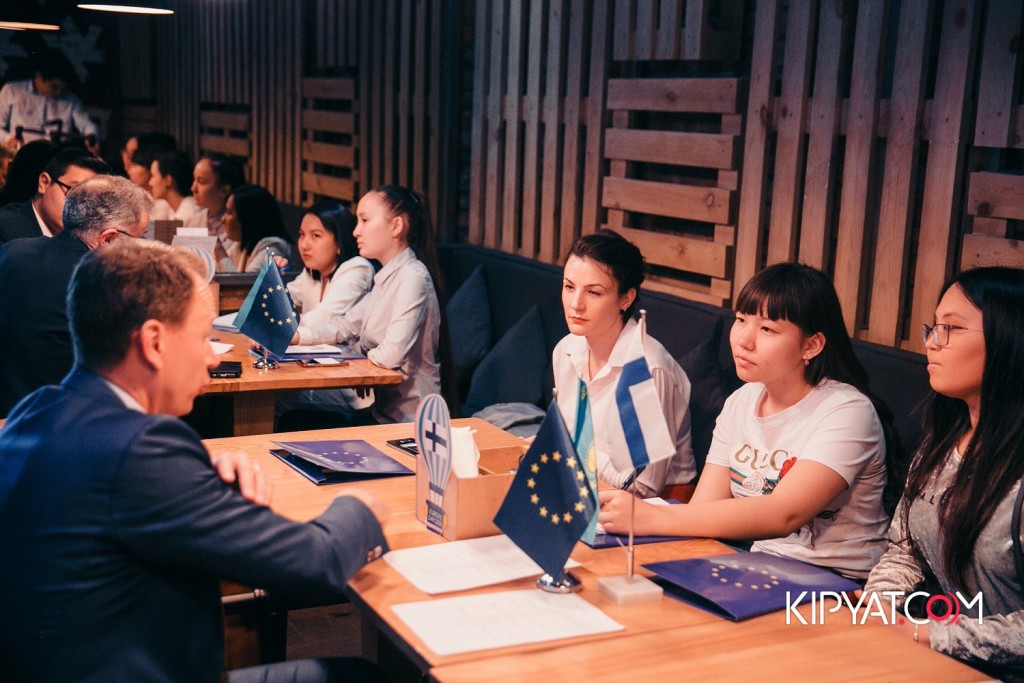 For Kazakh National Law University sophomore Raimbek Tuleshev, the good command of the Russian and Kazakh languages among the ambassadors was a surprise.

“I liked it [the event] very much. I am happy that many ambassadors know Russian language and some even know Kazakh. I think it is very good in the future for specialists and students to learn the news first hand. The impression is very good. I did not expect that they knew Russian or Kazakh, and could discuss and answer tricky questions,” Tuleshev said.

“We talked to the EU ambassador and discussed Brexit, European tolerance, problems in EU and Kazakhstan cooperation and what prevents European investors from coming to Kazakhstan,” the student reported. The European Union, as a whole, is the largest foreign investor in Kazakhstan and the largest trading partner for the country, accounting for approximately half of both foreign direct investment and foreign trade turnover of the Central Asian nation.

Europe Day celebrations will continue in Astana with an exhibition at the Kazakh National Museum featuring European and Kazakh clothing opening June 12 and runing through June 22.

The EU delegation will also organise a European film festival June 8 to 10 in Almaty and June 15 to 17 in Uralsk.