In 1993, the European Bank for Reconstruction and Development (EBRD) began actively working in Kazakhstan, investing more than $8 billion in the country’s economy to date. 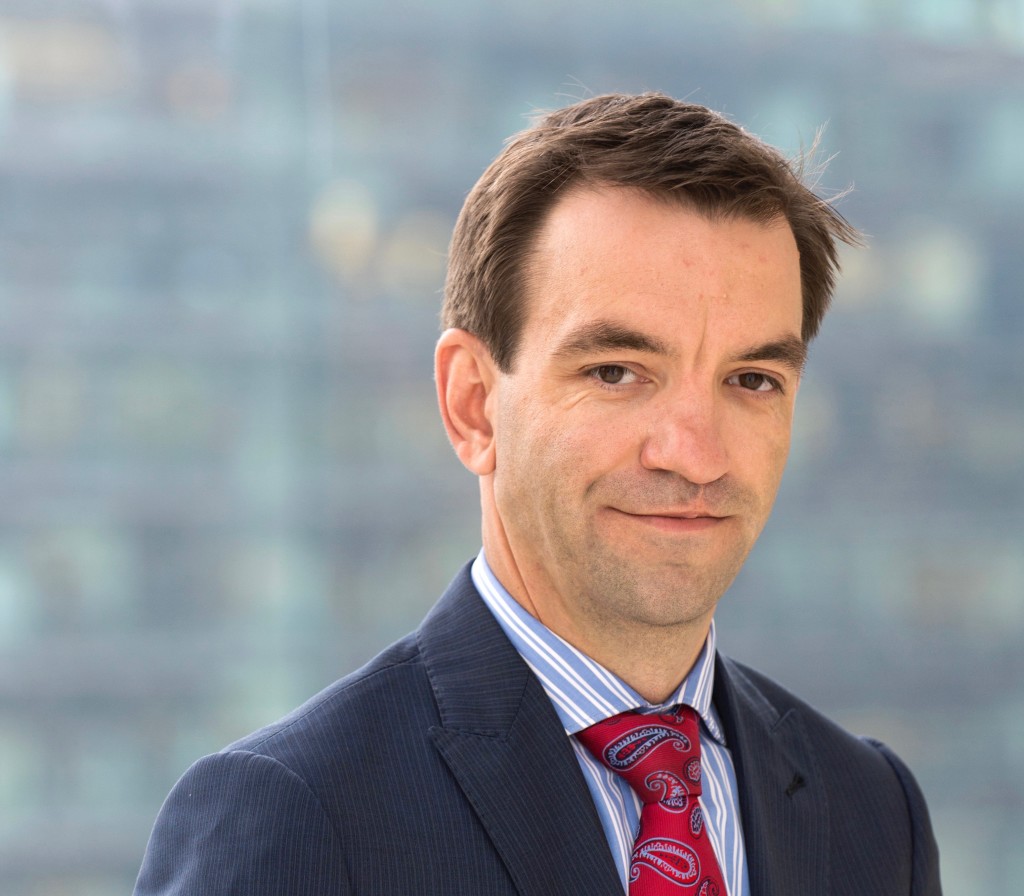 The current portfolio is estimated at $2.9 billion with 80 percent of investments in infrastructure, transport, energy and natural resources. The rest is dedicated to the small to medium-sized enterprise (SME) sector, which receives funds through financial institutions, as well as the directly funded corporate and agricultural sectors.

It is not only the amount of investments that is important, but also the impact of the Bank, working closely with the Government of the Republic of Kazakhstan and the private sector, on companies and the process of improving the legislative and regulatory framework in many sectors, also to the life of the country’s population as a whole.

Starting in 1991, Kazakhstan’s GDP has shown significant growth, reaching one of the highest per capita income levels among the Commonwealth of Independent States (CIS) countries in 2017, though still remaining below the level of developed countries. There is still a lot to be done and the role of the EBRD in the country is certainly growing, given that the Bank’s goals directly resonate with the tasks that the state sets for itself: supporting the development of a market economy, creating competitive business conditions, supporting the development of a green economy and others.

EBRD remains strongly committed to both investments and support of reforms in the country. In 2017 the Bank has signed 25 new projects for a total of $700 million in various sectors of the economy, including mining works (Shalkiya Zink for $140 million), municipal and transport infrastructure (irrigation project for $180 million), renewable energy (Burnoe Solar electric plant for $45 million) and SME (totally $55 million) in the shape of credit lines for banks.

The Bank successfully started 2018 with the signing of a project with French company Urbasolar for $8 million and on solar electric plant construction and a loan agreement with Mangystau Electric Grid Company (REC) for $40 million. It is also foreseen to conclude a row of contracts in the field of renewable energy, gasification and industry. All this witnesses the great investment opportunities in Kazakhstan for other foreign clients.

2017 and 2018 have been exciting years for the EBRD due to (but not limited to) green economy projects we have financed. Our headline project was investment in the Burnoe project 50MW solar electricity plant in the amount of $45 million, which is important in terms of support to the green economy, as well as to the renewable energy sector on a commercial scale. On the eve of the EXPO 2017, the EBRD signed a Framework Agreement with the Ministry of Energy worth $200 million.

Different fields of economy such as transport infrastructure also look attractive to the EBRD. The Bank considers the whole range, starting from municipal infrastructure and ending with irrigation systems. The Bank aspires to contribute to the development of the relevant eco-system for SMEs, which work in the most remote regions of the country.

In addition, it is worth highlighting the important role of the banking and financial sectors. The EBRD has a successful programme for SMEs, and another programme that supports women entrepreneurs through commercial banks in the country.

It is important to recognise strong progress on reforms that the country has made over last several years in particular. The EBRD made its contribution to the following areas:

1) To public-private partnership (PPP). The Bank supported the Government with drafting a package of amendments to the Law on Concessions, which was adopted in July 2014 and paved the way for launching the Almaty Ring Road PPP tender (also known as BAKAD PPP). The Concession Agreement for the BAKAD PPP was signed on Feb. 7, 2018. This is the first private concession road project in Kazakhstan with total project value more than €1.2 billion ($1.4 billion). After nearly 12 years of policy dialogue efforts, the signing of the Concession Agreement for BAKAD PPP is a major policy breakthrough for the Bank and other stakeholders involved in the project. The project is opening up the way for many more private infrastructure projects in Kazakhstan going forward.

2) To the regulative provisions on the renewable energy sector. The Government adopted partial indexation of the feed-in-tariff to hard currency and created a reserve fund to cover short-term losses. The auction rules have been approved with the first auction to be launched in May 2018.

3) To the development of inclusiveness and gender in the energy and natural resources sector. The new Strategy on the Family and Gender in Kazakhstan to 2030 was approved in December 2017. Under this strategy, developed with the EBRD support, the list of jobs legally restricted to women was revised (100 jobs were removed from the list).

4) To the development of the capital market. The Astana International Financial Centre was officially inaugurated in January 2018. The Astana International Exchange (AIX) adopted listing rules developed with EBRD assistance and will be fully functional in 2018. The AIX signed an agreement with NASDAQ in early 2017 for the acquisition of the NASDAQ Financial Framework trading technology. The system is now operational.

5) To the subsoil use sector. A new Code for Subsoil and Subsoil Use was adopted in December 2017 in Kazakhstan. The Code provides for new rules for granting subsoil use rights and amended transfer procedures for rights/assets with the aim of increasing transparency and competition.

6) To the process of privatisation. Achievements include corporate governance, transparency and other improvements at the level of blue chips of the Samruk Kazyna (SK) Sovereign Wealth Fund, as well as the sale of 334 small assets in 2017. However, the sale of major assets has not yet been accomplished. The IPO of the first three major assets will be held in the fourth quarter of 2018 and in 2019.

7) To the elaboration of the agenda for the Foreign Investors Council (FIC). A number of proposals developed by FIC members and supported by EBRD were adopted by the administration of the President of the Republic of Kazakhstan. These include proposals to create a platform for strategic discussions at the prime minister level and holding plenary sessions in a more flexible format.

One more area of reforms affects regulated sectors. Parliament adopted a package of amendments to the Law on Natural Monopolies in December 2017 in light of tariff reforms in the regulated sectors, which foresee the introduction of commercial tariffs for water supply and central heating starting in 2020. This kind of an initiative will support the wider EBRD work programme in the municipal sector, where the Bank has launched an investment campaign with the participation of municipal companies.

An Agreement on Expanded Partnership (AEP) between EBRD and the Government of the Republic of Kazakhstan in 2014, being prolonged for three years in December 2017, keeps staying the most effective interaction platforms to assist the activity of EBRD in Kazakhstan. AEP (in the frame of funding technical assistance and investment grant programmes of the Government of the Republic of Kazakhstan) has played an important role in investment attraction of the Bank to municipal and transport sectors, as well as to programmes for consultations to SMEs. The prolongation of the AEP in 2017 provides for new fields of activities including privatisation and the renewable energy sector.

What does EBRD expect in Kazakhstan?

Kazakhstan is still a priority for EBRD. Active work is ongoing upon the projects, which were already given a start. The results of the EBRD work on reforms in the country encourage optimism with regards to the new investments. There are plans in the current year to make a high volume of investments on the part of EBRD, which will depend on the existing market capacity.

It is important to note that progress in the implementation of the key reforms that the Bank has focused on will help stimulate investment in the private sector in the next three-four years. Already in recent years, one could observe a trend towards the development of private Kazakh companies, which operate within the framework of PPP projects, in the renewable energy, production and services sectors, as well as in the financial sector. This forms a basis for the subsequent increase of investments in the Kazakh private sector on the part of EBRD. The privatisation of blue-chip assets of SK and Baiterek, scheduled for the fourth quarter of 2018, will also contribute to the creation of further investment opportunities in this sector.

Taking into consideration the interest of large investors to the BAKAD project after signing the Concession Agreement, which is going to give an impetus to the development of similar projects in Kazakhstan, it is expected that more large-scale PPP projects, elaborated according to international standards, will appear. EBRD is ready to render assistance in the preparation of these kinds of projects and invest in them.

The work done by the Government over the past two years towards improving the situation in the financial sector has yielded good results. Moreover, there is a belief that in the medium term, the Bank will have more opportunities to work in this sector.

EBRD will continue assisting Kazakhstan in market change aimed at giving private companies more significant roles. In the nearest future, possibly the state of the EBRD investment environment will change, which will affect the changes in the country’s economy.

Formation of competitive economy of Kazakhstan

From its independence, Kazakhstan has reached considerable progress in the transition from the planned to the market economy having succeeded in its sustainable development. In 2017, real GDP growth amounted to 4 percent, significantly increasing from 1.1 percent in 2016. The exchange rate stabilised, despite some fluctuations caused by fears of pressure on the ruble in connection with sanctions imposed by the U.S. against Russia. The inflation rate fell and is in the range of 5-7 percent established by the National Bank in 2018.

The key question remains how the country will overcome the 4 percent growth mark and if it will be able to reach 5-6 percent of the growth needed for transition to the category of more developed countries. The basis will be formed by the effective use of key growth anchors such as improved transport links, thanks to the initiative of the Silk Road Economic Belt, as well as work to remove the main obstacles hampering the disclosure of the full potential of the private sector (the prevalence of state enterprises, underdeveloped banking and infrastructure and logistics sectors, the slow progress of the green growth economy, a certain imbalance in the sectors of the economy). At the same time, almost all these issues were reflected in the Strategic Plan for the Development of the Republic of Kazakhstan until 2025 and other policy documents, which is a positive indicator.

Thus, EBRD will continue to closely cooperate with the Government of Kazakhstan and the private sector of the country to remove obstacles and continue working based on key drivers of growth for the benefit of the country.

The author is Director, Head of Kazakhstan European Bank for Reconstruction and Development (EBRD). This opinion was originally published in Issue No. 2 of the Diplomatic Herald of Kazakhstan in June 2018.