ASTANA – Kazakh and foreign politicians and experts gathered June 5 for Astana: The City of Peace international conference dedicated to the 20th anniversary of the Kazakh capital. The focus of the discussion was past achievements, the role of the city in global diplomacy and opportunities for Astana as a growing centre in the heart of Eurasia. 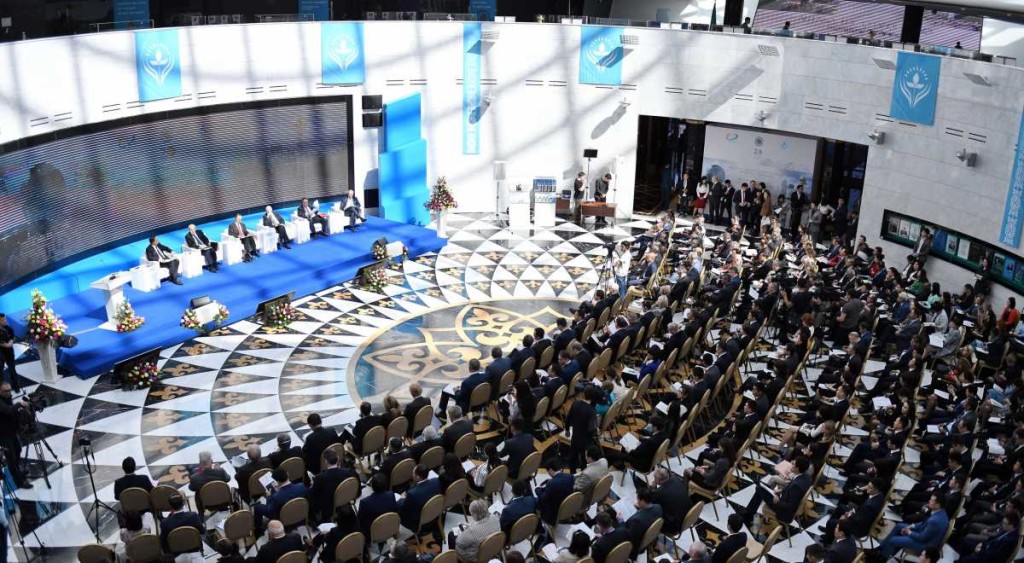 “Astana is the symbol of Kazakhstan and the flagship of its development. Its success is, first of all, an achievement of the First President, Nursultan Nazarbayev,” said Kazakh Foreign Minister Kairat Abdrakhmanov in his welcoming speech.

Dynamic development of Astana and the vision of the future were mentioned by Astana Mayor (Akim) Asset Issekeshev in his opening remarks.

“Twenty years is not so much for a city, as well as for Astana. Throughout the years, extensive work was carried out; a city, where a new generation grew up, has been built. Over the period, city population has increased threefold exceeding 1 million and annual volume of investments into the economy grew 44 times. Impressive economic and geographical growth makes Astana a model of modern urbanisation, high living standards and centre of innovations,” he said.

The next task set for Astana, according to the conference attendees, is to develop as a global city and become a key centre of innovation, healthcare, architecture, education, trade not only in Kazakhstan, but for Eurasia.

“The new programme for the city transformation was developed in line with 17 United Nations (UN) Sustainable Development Goals (SDGs) and Organisation for Economic Cooperation and Development (OECD) standards. To become one of 50 top intellectual modern global cities, Astana will secure its potential as business, cultural and scientific centre of Eurasia, attracting students, researchers, entrepreneurs from all over the region,” added Issekeshev.

The conference included three panels with the first session dedicated to the role of Astana in international dialogue with specific emphasis on major events, including the Organisation for Security and Cooperation in Europe (OSCE) summit in 2010, membership in Organisation of Islamic Cooperation (OIC) and Shanghai Cooperation Organisation (SOC), EXPO 2017, Astana Process peace talks on Syria.

The concept of a smart city and the role of the Kazakh capital as hub for finance, trade and transportations with particular focus on Astana International Financial Centre (AIFC) were discussed during the next two sessions.

Experts shared their vision of Astana’s development and proposed recommendations for Astana to become a smart city comfortable for living, to focus on human capital, tourism and to become the centre of investment, financial services and logistics in the region.

The event ended with the adoption of the conference participants’ address, congratulating the people of Kazakhstan on Astana’s anniversary and praising its achievements in diplomacy, peacemaking and international development.

Below is the full text of the address.

Address of the Participants of “Astana: The City of Peace’’ International Conference