Astana has contributed to the development of Muslim world

The collapse of the Soviet Union in 1991 led to the creation of five newly independent states in Central Asia: Kazakhstan, Kyrgyzstan, Tajikistan, Turkmenistan, and Uzbekistan. The dismantling of the Soviet Union made it possible for these Central Asian states to develop independent relations with the rest of the world, including the Islamic countries. Three of these countries became members of the Organisation of Islamic Conference (OIC) in 1992. In 1995, Kazakhstan joined the organisation; a year later, in 1996, Uzbekistan became member of the OIC. After Kazakhstan became a member of the OIC, it has started to be active in the organisation by demonstrating its prudent and wise diplomacy. 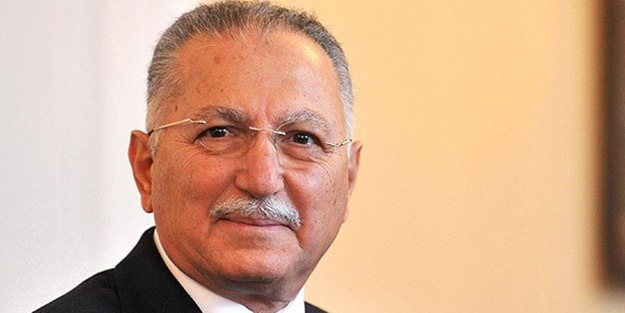 The people of Kazakhstan have for ages been part of the Muslim world. Islam came to Kazakhstan more than 1,000 years ago. The Lord Creator and geography have defined Kazakhstan as a unique place of convergence and eventually of dialogue between the Islamic, Turkic and Western cultures.

The Republic of Kazakhstan, from the very beginning, considered its interaction with the OIC one of the basic tenets of its foreign policy. Kazakhstan became an OIC member at the 23rd session of the OIC Council of Foreign Ministers held in December 1995 in Conakry, Republic of Guinea.

As a witness of this relationship, for almost one decade as Secretary General in 2004-2014 and for longer years as Director General of IRCICA, I can say that the prudent but wise policy of Kazakhstan towards the OIC has developed in two dimensions.

The first dimension relates to the conceptual framework when the OIC Extraordinary Summit in December 2005 in Macca for the first time in its history adopted the Ten Year Programme of Action, highlighting good governance, human rights and democracy principles, adopting special programme to increase inter-trade and raise expenditure on research and development. The meeting also changed the OIC Charter to harmoniously fit international standards, as well as reform its structure. This new vision of the OIC attracted Kazakhstan’s attention. I can say that Kazakhstan was one of the OIC countries that endorsed this vision and worked hard for its implementation.

The second turning point was March 2010, the appointment of Kazakhstan’s Riyadh Embassy as a permanent mission of Kazakhstan to the OIC, which facilitated contacts with the organisation.

Kazakhstan’s close cooperation with the OIC was aimed at strengthening its relations with its Muslim fraternity, which simultaneously expanded and provided the platform for promoting Kazakhstan’s foreign policy initiatives.

Kazakhstan has participated in all key OIC events on a regular basis, including summits, meetings of the Council of Foreign Ministers, sectoral ministerial meetings as well as annual coordination meetings.

Kazakhstan’s active participation in the OIC has also created the possibility of ensuring a big number of OIC countries’ support for its active foreign policy and major international initiatives, such as the CICA, chairmanship in the OSCE, hosting the EXPO 2017 in Astana, becoming a member of the UN Security Council, as well as initiatives in nuclear disarmament and promoting inter-civilisation and interreligious dialogue.

The OIC owes to Astana certain milestone achievements that will be always associated with its name and which could have not been so seamlessly realised without the personal and kind attention of Kazakh President Nursultan Nazarbayev.

It was here, in Astana, where the 38th session of the Council of Foreign Ministers of the Organisation of the Islamic Conference was held in June 2011. Let us not forget that this meeting took place after the eruption of the so-called Arab Spring in Tunisia, Egypt, Libya, Yemen and Syria. Therefore, it has become necessary for OIC countries to implement reforms in areas related to good governance, transparency, good education, social and economic development and fair distribution of wealth (building middle class).

All these tenets were enshrined in the Ten Years Programme of Action adopted during the December 2005 Extraordinary Summit. In this regard, the 38th session of the Council of Foreign Ministers in Astana was convened in circumstances reflecting the needs of implementing these targets, developing necessary institutions and mechanisms. Thus, at the end of its deliberations, it has decided:

Let me share with you my thoughts on this important 38th session of the Council of Foreign Ministers, where we organised a brainstorming session. I had conceived my thoughts as talking points for this brainstorming session, which aimed to work on political stability and economic development in the Muslim world. The session conducted critical self-examination to pinpoint strengths and weaknesses, as well as remove the causes of the member states’ differences to forge true solidarity and successful cooperation. This initiative was within the mandate of the Ten Year Programme of Action.

Long before the beginning of the so-called Arab Spring, these key principles were conceived in the 2005 Summit Meeting, which where enshrined in the Ten Year Programme of Action and became a constituting part of the New Charter of the OIC. The brainstorming session, here in Astana, examined the checks and balances mechanism of this vision because, as we all remember, in those days, OIC members were confronted with daunting challenges and dangerous developments with direct impact on stability, unity, prosperity and development. The dire need to speed up the process of concretising people’s aspiration to good governance, rule of law, human rights consolidation, broader political participation and dedicated national dialogue paved the way for organising this brainstorming session.

President Nazarbayev’s leadership bestowed the OIC with such major achievements in just one conference.

In my capacity as OIC Secretary General, I have visited Kazakhstan four times. The OIC ministerial meetings held in Astana approved more than one hundred resolutions, including those that promoted the initiatives of Kazakhstan in the fight against illicit drug production and trafficking from Afghanistan and rehabilitation of regions of the former Semipalatinsk nuclear test site and the Aral Sea, to count a few.

Under the personal attention and patronage of President Nazarbayev, OIC member states implemented Kazakhstan’s initiative put forward in 2011 at the 7th World Islamic Economic Forum and the 38th OIC Council of Foreign Ministers on the establishment of a food security mechanism. I had to note here, the establishment of this new institution was one of the fastest in OIC history and I feel happy and honoured to have contributed to its establishment process.

It was indeed one of the major achievements of the OIC and the most timely step towards addressing the dire requirements of food security challenges facing humanity.

There was never a single occasion that we requested President Nazarbayev for hosting any meeting in Astana or supporting any initiative, that he not only personally patronised but also ensured that it met with success and achievements.

It was thus that the major international initiatives, such as the Conference on Interaction and Confidence Building Measures in Asia (CICA), chairmanship in the Organisation for Security and Cooperation in Europe (OSCE), holding the EXPO 2017 in Astana, becoming a member of the UN Security Council, nuclear disarmament, promoting inter-civilisation and interreligious dialogue, to quote a few, were realised from the cradle of this beautiful city.

The idea of organising OIC summits on non-political fields like economy, science and technology where conceived and initiated when I was Secretary General. The first Economic Summit was organised in November 2009 in Istanbul. We had to wait for about eight years to hold the science and technology summit, which was only possible because of Astana’s hospitality.

The Astana Declaration and the OIC Programme for the Development of Science, Technology and Innovation until 2026 adopted here in this beautiful city now serve as the basic documents of the Islamic world in the field of science and technology development for the coming years. They set the main priority of scientific development in the 21st century, as well as formulate a number of specific tasks in which the Muslim world must make significant progress until 2026.

Hence, the Muslim world owes to Astana yet another big contribution, the holding of the first in the OIC history Summit on Science and Technology in September 2017.

Astana indeed is a role model city. I hope Astana would serve as a perfect example for yet another great initiative: the development of the strategic programme for Islamic Infrastructure Integration (Triple I).

Astana, as we see it today, is certainly a role model for peace, development and harmonious living. The OIC, the Muslim world, the international community, owe a lot to Astana, and would certainly always remain indebted to the vision and leadership of President Nazarbayev.

The author is the 9th Secretary General of the Organisation of Islamic Cooperation (2004-2014).