Archbishop of Astana: Kazakhstan supports peace and harmony at home and abroad

ASTANA – The Congress of Leaders of World and Traditional Religions points the whole world toward Kazakhstan’s path of peace-building, archbishop of the Metropolitan Archdiocese of Saint Mary in Astana and president of Bishops’ Conference of Kazakhstan told the Astana Times. 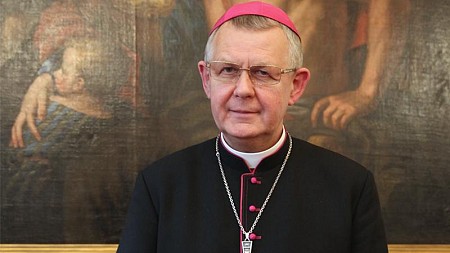 “First of all, we should congratulate our President, Nursultan Nazarbayev, on this noble idea. The congress of religious leaders is a platform for acquaintance and rapprochement of traditional religions,” Tomasz Peta said. The next such congress is scheduled for October 10-11.

Traditionally, the Vatican cardinal heads the delegation of the Catholic Church at the congress, addressing the event participants on behalf of the Pope. But of course, local Catholic clergy also try to participate in this important event, noted Peta.

At present, there are 80 Roman Catholic religious associations in Kazakhstan. All of them have passed the procedure of re-registration and are among the 18 denominations officially registered in Kazakhstan.

The Catholic Church, having historical roots in Kazakhstan, has become an important institution for preserving spirituality, moral values ​​and cultural identity in society.

Today, the Roman Catholic Church is viewed as a reliable partner of the state in solving the most important social and educational tasks.

“In 2017, the entire Catholic Church celebrated the 100th anniversary of the apparitions of the Virgin Mary in Fatima, Portugal. In Kazakhstan, the central celebrations took place in Karaganda, where the Cathedral of the Blessed Virgin Mary of Fatima, Mother of all Nations is located. Also in 2017, the Catholic Church of the Mother of God, Queen of the World in the village of Ozernoe [in the North Kazakhstan region] was included in the sacral map of Kazakhstan. Ozernoe is a place of pilgrimage. People from both near and far abroad visit it. There, the famous ‘Star Kazakhstan’ altar of worship is located,” the archbishop said.

In every Catholic parish, there are groups of young people who unite around Jesus, trying to build their lives on the values ​​of the Gospel.

“A very important event is the annual meeting of the Catholic youth of Kazakhstan, which takes place in the National Sanctuary in Ozernoe, August 13 to 17,” added Peta.

At present, there are approximately 130,000 Catholics, including several thousand Eastern Rite Catholics in the country. During Kazakhstan’s years of independence and religious freedom, sacred facilities began to appear, and today, Catholic parishes are located in all regions of the vast nation. Catholic communities have become more multinational. Catholics love their homeland and try to serve its prosperity with prayer and work, Peta said.

“Almost every day brings us alarming messages from different parts of the planet. Believers know that everything is in the hands of God’s providence. The task of all of us is the building of peace and harmony in everyday life, in our families, collectives and in the whole society. An important matter in building peace and harmony is prayer. For example, since 2002, a 24-hour prayer for Kazakhstan and the whole world has taken place in the Cathedral in Astana (after the visit of Pope John Paul II),” he added.