ASTANA – Ten people were treated for injuries and several buildings and cars were damaged after a sudden gale hit Astana May 22. No deaths or major injuries were reported. 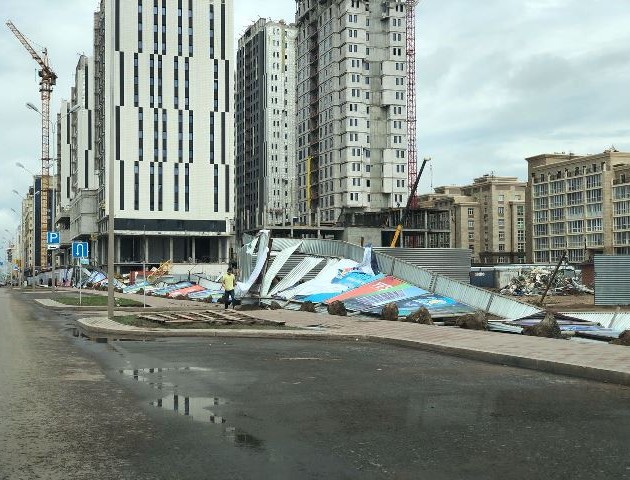 “Today, due to a sharp deterioration of weather conditions, namely a short-term gust of wind and rain, the 112 emergency hot line received calls about various accidents about the collapse of a crane, ceramic tiles and so on. Information on the injured people to the service 112 was not received,” Astana Emergency Department reported.

The storm hit at approximately 1 p.m. and caused a construction crane to collapse at 4A Turkestan Street, ripped off ceramogranite tiles from the Palace of Peace and Harmony, caused the roof to collapse at School No. 24 at the living area Prigorodnyi at 127 Arnasai Street, blew the roof off of the kindergarten No. 91 at Urker Street at E-638 Street and damaged a car on Dostyk Street, which was hit by flying glass from a nearby shopping centre, as well as cars in other locations. 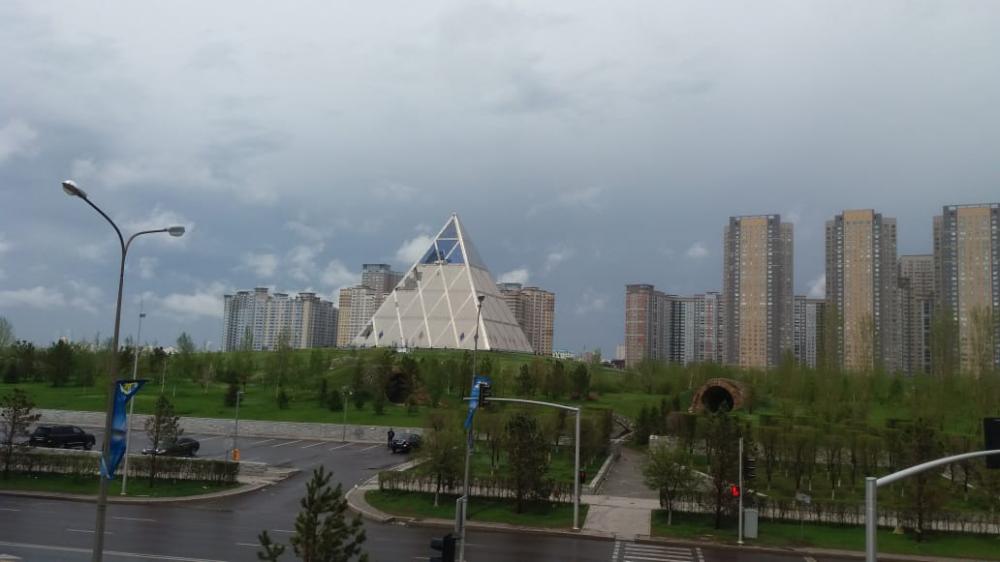 The Pyramid or the Palce of Peace and Reconciliation.

Astana residents shared photos and videos via messengers and social media showing the hurricane in the city.

Municipal services have begun to repair the city and clean the streets.

The Astana city administration has also warned residents about the possibility of a new storm hitting the city May 23. According to Kazgidromet, in the daytime it is expected to rain, with strong winds. Authorities have asked the public to take precautions, including closing all windows. 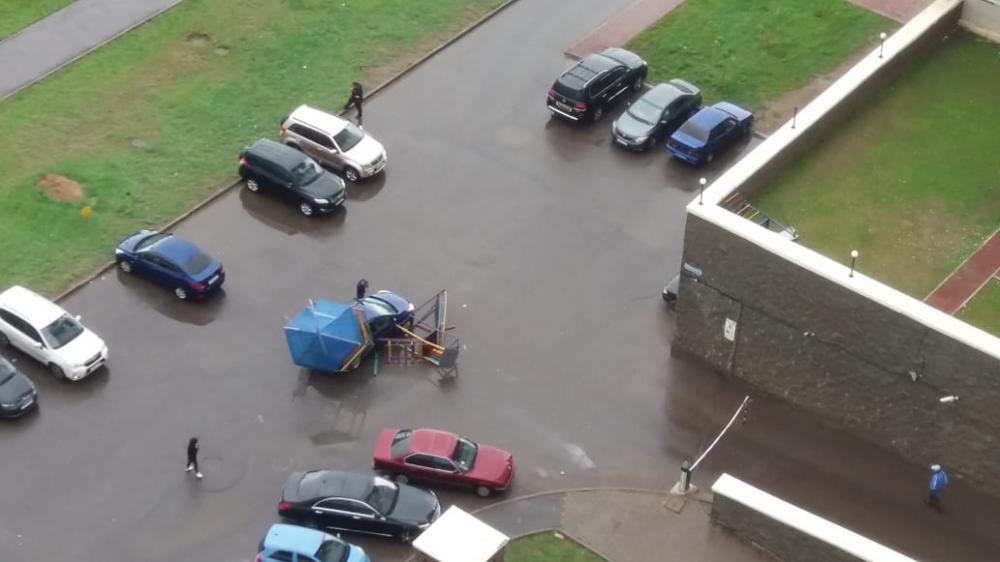 “It is also recommended to remove all things from balconies, if it doesn’t have windows. If a storm begins and you are in the street, it is recommended to be as far as possible from billboards and other hinged structures, power lines and trees. In the case of a strong wind, you need to take refuge in the nearest building, such as a store, library, shopping centre, a house entrance, a movie theater or a natural shelter, before it subsides,” according to a city administration statement.

“Also, experts urge citizens to be careful and not to be under large trees, especially under poplars, and do not park vehicles under them, as the tree may fall or break its branches, which are also dangerous for falling, also rotten, old and lonely standing trees.”