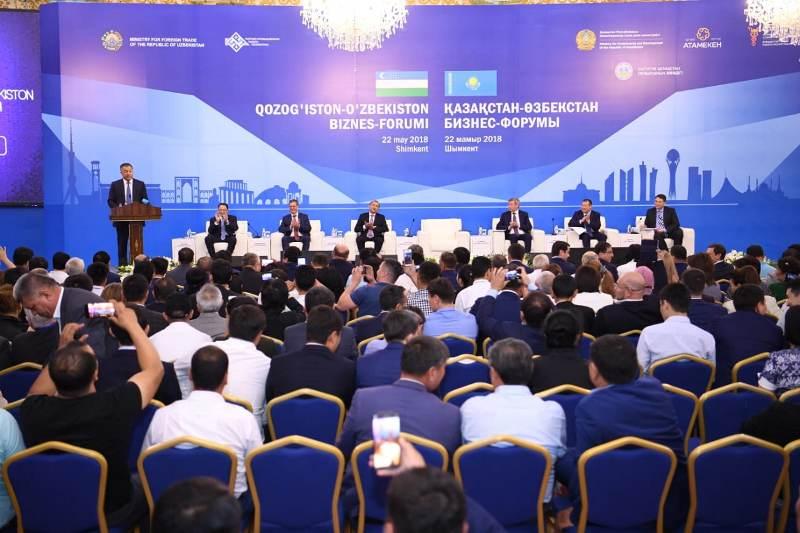 Forum participants discussed trade and economic cooperation. Uzbekistan is Kazakhstan’s largest trade partner in Central Asia. Bilateral trade increased almost 50 percent in the first quarter this year and is expected to reach $3 billion by the end of the year, from around $2 billion last year.

Akim (Governor) of the South Kazakhstan region Zhanseit Tuimebayev said the forum would expand trade between the two countries.

During the forum organised by the regional Chamber of Entrepreneurs, the parties discussed creating joint projects and investment opportunities and deepening trade cooperation.

“Over the past five years, small and medium-sized businesses ensured the growth of the gross regional product (GRP) by two times, as the share of industry in the economy increased to 27 percent. More than 1,000 enterprises cooperate with entrepreneurs of Uzbekistan in trade, industry, agriculture and construction,” Tuimebayev noted.