By Aigerim Seisembayeva in Business on 17 May 2018

ASTANA – Kazakh and U.S. government officials and business executives discussed May 16 the implementation of commercial agreements reached during President Nursultan Nazarbayev’s January 2018 official visit to the United States and increasing trade and investment cooperation during the Second Kazakhstan Competitiveness Forum. 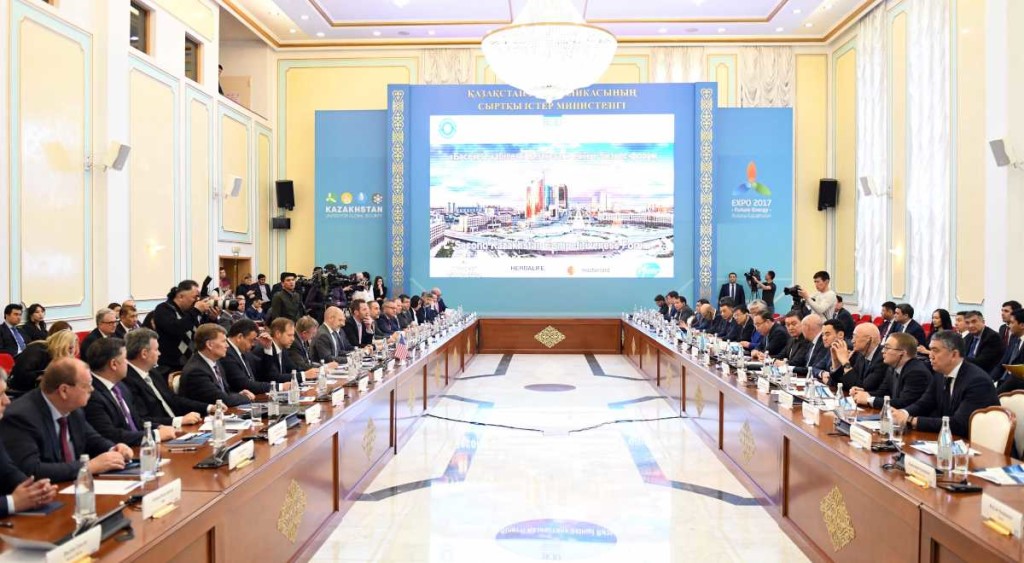 “This year has been very productive for both Kazakhstan and the United States. The successful visit of President Nazarbayev to the U.S. earlier this year marked a new stage in the relationship between our countries. It resulted in trade and investment agreements worth $7 billion… This success would not be possible without continuous efforts by the Government of Kazakhstan to improve our business climate,” he said.

He said Kazakhstan accounts for 80 percent of all foreign direct investment in the region and is Central Asia’s most market-oriented economy.

The deputy prime minister noted the success of last year’s EXPO 2017 exhibition and spoke about the new Astana International Financial Centre (AIFC), which will officially launch in July on the premises of the expo. 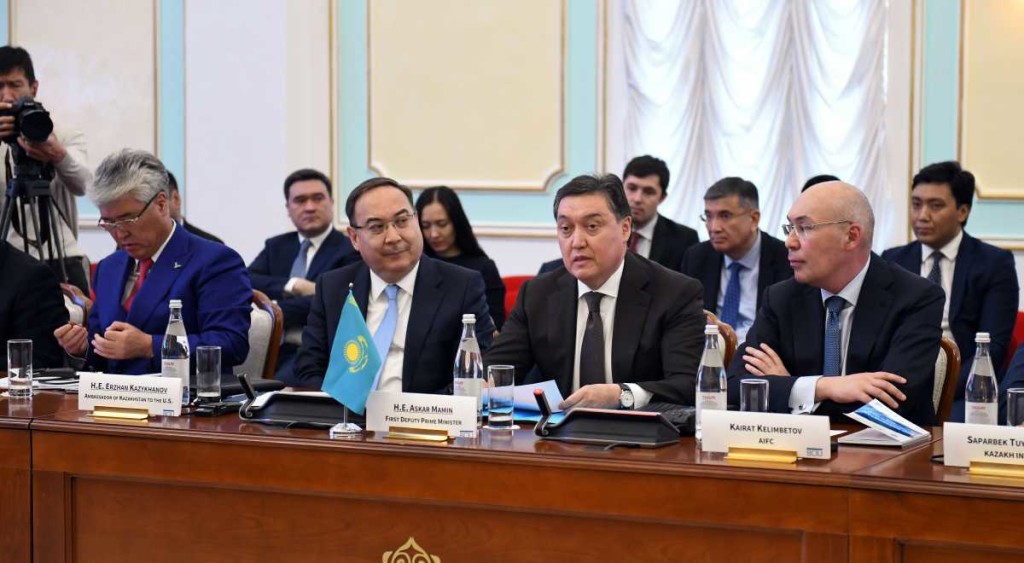 “It’s one of the most advanced tools of protecting investors we have at our disposal. It embodies best practices of financial centres in New York, Singapore, London and Dubai,” he said, noting it operates on the principles of English common law, has its own independent financial court, arbitration mechanism and an independent regulator. He invited American counterparts to participate in the project.

President and Chief Executive Officer of the Business Council for International Understanding Peter Tichansky said the forum is meant to facilitate dialogue.

“Our goal today is to try to strengthen existing relationships with investors, as well as to facilitate new dialogue resulting in tangible projects and additional contribution to the wonderful story of Kazakhstan’s diversification and growth,” he said.

Kazakh Ambassador to the U.S. Erzhan Kazykhanov said he hopes the event will help develop business links to expand Kazakhstan’s capacity across sectors.

“This forum truly became an integral part of successful and enduring trade and investment cooperation story between Kazakhstan and the United States,” he said.

U.S. Ambassador to Kazakhstan George Krol said since President Nazarbayev’s visit to Washington, DC, he “witnessed a steady stream of American companies interested in doing business and in investing in Kazakhstan.”

“It’s a very impressive and diverse group of American companies who are present today. And it’s a strong indication of the opportunities that American companies see in Kazakhstan in such key sectors as energy, finance, health, infrastructure, information technology and agriculture,” said Krol. 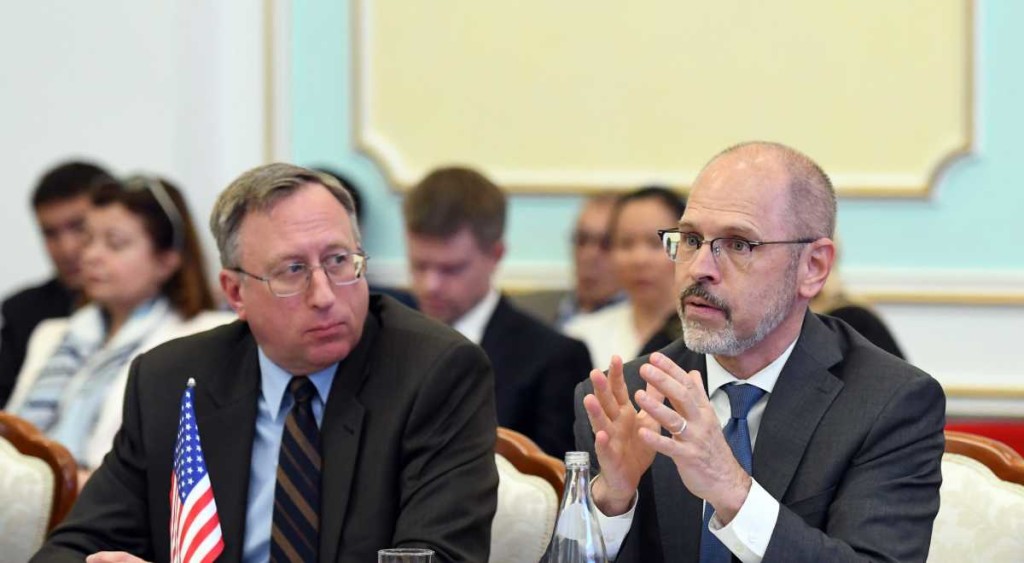 The event was also attended by AIFC Governor Kairat Kelimbetov, Kazakhstan’s Minister of Culture and Sports Arystanbek Mukhamediuly, Minister of Healthcare Yelzhan Birtanov, the leadership of ministries of agriculture, justice, information and communications, representatives of more than 50 Kazakh and American companies, including the U.S. Overseas Private Investment Corporation (OPIC), as well as the World Bank and the European Bank for Reconstruction and Development (EBRD).

The next Kazakhstan Competitiveness Forum will be in 2019 in Astana.

The forum participants are also to attend the 11th Astana Economic Forum, which this year has transformed into the Global Challenges Summit.