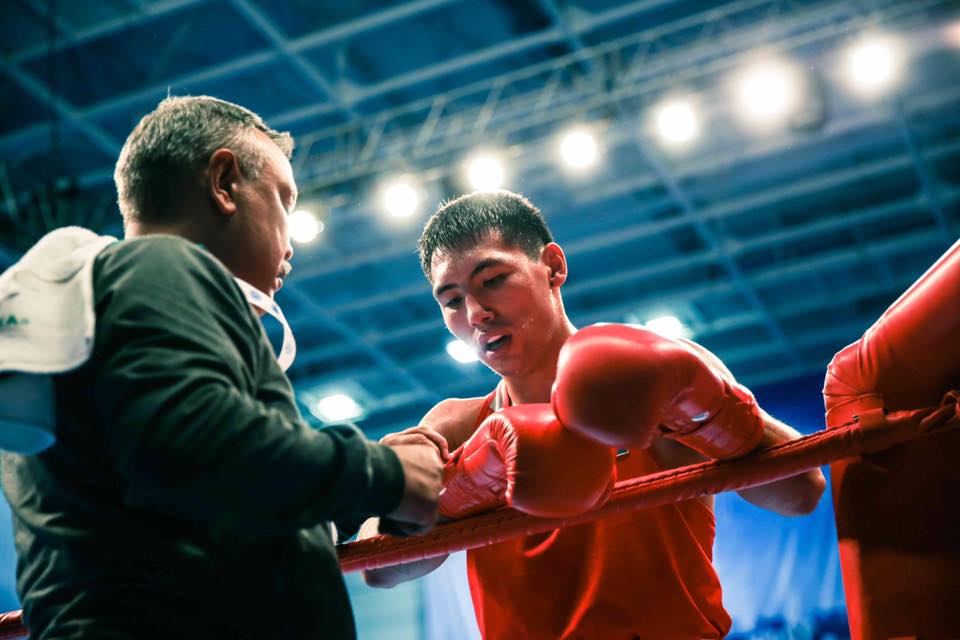 Alimkhanuly has earned a well-deserved reputation in amateur boxing, quickly rising to the top of the middleweight division in 2013. The fast puncher with power shots, Alimkhanuly turned pro after the Olympics in Rio-de-Janeiro. In his first professional fight he knocked-out Columbian Milton Nunez in the first round. In his second bout, he beat Brazilian Gilberto Pereira dos Santos by decision.

Before the official end of his amateur career in April, Alimkhanuly fought amateur and professional boxing. After signing with Klimas, Alimkhanuly will concentrate on his professional career and his next fight will be in the middleweight division where Golovkin (GGG) is the champion in the WBC, WBA, IBO and IBF divisions. In the meantime, Alimkhanuly will travel to the United States and sign with a new promoter.

Klimas welcomed Alimkhanuly by posting a picture of the boxer on his Instagram account with a caption that reads “Another greatest one. Welcome to family.”

The middleweight category that Alimkhanuly chose is full of aggressive and strong athletes. The division’s top boxers Golovkin and Saul Alvarez have proposed a rematch for fall 2018. British Billy Joe Saunders, Americans Daniel Jacobs and Jermall Charlo are among the top contenders for the championship belts.