By Zhanna Shayakhmetova in Nation on 4 May 2018

ASTANA – To preserve Kazakhstan’s way, the unique model of interethnic and interdenominational harmony the country enjoys, it is crucial to strengthen traditions of friendship and brotherly love preached by traditional religions, Gennadius, bishop of Kaskelen and manager of affairs of the Russian Orthodox Church in Kazakhstan told The Astana Times. 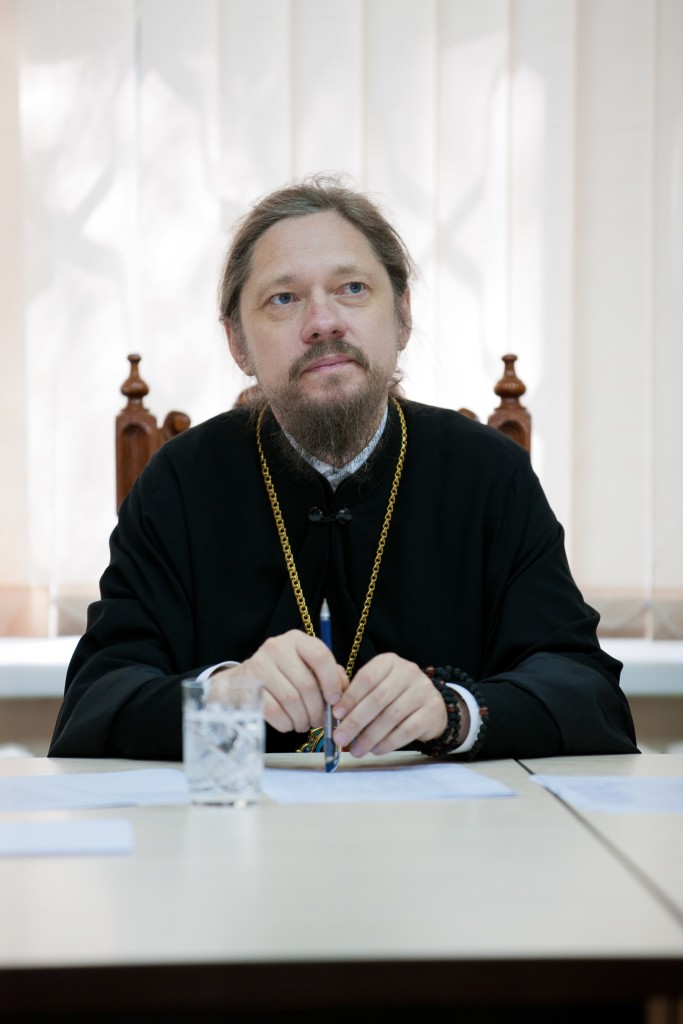 Gennadius, Bishop of Kaskelen, Manager of Affairs of Russian Orthodox Church in Kazakhstan.

“Religious affiliation does not play a decisive role in the society. It is a positive factor in the development of the religious situation. There’s no interest in religious beliefs when it comes to getting an education, providing medical assistance, hiring and other services. Religion should not become an obstacle to professional and creative abilities or social activities. This is an essential achievement of our society, which must be preserved in every possible way,” he said.

“Kazakhstan under the leadership of President Nursultan Nazarbayev, following the tradition of the Slavic-Turkic civilisation, has become a bridge linking Asia and the West. The principles of interfaith and international consent are pursued not only in domestic but also in foreign policy. The Congress of Leaders of World and Traditional Religions held in Astana is a good example of this policy,” he said. The sixth iteration of the triennial congress is to be convened in October 2018 in Astana.

“The church invariably defends evangelical love and peace in any historical or socio-political setting. It denies any form of violence and destruction under any conditions. The Bible says ‘If anyone says, I love God, and hates his brother, he is a liar,’” said the bishop.

The socio-political position of the church remains unchanged.

“We support all state and public institutions in striving for harmony and prosperity. This goes in accordance with deep inner motives stemming from the very nature of Orthodox Christianity,” he said.

The church is especially concerned about young people who are vulnerable to anti-human ideology often sugar-coated with religious slogans.

“Today, humankind faces global challenges from destructive religious teachings propagating hatred, sowing suffering, destruction and fear. The whole society, including representatives of traditional religions, must make efforts to prevent the radicalisation of young people. Youngsters need support and understanding. One must learn to be attentive to others, especially teenagers and women,” he noted.

Gennadius says corruption and social injustice must be eradicated as part of efforts to inoculate young people from hateful but insidious messages. Young people are sensitive to social problems, always thirsting for truth and ready to resist lies. Unfortunately, experienced and malicious propagandists can turn this energy and passion toward destruction.

“Under such circumstances, the initiatives put forward by President Nazarbayev are of immense importance. Their implementation ought to destroy radical forces aimed at destabilising society. The words of the national leader that ‘mutual respect and trust create the unity of our people’ should be in the heart of every man and woman of Kazakhstan,” he said.

The country’s path toward economic and social development is being guided by a large-scale industrialisation programme and the Digital Kazakhstan and third wave of modernisation initiatives. Under such conditions, spiritual and moral education must not be forgotten, the bishop believes.

“We are in a completely new cultural situation due to new technologies. The boundaries between civilisations are blurred; interpenetration of religious and cultural traditions is taking place. If earlier, living together, as a rule, assumed the same worldview and interests, today it does not happen that way. Teenagers and even children are immersed in the virtual reality world and find friends and like-minded people there, and not in real life. Family members live together but due to new information technologies they are essentially in different worlds. They do not even talk to each other,” he said.

The bishop quoted poet John Donne: “Tis all in pieces, all coherence gone/All just supply, and all relation/Prince, subject, father, son, are things forgot/For every man alone thinks he hath got/To be a phoenix…”

These words are “truly relevant now,” he said. “We need common projects, businesses and common holidays to preserve and strengthen the unity of the people of Kazakhstan. The Orthodox Church testifies its values ​​based on the teachings of Christ the Saviour and calls for interethnic, interreligious harmony and peace. This conviction follows from the deep nature of Christianity – an unconditional love for one’s neighbour. It is deeply rooted in the Russian civilisation and culture,” he said.

Christians and Muslims together have confronted godless ideologies, suffered together, shed blood and defended the ideals of freedom and the truth of God in the difficult years of the last century, Gennadius noted.

“We believe that the numerous host of martyrs and confessors of the land of Kazakhstan are now facing the throne of God and praying for the preservation of our peace and harmony. I wish well-being, peace and unity to the entire multi-ethnic people of Kazakhstan,” he said.