ASTANA – Natalya Dementyeva, of Kokshetau, who teaches Kazakh language and literature, motivates and interests students to learn the national language. The ethnic Russian and director of the Kokshetau Humanitarian Technical Lyceum is among the country’s 100 New Faces. 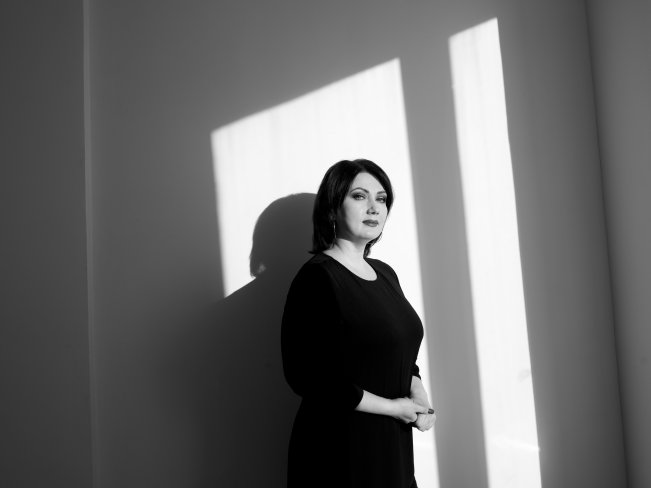 “I always remember the words of the great historical figure Genghis Khan. He said: ‘If you’re afraid – don’t do it; if you’re doing it – don’t be afraid!’ I am sure that the participants of the project have the same life principles. We do not seem to know them, but they are doing their own great work in their own way; they are contributing to the development of our country and I am happy to know such wonderful people,” she said.

Thanks to her mother’s insistence, Dementyeva focused on learning the Kazakh language during her studies at school. In her inaugural year of mastering the language, she earned first place in the national contest and has subsequently won numerous language proficiency competitions. Her students follow her example, demonstrating excellent results in similar contests among non-native speakers.

“My vocation is to teach children and I am happy to have such a profession,” she said.

Dementyeva hosted television language courses from 2009-2016 and her lessons encouraged many people to learn and speak Kazakh. She developed her own projects to promote the popularity of the language among non-native speakers and improve literacy. During her years in mass media, she worked with the Assembly of the People of Kazakhstan to initiate a programme about the country’s famous figures. Thanks to her pedagogical skills and progressive vision, the lyceum where she works was included in the list of the best educational institutions among cities and regions.

She is a member of the Assembly of the People of Kazakhstan and regional Association of Business Women.

“The 100 New Faces project gave a chance for ordinary Kazakhstan citizens to show themselves. Now each of us faces a goal, a great responsibility and an opportunity to reveal our capabilities in a new way. The society voted for us and welcomed us to the project. Now, we cannot and should not stop. We need to work even harder for the prosperity of Kazakhstan,” she added.