ASTANA – Kazakhstan President Nursultan Nazarbayev attended the Supreme Eurasian Economic Council’s meeting in Sochi on May 14 and, while meeting Vladimir Putin, congratulated him on his recent election and praised Kazakh-Russian relations. 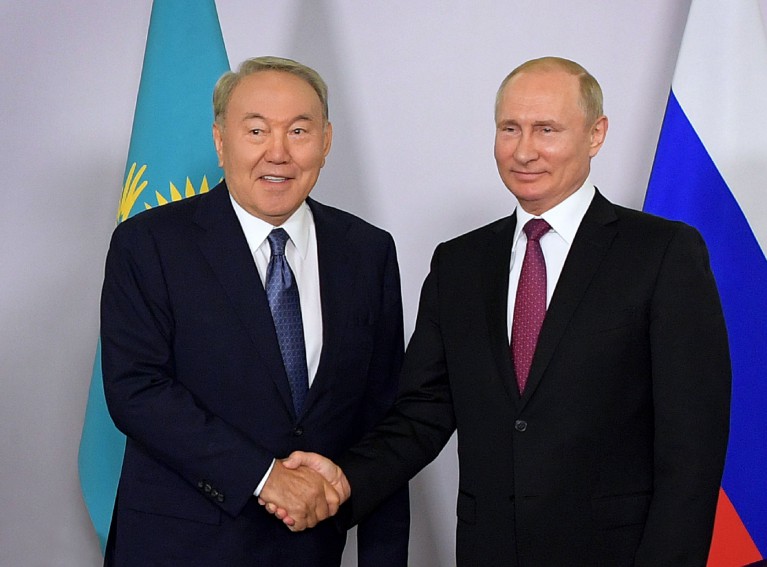 “On the 18th of March this year, a historic event took place. You have won the confidence of the Russian people with a tremendous triumph. In these difficult conditions, such trust is very much worthwhile,” the President of Kazakhstan noted.

“Kazakhstan is the closest country with which Russia has the most exemplary relations and intensive economic ties. Our turnover is about $16 billion [annually]. The creation of joint ventures is on the increase.”

Nazarbayev added that close cooperation between the countries helps resolve issues as they emerge.

“Kazakhstan is always close by. We will always work together and overcome this difficult time, moving forward. Today, there is normal work in all directions. We have developed close relations between governments and ministries. The arising problems should be solved calmly, without creating any hype. We are allies, and the media of the two countries should work in the same way,” Nazarbayev said.

Putin praised the state of relations and said Kazakhstan is a strategic ally and close economic partner.

“Relations between our countries are developing successfully and consistently. Last year, in the economy, we had a good result, 30 percent growth in turnover. Russia remains one of the leading trade and economic partners of Kazakhstan. I would also like to note the growth of Russia’s direct investment in the Kazakh economy,” Putin said. 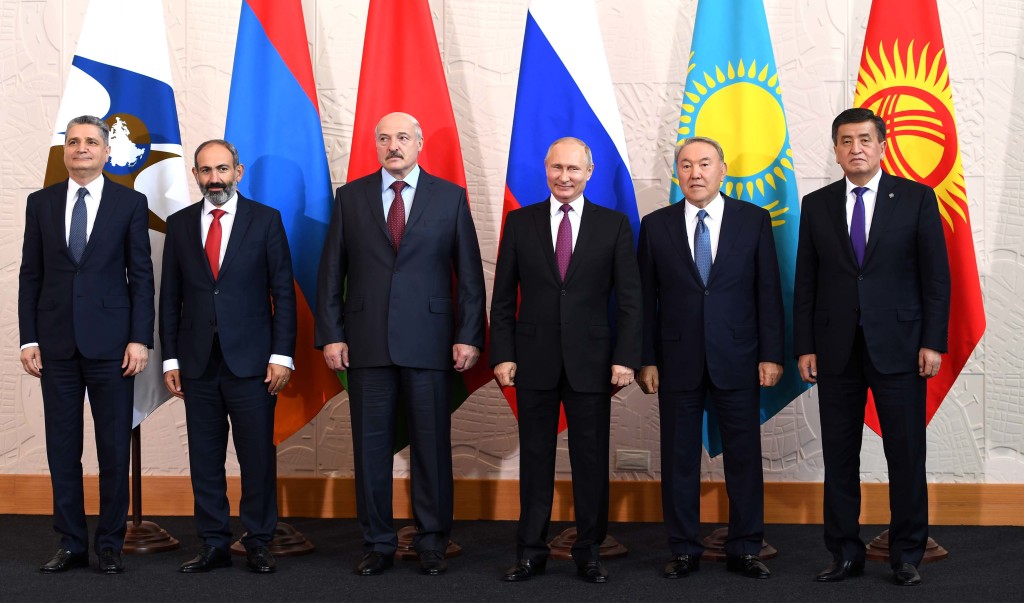 “This was promoted by positive dynamics in strategic sectors: in agriculture and industry. A significant ‘spurt’ occurred both in external and in mutual trade. Over the past year, external and mutual trade within the framework of the EAEU increased by 24.4 percent and 26.1 percent, respectively. The positive dynamics are also being preserved this year,” said Nazarbayev.

He said the economic association is gaining international clout and that an increasing number of foreign countries want to develop trade and economic relations with the union.

He also noted the results of the meeting of the Supreme Eurasian Economic Council in a narrow format, during which statutory treaty amendments, EAEU international activities and economic union development were discussed.

Nazarbayev proposed forming an intergovernmental committee to analyse the results of the union’s decisions and promote the EAEU.

“It is also necessary to work out the possibility of implementing large infrastructure ‘megaprojects’. It is important to increase the role of the Eurasian Development Bank and the Eurasian Stabilisation and Development Fund in the activities of our association. They should actively participate in the implementation of major projects,” said Nazarbayev.

In addition, he suggested using the three international centres created on the EXPO 2017 site in the work of the EAEU.

“I invite the financial institutions of the EAEU member states to use the opportunities of the Astana International Financial Centre. In addition, the events of the EAEU’s financial block, including the subsidiary and consultative-advisory bodies’ meetings, should be held on the territory of the expo. At the same time, within the framework of the digital agenda, I propose to organise the work of the Office for Digital Project Management and Initiatives within the framework of the EAEU on the basis of the future International Technopark of IT Startups,” the Kazakh President said.

In conclusion, Nazarbayev said he is confident the agreements reached during the council’s meeting will increase economic cooperation among all union member states.