By Amir Khaidar in International on 21 May 2018

ASTANA – Ministers and senior government officials from landlocked developing countries (LLDCs) and development partners recently gathered in Astana for a two-day meeting to determine ways in which trade, economic transformation and the development of transport infrastructure can benefit LLDCs. 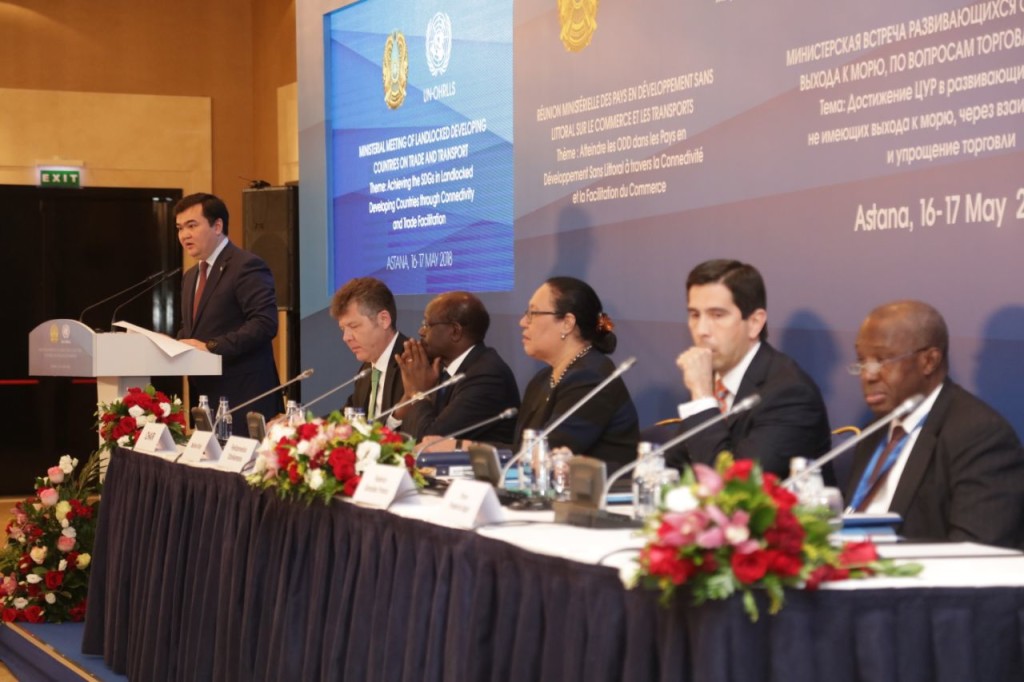 “I am delighted that ministers from landlocked developing countries have come together in Astana to address vital issues affecting their countries. I wish to thank our generous hosts, the Government of Kazakhstan, and I hope that over these next two days recommendations and opportunities can be identified to improved trade, transport and economic opportunities which can help to transform the lives of communities living in LLDCs,” said Fekita ‘Utoikamanu, UN high-representative and under-secretary-general Least Developed Countries, Landlocked Developing Countries and Small Island Developing Countries.

More than 80 participants from 32 LLDCs, international and regional organisations, business sector representatives shared knowledge and experience of improvement of transport infrastructure and the creation of new economic opportunities.

“We understand that sustainable transport is a key factor for the progress and future of the developing countries. The recommendation of this meeting will allow us to broaden the forms of the cooperation in the field of transport, infrastructure and overcome the barriers of remoteness and costs,” said Kazakh Minister for Investment and Development Zhenis Kassymbek.

He also added that more than 80 percent of international trade fall on maritime shipping routes and despite lacking direct access to the sea, Kazakhstan’s trade turnover is increasing, which corresponds to the improvement of transport infrastructure.

According to the office of ‘Utoikamanu, LLDCs continue to be marginalised in international trade, accounting for less than 1 percent of global merchandise exports.

To address these challenges, the Government of Kazakhstan in August 2003 hosted the first international ministerial conference of landlocked and transit developing countries and development partners during which the Almaty Programme of Action was adopted. Programme addressed special needs and challenges faced by the LLDCs in achieving their development goals.

In November 2014, a new programme was adopted, the Vienna Programme of Action for LLDCs until 2024. This programme of action identifies fundamental transit policy issues, infrastructure development, international trade and trade facilitation, regional integration, structural economic transformation and means of implementation as its key priorities.