I am coming from Kazakhstan, the country which inherited around 1,500 nuclear weapons from the Soviet Union making it the 4th biggest nuclear arsenal in the world at the time. For almost half a century, from 1949 until 1989, the Soviet Union conducted 456 nuclear tests above and underground at the Semipalatinsk Nuclear Test Site, known also as Semey polygon, in the eastern part of Kazakhstan. The energy of the tests released in turn was roughly equal to the capacity of 2,500 Hiroshima atomic bombs. 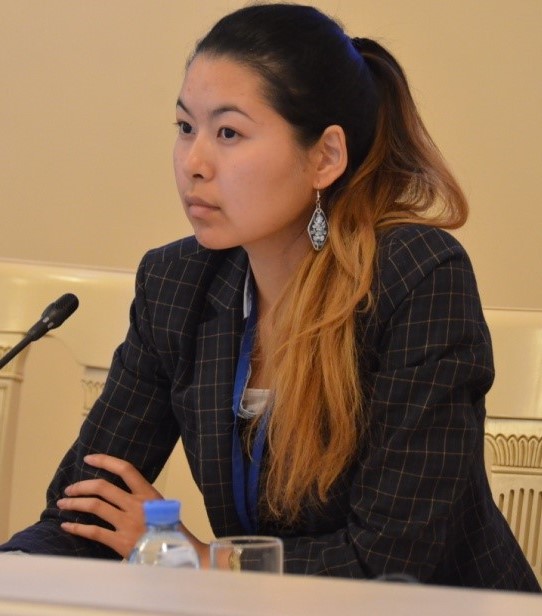 The radioactive fallout from the nuclear explosions has resulted in widespread contamination of the Semey area causing catastrophic humanitarian and environmental consequences. Almost 2 million people have been already affected suffering from severe health problems, cancer, birth deformities and death which will continue for many generations to come.

Therefore, I believe that role of the Comprehensive Nuclear Test Ban Treaty Organization (CTBTO) is vital and instrumental in banning nuclear tests everywhere in this world forever, in order to prevent further damage to human health and the environment.

The horrific experience of being victim of the Soviet nuclear tests stimulated strong public opposition to nuclear weapons in Kazakhstan, supported by Kazakh leaders. A civil society movement “Nevada-Semipalatinsk” (Nevada-Semey) guided by Olzhas Suleimenov led to the closure of nuclear test site on August 29, 1991 – preventing any further nuclear tests in Kazakhstan.

Following independence in December 1991, the new government of Kazakhstan, led by the President, made the historic decision to relinquish nearly 1,500 nuclear weapons they had inherited when the Soviet Union dissolved, and join the Non-Proliferation Treaty as a non-nuclear-weapon state.

Since then, Kazakhstan has continued to play a key role for global nuclear non-proliferation and disarmament. In addition to supporting and promoting the CTBT, Kazakhstan played a leading role in establishing the Central Asian Nuclear Weapon Free Zone. The CANWFZ treaty includes an obligation of all five member states to adhere to the CTBT.

Other key initiatives of Kazakhstan include proposing a Universal Declaration for a Nuclear-Weapons-Free World which was adopted by the UN General Assembly, launching the ATOM Project which highlights the humanitarian impact of nuclear tests through the voices of victims and survivors such as Karipbek Kuyukov, and organizing a special session in January 2018 of the UN Security Council focused on confidence building and nuclear disarmament.

Given its experience as the most affected country in the world by nuclear test explosions, Kazakhstan successfully moved the United Nations General Assembly to establish the International Day against Nuclear Tests on August 29, which has a special significance due to the symbolic date that coincides with the first nuclear test conducted in Kazakhstan and also the date of the closure of the Semey polygon in 1991.

The experience of Kazakhstan and other countries that have suffered from nuclear tests can be used to encourage CTBT Annex 2 states of the humanitarian and security benefits of joining the CTBT. The International Day against Nuclear Tests on August 29 is a good opportunity to publicise this.

Kazakhstan commemorates the day annually, often through international conferences hosted in Astana and field trips to ground zero in Semey. In 2016, I had the opportunity to help organize the conference “Building a nuclear-weapon-free world” in Astana, co-hosted by Parliamentarians for Nuclear Non-Proliferation and Disarmament (PNND). Our visit to ground zero was particularly poignant for me and for other conference participants.

This year CTBTO Youth Group (CYG) will hold its second international conference in Kazakhstan. This will provide a great opportunity for CTBTO youth to build a deeper understanding of the impact of nuclear tests and the imperative for nuclear disarmament.

The role of young people in peace and security is important, particularly participation and involvement in the area of nuclear issues. Youth and future generations are impacted by the legacy of nuclear tests and the threat from nuclear weapons policies, and so their voice must be included. This is rightly highlighted by the CTBTO Youth Group. Thus, I was honoured to participate in the First CYG Moscow conference in 2017, where I had an opportunity to contribute to the initiative of youth diplomacy pledge.

However, youth also need to learn from our elders who have experience, knowledge and skills that can be transferred. There currently appears to be an intergenerational gap, a lack of communication between youth and seniors, which must be filled and bridged with a common ground, interest and interaction. Therefore, we as youth must use the platform provided by the upcoming conference in Astana on August 28-30.

This international meeting between the CTBTO Group of Eminent Persons (GEM) and CYG members will be a place to collaborate and learn from each other, especially drawing from the experience, expertise and knowledge of seniors with regards to nuclear-related issues. The conference will include a unique opportunity for participants to visit the former Semipalatinsk test site in order to witness first-hand the risks of nuclear testing and reflect upon it.

These efforts of Kazakhstan will have a positive impact on present generation to work on building a world free of nuclear weapons and contribute to the entry into force of the CTBT in the nearest future.

The author is a CYG member from Kazakhstan, a convener of Abolition 2000 Youth Network and a PNND Coordinator for CIS countries.