ASTANA – The State Language Development Foundation has created the Qazaq Latin Keyboard, a Kazakh keyboard with Latin letters for smartphones and tablets. The app can translate Kazakh text written in Cyrillic script to Latin script. 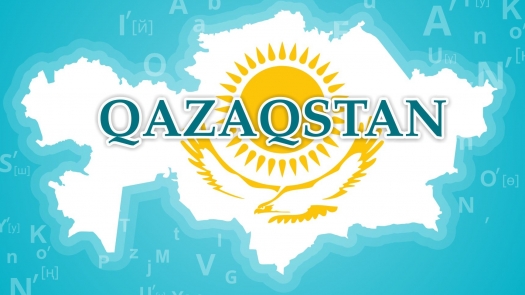 “Kazakh President Nursultan Nazarbayev is paying great attention to the development of the Kazakh language. He defined a phased transition of Kazakh to the Latin alphabet in the Ruhani Janghyru (Modernisation of Kazakhstan’s Identity) programme. Today, 70 percent of the world’s information is in Latin. We must enter this modern information space, be competitive. Our application Qazaq Latin Keyboard will help young people study the new alphabet. The language in the Latin alphabet will be available for everybody,” said Executive Deputy Director Sultan Aitzhanov at a Central Communication Centre press conference.

The project was developed with the support of the Foudation of the First President of Kazakhstan and the Samruk Kazyna Trust Fund for developing social projects, reported Kazinform. The Qazaq Latin Keyboard can be used as the standard in all applications.

“For the convenience of users, a transliteration of the keyboard has been created. With this function, you can enter Kazakh words in Cyrillic, after which the programme will automatically translate them into text in Latin,” he said.

Aitzhanov noted the keyboard is easily installed and provides a choice of interface language and theme, feedback with its developers, user ratings and links to the foundation’s projects and social media pages.

The app is available for download in the App Store and Android’s Play Market. Developers plan future upgrades based on user feedback and suggestions.

Nazarbayev signed a decree in October on the phased transition of the Kazakh alphabet from Cyrillic into Latin script by 2025. At that point, the Latin alphabet will be used in all official documents, books, newspapers and media. Experts believe the transformation is a crucial pillar of Kazakhstan’s modernisation process and greater openness to the world.

The first phase of the transition covers 2018-2020, when preparatory work and corresponding measures will be completed and legislation changed. During the second phase, from 2021-2023, passports, citizens’ identity cards and other documents will begin to be issued in Latin script. The final segment in 2024-2025 will involve a phased-in transfer for office work in local and central state bodies and state media and printed publications will be produced with Latin graphics.

Switching alphabets is not new to Kazakhstan. The Kazakh language used Arabic script from the 11th century up to 1929. It used the Latin alphabet from 1929-1940, then changed to a Cyrillic-based alphabet with 42 letters. The population may need decades to adapt to the transition.