ASTANA – In developing tourism in Astana, Kazakhstan is studying the experience of Singapore, said Kazakhstan President Nursultan Nazarbayev during a recent meeting with the founder and Managing Director of Hotel Properties Ong Beng Sen in Astana. 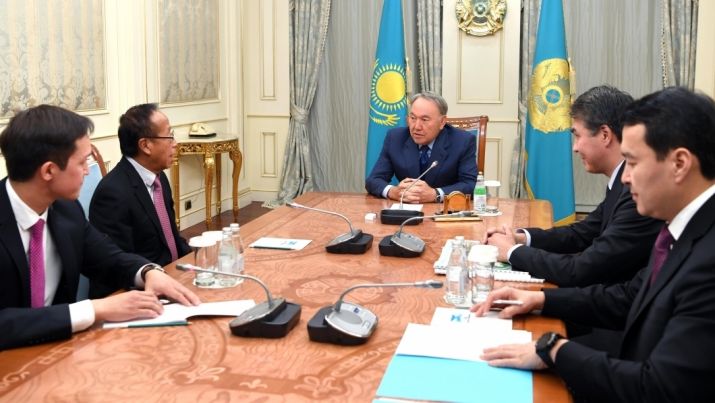 The Kazakh President and his guest discussed tourism cooperation and investment in joint projects.

Nazarbayev said Kazakhstan seeks to develop its tourism sector and briefed  the Singaporean businessman on efforts to boost tourism in Astana.

“You are a well-known person in hospitality sector, working in many countries around the world. Astana is a new capital and we intend to make it a tourist destination. We are studying the experience of Singapore in this area,” said Nazarbayev, noting the friendly relations between Kazakhstan and Singapore generally.

“Our relations with Singapore are time-tested and good. I have been a good friend to Lee Kuan Yew, and we maintain close cooperation with the current prime minister. We always meet at all international meetings and discuss how we can further strengthen our relations,” said Nazarbayev.

Ong said Lee Kuan Yew insisted the company “to open something here,” but then the company was suffering losses.

“You know, I think we are 25 years late, because when Mr Leek Kuan Yew asked me to look at two-three designer projects of hotels in Almaty, we considered the opportunities to turn hotels into modern hotels. Of course, there were certain difficulties, because we did not know the country as we know it now. Mr Lee Kuan Yew asked me to open something here, but then we were making hardly any profit. You understand the difference between my experience then and now. During these 25 years, he has been constantly telling me about Kazakhstan and its bigger potential compared to other countries,” said Ong.