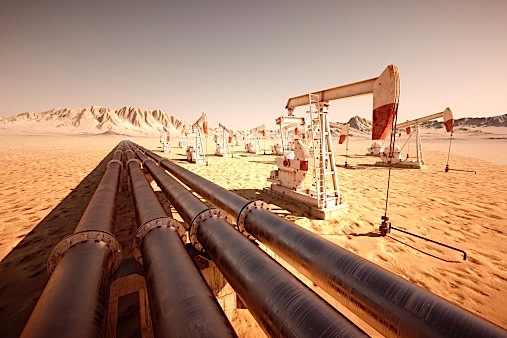 “Solving energy efficiency problems is one of the most significant tasks for the oil and gas sector in Kazakhstan, in particular, pipeline transport,” they told the news outlet.

The research was completed in several stages. After a database was created and modelled, the system was optimised and then integrated with SCADA (Supervisory Control And Data Acquisition) and ASCEM (Automated System for Commercial Electricity Metering). The technology included digitising the entire transportation system production procedure. The five-year process, from 2012-2017, was completed with a 128 million tenge (US$388,224) investment.

SmartTran has been incorporated into the KazTransOil (KTO) oil mix control system. It determines the pumping modes’ energy saving, economic and technological efficiency during transportation along the company’s pipeline routes.

“In addition to KazTransOil, the consumers of the technology can be the Caspian Pipeline Consortium, the Kazakhstan-China Oil Pipeline, the North-Western Pipeline Company Munai Tas, Karachaganak Petroleum Operating B.V. and Turgai Petroleum. In general, this technology, with some modifications, can be used for pumping oil mixtures in oil companies’ pipelines in the field,” said the inventors.

Unlike control systems used in Canada, Russia, the U.S. and other countries, the technology transports high-viscosity, high-hardening (paraffin) oil mixtures in areas with several oil pumping stations and heating points while ensuring the safety of the main pipeline.

The distinctive feature is the way the programme can simulate and optimise hot pumping, as more than 15 million tonnes of Kazakh oil mixtures are transported in this way. Oil mixtures are hardened in heating furnaces and the energy efficiency is determined by the furnace and pumping units’ optimum condition, taking into account primary pipeline thermal regime safety conditions.

“For instance, hot pumping modelling and optimisation at the main Uzen-Atyrau-Samara pipeline sections will lead to significant energy savings in the pump units and heating furnace,” said the developers.

According to the laws of hydraulics, the specific electricity consumption utilised to pump oil proportionally increases oil turnover to 1.75. The figure indicates the need to reduce oil transportation costs by determining the energy saving modes of the equipment (pumping units, heating furnace, etc.). SmartTran can simulate and optimise the pumping volume, technological equipment operation and oil and oil mixtures transportation via the KTO pipelines.

“The pipeline transportation energy saving is largely related to energy costs for oil transportation and heating. Almost 70 percent of the consumed electricity is expended for the pumping units’ operation and in the case of oil transportation through the hot oil pipeline, costs are increased by 85 percent due to the oil heating furnace operation,” said the developers.

In an environment where oil prices are unstable and oil production is increasing, finding a decent way to face energy challenges has become essential. SmartTrans will lead to an increase in labour productivity, progress in technological modes to transport oil and petroleum mixtures and efficiently plan and manage KTO’s main oil pipelines.

“In 2018, all oil pipeline routes of the KazTransOil’s main pipelines will be optimised for pumping oil and oil mixtures in energy-saving modes. Based on their results, we can talk about the specific economic effect from the introduction of technology at the company’s facilities,” said Sayakhov and Zhappasbayev.