By Raushan Shamsharkhan in Business on 21 May 2018

ASTANA – Kazakhstan’s new International Centre for Green Technologies and Investment Projects was presented during the Astana Economic Forum called Global Challenges Summit during a panel discussion by high officials and experts on the project. 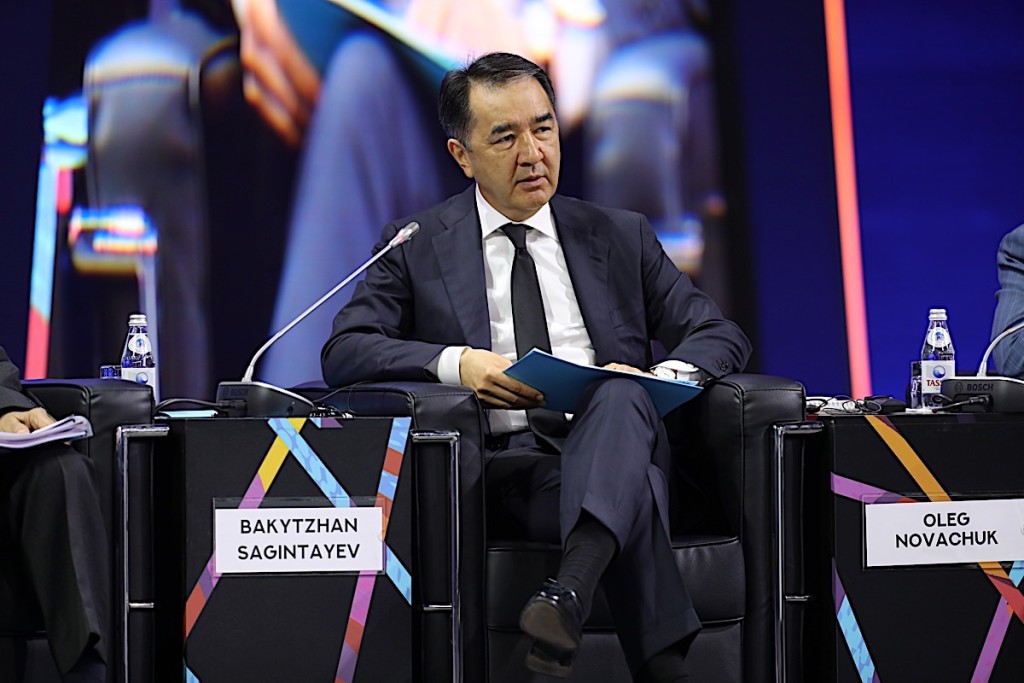 “Kazakhstan, as a country with huge natural resources, understands its responsibility for ensuring the sustainable development of world energy security. The [UN sustainable development] agenda until 2030 and the Paris Climate Agreement demonstrate that the world community as a whole is ready for the united effort to curb climate change. Today, we are honoured to present the International Centre for Green Technologies and Investment Projects as our contribution to the international community,” Sagintayev said to begin the discussion.

The central function of the new endeavour is to build a culture of green societies and address environmental issues through the development of green technologies in Kazakhstan, with the idea that they will then be promoted and replicated in other Central Asian states. The centre is called upon to solve the tasks of transforming the energy sector, supporting the transition to green business, and applying green technology best practices.  President of Kazakhstan Nursultan Nazarbayev initiated the project, and it is hoped that it will serve as an ideological continuation of the legacy of EXPO 2017.

One pioneer, the Solar Resources Atlas of Kazakhstan, has begun work and had positive results.

The transition to a green economy in Kazakhstan has enabled more sustainable water policies and helped bring access to the central water supply up to 94 percent in urban areas and 57 percent in rural areas, respectively. Labour productivity in agriculture has doubled due to resource-saving clean technologies, the use of recycling and waste management has reached 31 percent, and through the launch of an advanced energy-saving system, by the end of this year, the volume of renewable energy sources will approach 460 megawatts. Also, modern gold-mining devices are being commissioned at coal-fired power plants.

The World Bank, the European Bank for Reconstruction and Development (EBRD), the Asian Development Bank (ADB) and the government of Kazakhstan are cooperating to increase the use of renewable energy sources in the country. The EBRD and Baikonur Solar agreed to cooperate with the support of Kyzylorda region’s 50 MW Baikonur Solar Power Station construction.  The Ministry of Energy, the Astana city administration, Shell Kazakhstan and Nazarbayev Intellectual Schools have signed a memorandum to develop green economy.

According to officials, cooperation with the Organisation for Economic Cooperation and Development (OECD) is a strategic priority for Kazakhstan, and adherence to international treaties and legal instruments imposes certain obligations. To this end, environmental legislation on the OECD principles is being improved. This will enable Kazakhstan to create an effective system of environmental impact assessment. Mechanisms will be introduced to encourage users to reduce emissions with the support of new technologies and will update the principles based on the use of standardisation emissions.

Kazakhstan’s Ministry of Energy reports that on May 23, the first auctions on the selection of best renewable energy construction projects will take place. The winners of these auctions will get a 15-year guaranteed off-take contract for the purchase of electricity with a single buyer, renewable energy finance centre. During the two auction sessions scheduled in spring and autumn, one-gigawatt renewable energy projects will be demonstrated.

“Today, the world is rapidly changing under the impact of the technological revolution, and this global transition requires a new type of action from all governments and countries – namely, outstripping international cooperation on the most complex and sensitive issues of world development. Of course, one such complex challenge is to ensure economic growth, social stability and ecological balance in the long run. This is one of the cornerstone issues in global security,” Sagintayev noted.