ASTANA – Kazakhstan’s Atameken National Chamber of Entrepreneurs believes the recent electricity price increases in the country are illegal and plans to fight them and look instead for ways to lower electricity costs and promote increased energy saving.

Atameken Chair Timur Kulibayev said the chamber will work against what he calls the illegal electric power price hike and is now analysing different opportunities to reduce prices. They are also seeking dialogue with consumers who may have effective proposals for reducing electricity costs. 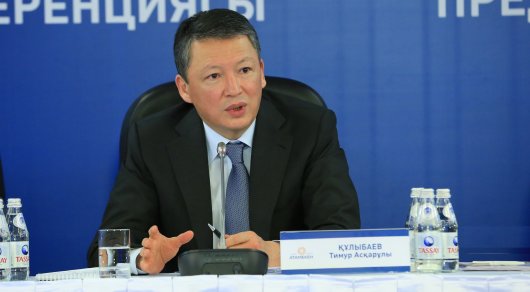 Electricity prices include not only the tab for producing the energy, but also charges for its transmission through energy transfer organisations’ networks and supply surcharges by energy supplying organisations. Energy-producing organisations follow fixed marginal prices, but prices charged by the organisations are not controlled.

Atameken Energy Committee Chair Almasadam Satkaliyev said that among 17 power stations, five sell electric energy below prime cost, 10 have electricity prices equal to the cost of electricity production and only two have an opportunity to reduce prices. He considers that a solution to the price hikes can be achieved by negotiating with electricity transmission companies.

Electricity transmission prices could be controlled by limiting the costs of raw materials, fuel for energy production and technical losses of the energy companies.

Satkaliyev highlighted that the cost of electricity will remain different in different regions of the country.

The Atameken management considered the issue of increasing gas usage in electrical and thermal energy production. It was suggested that a heat supply law be developed to attract investments in electricity production and its modernisation. Modernising existing and building new energy-generating facilities will also reduce the high level of thermal power plant wear.

Kulibayev noted the role of energy saving and energy efficiency measures. Rational and reasonable consumption of fuel and energy resources leads to an increase in production profitability and enterprises’ competitiveness, he said, and besides, he’d expect the conservation policy to return any investment.

The Atameken chair asked his team to analyse energy efficiency and energy saving methods and identify strengths and weaknesses as well as provide concrete proposals.