ASTANA – In the first four months of 2018, the Kazakh Invest national company attracted 42 new investors that will invest $7 billion in the nation’s projects due to new tools and approaches implemented by Kazakh Invest. Board chair Saparbek Tuyakbayev spoke about the methods, as well as missions abroad and promising industries. 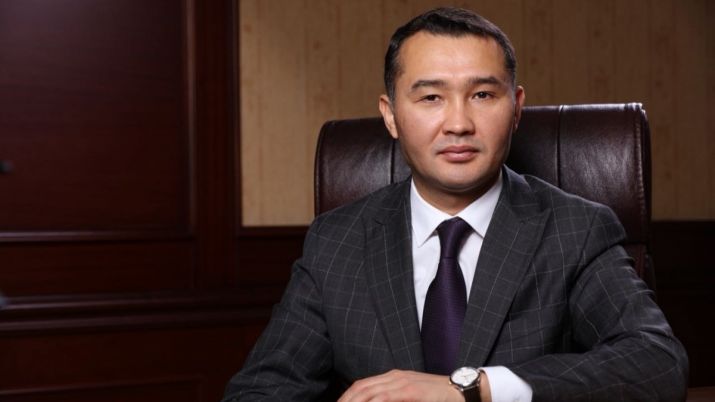 What are the tasks facing Kazakh Invest in 2018?

When we started working with the new team at the end of last year, the first thing we did was tackle the accumulated issues that hindered investment attraction: low efficiency, image-making issues and distrust among investors, governmental bodies and regional authorities. At the same time, it is impossible to carry out the third stage of modernisation, diversify and digitise the economy and implement infrastructure projects without private financing.

Attracting investment is a priority for Kazakhstan. It is complicated by the fact that competition for direct investment is growing both in Central Asia and around the world. That is why we had to act quickly. We started trying new approaches and tools for finding potential investors.

What are these approaches?

First, we concentrated on finding investors for specific projects. Transnational companies and large funds look for investment opportunities around the world, but they take into account the favourable investment climate and the prospects of the project. If you just tell them about tax breaks and free economic zones, it will not work.

We attracted consultants from the Big Four [group of consulting firms] and developed the first 50 target projects with marketing research, profit calculations, data on necessary resources and Kazakh partners ready to work with investors. The expected volume of investments for all these projects is about $20 billion.

Now, you can find five to ten companies around the world interested in each of our projects. Serious negotiations have already begun on 12 of them.

How are the projects selected?

We divided the projects into several spheres. For example, on public-private partnership projects in education, health, infrastructure, housing and utilities, we consult with governmental bodies and regions to find promising directions.

Strategic system-forming projects in the petrochemical industry, for example, are discussed with national companies, because we need their support in the implementation. We attract large and medium-sized businesses to commercial projects. In each region, we have selected 15-20 companies that can participate in new investment projects.

Our task is to attract investments to all regions in Kazakhstan, not just to Atyrau or Almaty, as the case is now. That is why we are looking for competitive advantages in each of them. For example, in Kostanai oblast there is good potential for mechanical engineering with access to the Russian market. We intend to build an automobile factory jointly with Chinese partners. In the East Kazakhstan region, Eurasia AgroHolding is building a meat processing plant in cooperation with an Australian company.

How do you search for investors for specific proposals?

First, we opened representative offices in China, France, Germany, Turkey and the United States. Our next three offices will be launched in the United Arab Emirates (UAE), the U.K. and again in the U.S., because they invest in the whole world. Each representative office hired experienced local entrepreneurs who have the necessary contacts and help establish relations and start negotiations.

We identified 11 priority countries where we will work first. They are Britain, China, France, Germany, Italy, Japan, Russia, South Korea, Turkey, the UAE and the U.S. Decisions were made based on which sectors these countries invest in.

Twenty-seven more countries are on a promising list for searching for investment. Among them are Austria, Australia, Canada, the Czech Republic, India, Indonesia, Poland, Malaysia, Saudi Arabia, Spain and Switzerland.

We also involve independent representatives. For example, Schneider Group in Germany has been accompanying German business in the Commonwealth of Independent States (CIS) for 20 years. We made a contract with this company and if it finds us an investor, it gets a commission. We already have 12 such partners around the world; we have expanded our network and do not pay anything for it. Everything is built on mutually beneficial cooperation.

Our ambassadors are very helpful. They have the authority to directly meet with the management of large companies and solve many issues on the ground. We provide them with information about projects and all the analytical information. For instance, we recently received a call from the Ambassador in the Emirates who said that there is an agreement with one of the major sugar-producing companies. I sent our project manager there, we quickly found Kazakh partners and then I flew for the negotiations. As a result, an agreement was reached on the implementation of a major project worth half a billion dollars.

We want to mobilise Kazakh businesses, so that they too begin to actively look for investors. They will not only bring money, but also new technologies and a new level of management. This will help our producers enter the export markets.

When an investor chooses a project and comes to Kazakhstan, what support does he get?

We have a whole range of services for investors: providing a site, obtaining licenses, attracting labour force. Our specialists accompany the project until the completion of construction and launch of the facility.

To increase our efficiency, we developed a CRM (customer relationship management) system which includes three databases: potential investors, projects at the implementation stage and already-operating businesses. As soon as we conduct the first meeting with the potential investor, the information about him or her and the description of the project are included in the first database. Our manager immediately starts working with the project. At the stage of project implementation, the information is transferred to the second database and, upon completion, to the third.

The system displays the tasks: find money or a partner, solve the land issue, prepare documents. All the data is sent to the department that has to solve the task in a timely manner. It can be an akimat, a ministry or other authorised body.

The list of tasks and those responsible for their implementation is seen by all participants of the process, thus total transparency is ensured. The investor can directly address any issue, even of a housekeeping nature. Our call centre operates 24/7.

Kazakh Invest joined the system, several embassies and akimats will be added in May and by the end of the year all structures involved will be included. Today, it contains information on 197 foreign and 181 domestic investors. After all, if a Kazakh investor builds a large factory, he or she needs the same assistance as the foreign one.

What are the results of this approach?

Of the 197 foreign investment projects worth $48.2 billion, 54 facilities worth $3.9 billion will be put into operation before the end of the year. One project, a poultry farm, has already been commissioned; in the next six months, we will put nine more into operation.

Construction has begun on 18 projects and by the end of the year, construction will be launched on 63 facilities worth $6.8 billion. In four months, we have found 42 investors who had never invested in Kazakhstan before for projects worth $7 billion. Since the beginning of the year, four new projects with the participation of transnational companies have reached the stage of implementation. Negotiations are being held with transnational companies on 11 new projects.

We are now working on new specific initiatives; by the end of the year, we want to develop 100 such projects and find an investor for each of them. The plan is to sign investment contracts worth $10 billion in 2018.

How much is invested in the raw materials sector?

To date, two-thirds of foreign investment in Kazakhstan’s economy is accounted for by the commodity sector. The investment strategy is expected to bring to a 25-26 percent growth in investments in five years compared to 2016, with the manufacturing sector investment growing up to 50 percent.

How do you achieve this?

For a long time, we had a small domestic market and we had no access to other ones. Now, the situation has changed. First, thanks to the Eurasian Economic Union (EAEU), we have access to a market of 180 million people. Second, now Kazakhstan is located between the two largest markets – the European Union and China – which are interested in food, petrochemicals, metallurgy and rare earth metals. Transnational companies are already looking at Kazakhstan with interest. Finally, the Central Asian market is also growing.

Which industries can become a priority for Kazakhstan?

First of all, these are the food industry and the agro-industrial complex. For example, in the western part of China, food from Australia, Canada, New Zealand and the USA is transported through the east coast and then delivered by rail. This is an additional 4,000-5,000 kilometres, whereas Kazakhstan is located much closer. We are already negotiating with the Da Vinci Capital Foundation on the creation of an agro-industrial investment fund in Kazakhstan. Unlike oil or metal, agricultural resources are renewed every year, so in 10-15 years this sector may well become the main driver of our economy.

Then there is metallurgy. Production of gadgets and electric vehicles depends on the availability of metals and the demand for them in the world is growing. For example, vanadium is the basis for solar cell batteries. We are working with a British company on producing such batteries in Kyzylorda.

There is also lithium and cobalt, which are used to make batteries for electric vehicles. China alone intends to bring the production of electric vehicles up to 12 million a year in the next five years. Finally, titanium and aluminum powders used in high-tech 3D printing can be produced in Kazakhstan.

The third direction is the petrochemical industry. We are working on several large projects in different regions of Kazakhstan on the production of nitrogen fertilisers, polyethylene and polypropylene. Ninety percent of it is goods for export.

We are also looking for projects in pharmaceutics, tourism and mechanical engineering. For example, in order to boost tourism development, a thematic entertainment park can be built near Almaty and we are now negotiating with Disneyland and Europa-Park. The advantage of such projects is that they require a large amount of labour and not necessarily highly skilled. This can give the region a powerful social effect.

What about innovation projects?

A special subdivision of our company is engaged in searching for such projects. Any of them can become a driver of the domestic economy in the future. For instance, production of textiles and plastics from wheat and maize may be launched in Kazakhstan. So far, there is only one such plant in the world – in Shanghai; we are negotiating the construction of a similar one in our country.

The first stage will cost $2.5 billion and the entire implementation will cost $10 billion. There is also a Japanese project of a light and conductive cable made of carbon fiber, which is cheaper and more efficient than conventional aluminum cables.

Finally, another promising area is information technologies. When an IT hub in Kazakhstan is launched, with the legal framework providing all the necessary conditions and a critical amount of IT specialists, this sector can become very promising for foreign investors. After all, IT is mainly about people and their knowledge, not raw materials or factories. If we have a successful project, it can become the same driver for Kazakhstan as Nokia has become for Finland.

Our country has vast economic resources, such as its geographical location, natural reserves, the development of neighbouring markets and human capital. With the right approach to attracting investments, we will be able to unlock this potential.