By Raushan Shamsharkhan in Culture on 21 May 2018 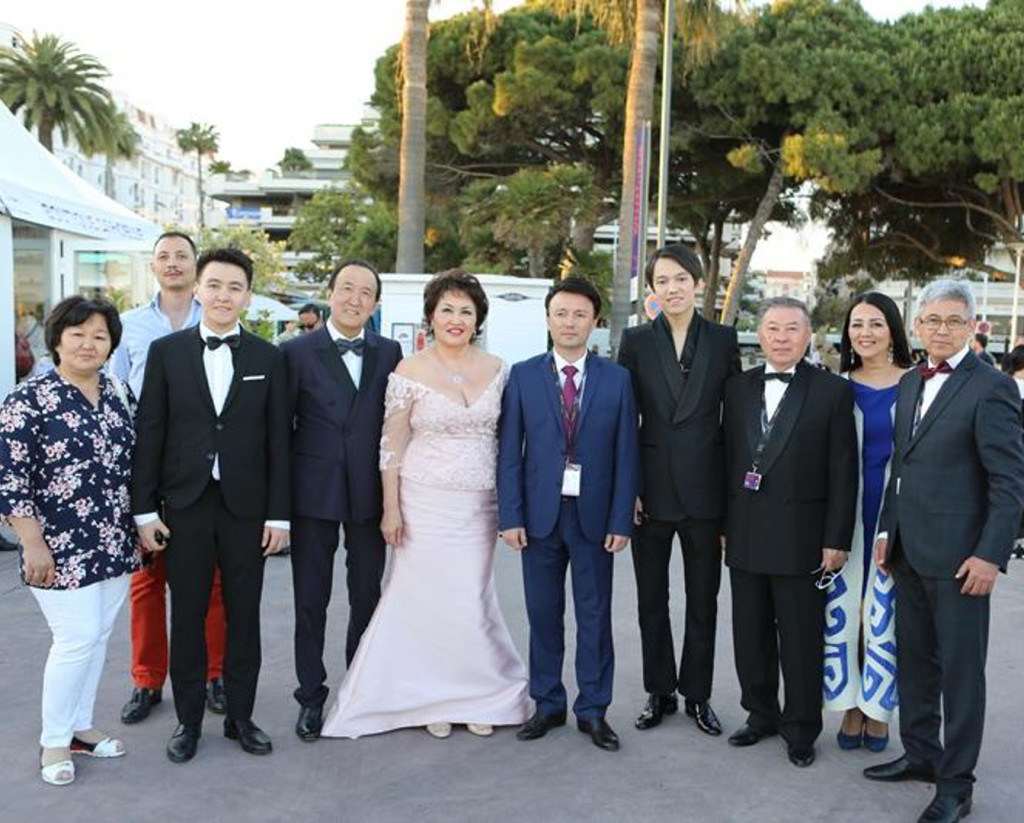 Such events as the jury announcement, the unveiling of the programmes, a series of press briefings with the Kazakh filmmakers’ delegation and a meeting with distributors was held in the pavilion.

The national pavilion was created as part of the Rukhani Zhangyru (Modernisation of Kazakhstan’s Identity) programme and with the collaborative assistance of the Ministry of Culture and Sports and the Kazakh Embassy in France.

“I wish the worldwide glory to our Kazakh film industry! Any of our successes, whether small or big ones, make me happy. When I receive such good news, I sleep well on this night knowing that our country has talents, that our film industry has a future. The brilliant example of recognising our film industry’s achievements and its prospects is the interest of producers from all over the world. They visit our pavilion and make contacts with Kazakhstan counterparts for further cooperation,” Kazakh theatre and cinema director Assanali Ashimov told bnews.kz.

The Cannes Film Festival is viewed as an excellent venue for Kazakh filmmakers to increase audiences, funding, co-production, distribution and talent pool development. Adilkhan Yerzhanov, with the 100-minute feature “The Gentle Indifference of the World,” represented the nation in the Un Certain Regard programme.

In addition, director Zhannat Alshanova’s “The End of the Season” was entered in the Cinefondation programme, while “Bad, Bad Winter,” a film by Olga Korotko, was featured in the Association for the Distribution of Independent Cinema (ACID). A range of short films such as “Hide and Seek” by Venera Kairzhanova and “Asam” by Berik Zhakhanov were shown in the short film corner within the Marche du Film.

Kazakh films have previously won the Un Certain Regard award. Darezhan Omirbayev’s “The Killer,” filmed in 1998, and Sergey Dvortsevoi’s “The Tulip” shot in 2008 were showcased.

The Kazakhstan pavilion at the prestigious film forum opened for the second year in a row, the press release said.

The delegation included state body representatives, intelligentsia and prominent cinema and TV industry figures, as well as Kazakh National University of Arts students. The official reception “The Kazakh Evening in Cannes” was held May 9 in the Hôtel Barrière Le Majestic Cannes. People’s Artist of Kazakhstan and Kazakh National University of Arts Rector Aiman Mussakhadzhayeva, Kazakh singer Dimash Kudaibergen, the state orchestra’s soloists academy and many others participated in the event.