ASTANA – Israeli artist Regina Shafir unveiled a charity exhibition called Sweets May 23 at the Has Sanat Art Gallery in the Kazakh capital. 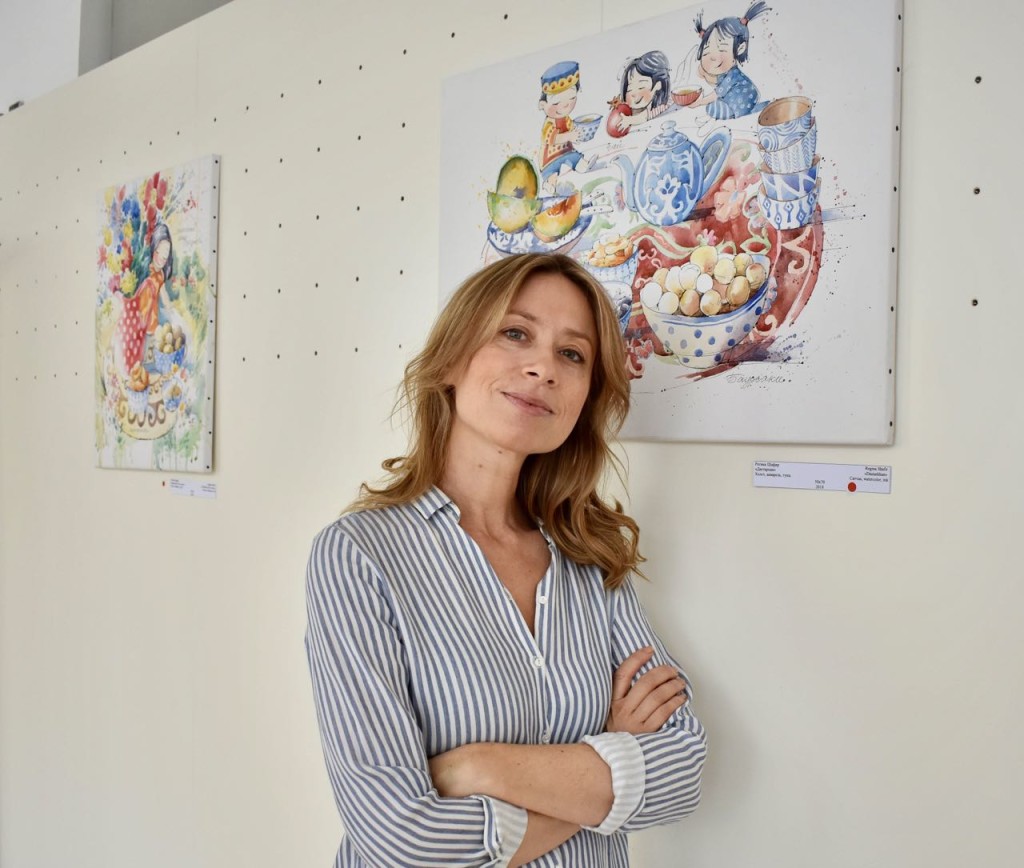 Organised with the help of the Dara Charity Foundation, all proceeds will go to orphanages and children with physical challenges. Established in 2005, the foundation has been implementing projects to assist children’s medical institutions, orphanages and boarding schools for children with disabilities.

The exhibit, to remain open until June 13, includes 32 paintings. Thirty of them were sold on the opening day, Shafir told The Astana Times. 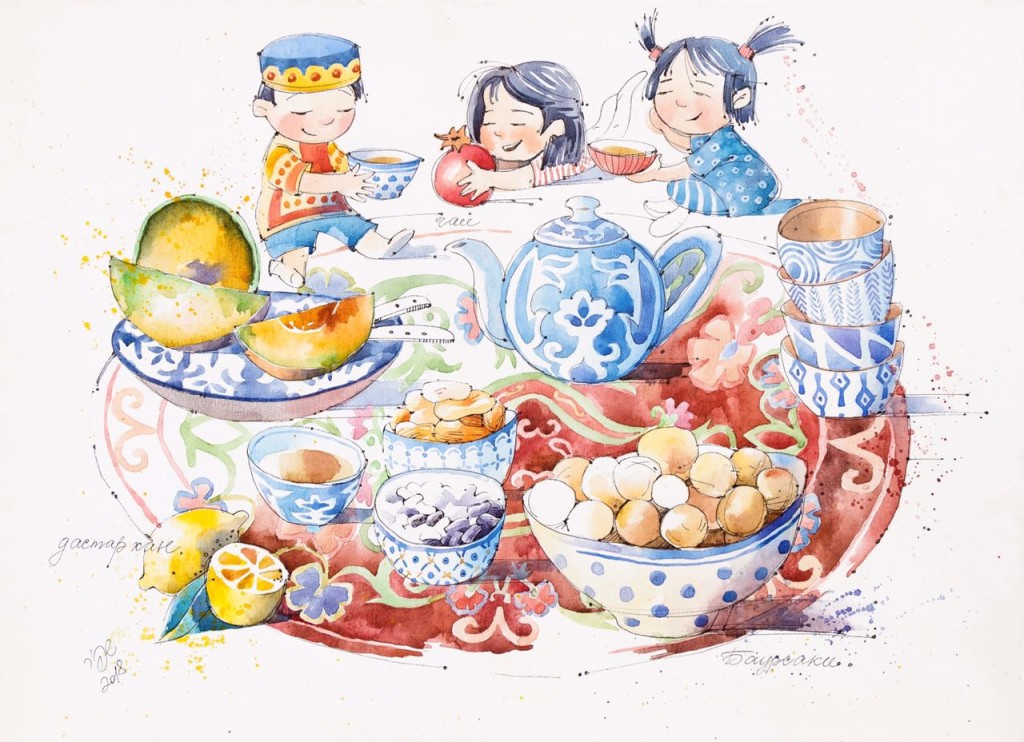 “I wanted to convey that good mood and state of mind that I had in Astana thanks to people who live here – hospitable, warm, open minded and attentive, wonderful, sweet and cheerful children, hospitable homes,” said Shafir.

The paintings presented at the exhibition reflect the artist’s vision of local culture and traditions, nature landscapes and city, include portraits of her close friends as well as depict Israeli culture. It took almost a year to complete them.

The paintings were meant to pass on an “impression of warm Kazakhstan and the brightest side of Astana,” she said. 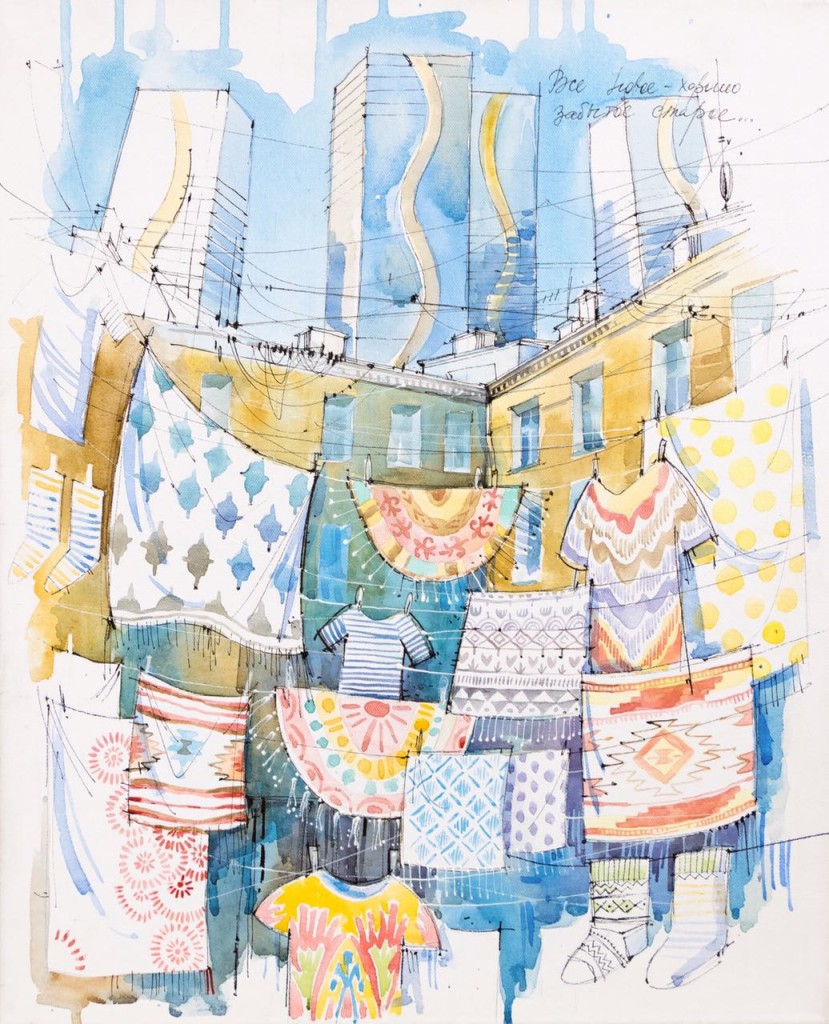 “Tselinograd. Everything new is a well forgotten old.”

“The theme is Astana and the way I see it,” she added.

Shafir has been living in Astana with her family for the last two years. The exhibit wraps up her stay in the Kazakh capital and in Kazakhstan, as the artist and her family will soon leave the country.

“I wanted to show that Astana is a modern city, yet the spirit of national traditions prevails, (this is the case) in any city and country, regardless of how modern it is. Astana is such a young city, only 20 years,” said Shafir. 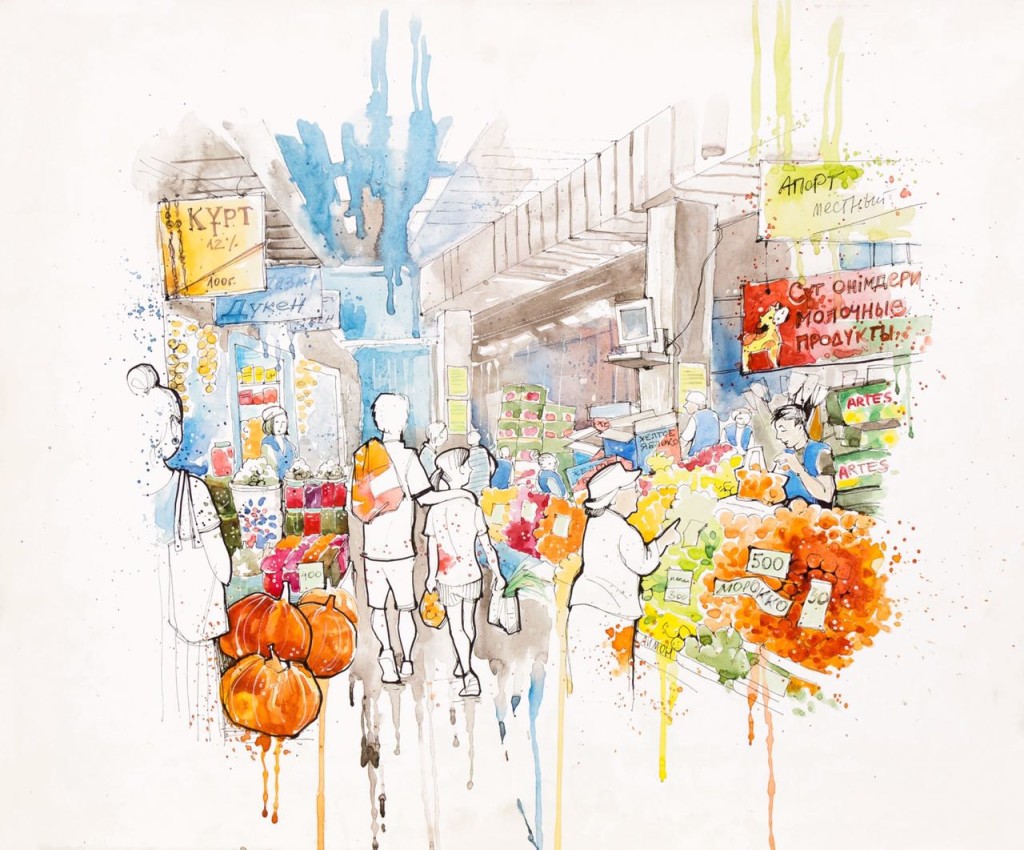 “I had wonderful time here in Astana and worked very productively,” said Shafir, who lived in Moscow and London before moving to Astana.

The attitude towards family, strong ties between generations, love to children and respect to elderly people, she noted, are common for Kazakhstan and Israel.

“Portraying Astana is happiness. I put everything what happened to me within these two years in my paintings. Gigantic skyscrapers rising from the steppe lands right into the sky, the way these skyscrapers are reflected in each other and in the river. Hospitable warm people that serve the richest and sweetest dastarkhan in Astana. Bright colours of Kazakh ornaments in carpets, costumes and tablecloth. Sparkling winter with sun and snow, unforgettable expo, heavenly summer apples with distinct flavour. I am happy that Astana gets to see my paintings on the eve of its 20th birthday. I sincerely congratulate it and wish happiness,” said Shafir. 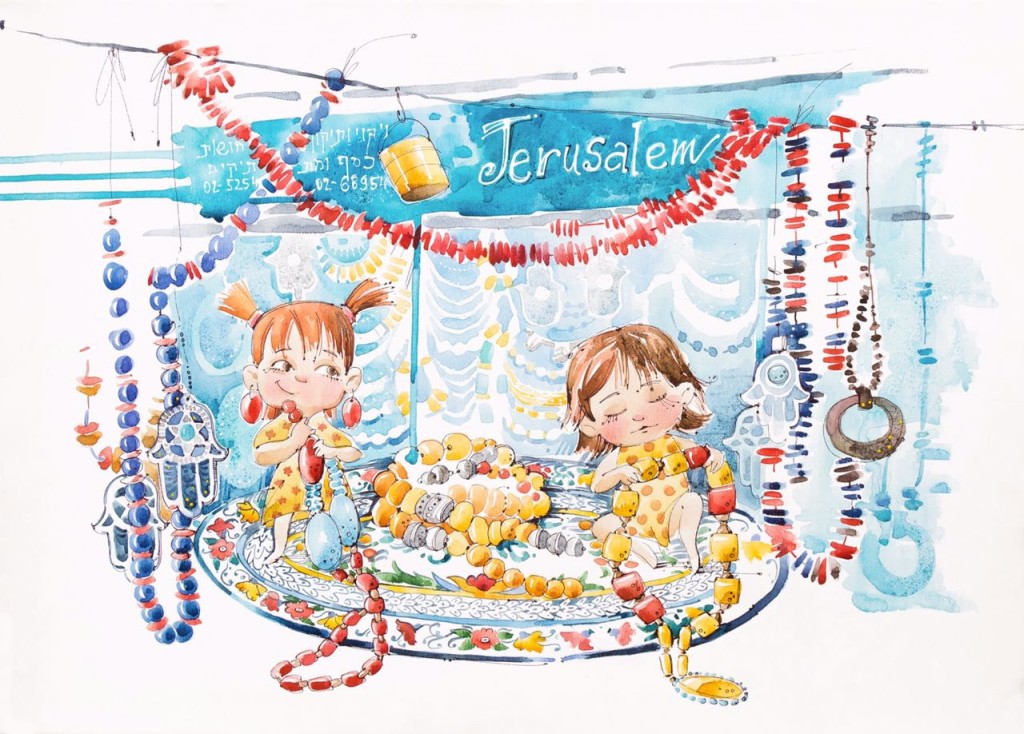 While in Kazakhstan, Shafir founded an urban sketchers community, part of a global community practicing and promoting on-location drawing.

“When we lived in London, I joined the Urban Sketchers movement. When I came to Astana, I was doing urban sketching at first and then it embraced more decorative forms. I decided to try still life, portraits and genre scenes,” said Shafir.

“We organised two workshops: one at the expo and second on the Valentine’s Day at Mega Silk Way. I founded the (urban sketchers) community. I hope that it will stay active,” she noted.

She expressed gratitude to the Has Sanat art gallery for helping organise the exhibit. “Most importantly, I would never be able to do it myself all alone. Zhanna Yesenbayeva, owner of the gallery, provided such a beautiful space. She helped to sell paintings and searched a buyer for each and every painting,” said Shafir.

“Dara Foundation Chair Gulnara Dossayeva also helped organise the event and provided significant assistance. All money will not only be allocated (to children), but also used to stage theatre plays with real decorations and costumes for children with hearing and speech challenges,” noted Shafir.