By Amir Khaidar in International on 21 May 2018

ASTANA – Germany’s annual mare’s milk week was held on the largest mare milk farm in the town of Waldbrunn-Mülben. The festivities culminated in the Kumys (fermented mare’s milk) Spring Festival with traditional Kazakh food and music. 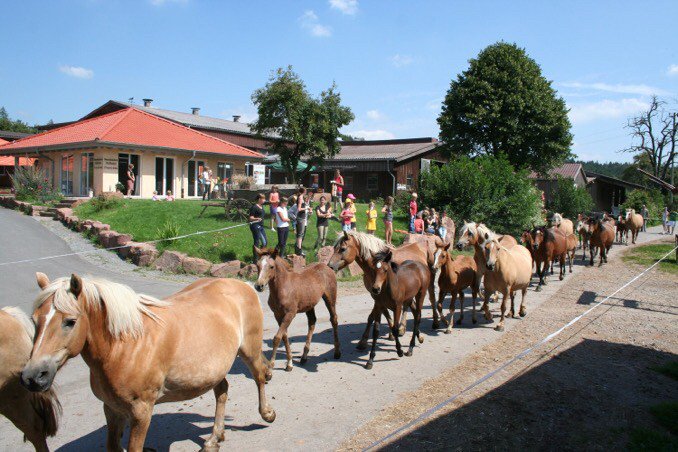 The event has attracted residents from local villages and Kazakhs residing in Germany. This year’s festival included bird song walks, guided tours of the stud farm, health and nutrition lectures and film screenings.

Kumys lovers gathered at the oldest running mare’s milk farm in Germany, founded in 1959 by Rudolf Storch. A prisoner of war after World War II, he was sent to Kazakhstan where he contracted tuberculosis and was thought to be terminally ill. Local shepherds treated Storch with mare’s milk and he fully recovered. After returning to Germany and completing his research, he established a dairy plant and introduced mare’s milk to Europeans.

“It was hard for my grandfather to start a business. Before him, no one in Germany knew about mare’s milk. He himself at first had no idea of where to start; there was the need to master the technology of production. Now, Germans are gradually learning about kumys; our production is not so big, but in the long term we want to expand our presence in the European market,” said Storch’s granddaughter, Jett Zollmann.

The farm is currently run by Storch’s son-in-law. Through the years, it has created a unique production technology and in addition to dairy products manufactures mare’s milk-based organic cosmetics.

In partnership with a German company, a plant opened in the Karaganda region in 2015 focusing on producing powdered mare’s milk. The company employs German expertise and produces 20 tonnes of product per year.

The kumys festival in the small European town has turned into a tradition for Kazakh diaspora in Germany to come together and celebrate the national food and cultural heritage of their ancestors.