By Raushan Shamsharkhan in Nation on 29 May 2018 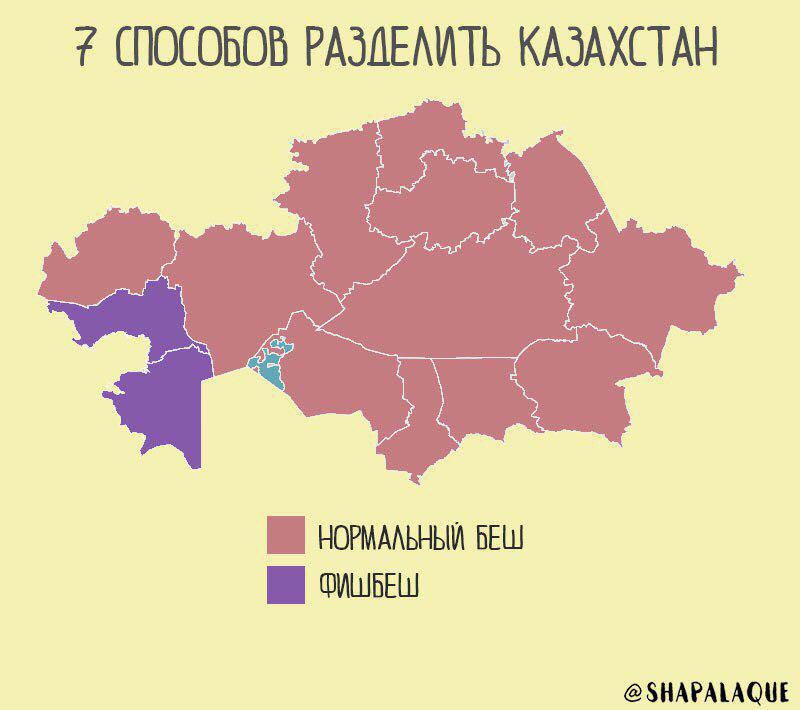 In an interview with The Astana Times, founder Adil Zakenov talked about how the art resonates with Kazakh realities, the work culture, how the ideas are generated and the future of the Kazakh comics industry.

“Le Shapalaque was created for a reason. The goal of the project is to encourage a person to realise that he/she is not alone, that their situation is not unique. We invite the reader to look at circumstances at hand through the prism of humour, because it is sometimes the only thing that helps to live in this harsh reality,” he said.

The quirky yet straightforward project launched on Instagram on March 1, 2017. Since then, the Le Shapalaque team has shared sketches of various current events and issues related to the country with a slice-of-life appeal. To date, topics have included a light-hearted look at the recent decision to effect the transition of the Kazakh language into the Latin-based alphabet, stereotypes, traditions, climate, cultural differences and public policies.

“In all issues and spheres, we try to be as objective as possible. We carefully study the problem; only then do we publish them. I think that topics that affect everyday life situations will always be relevant in Kazakhstan. Politics, show business are a temporary phenomenon, but food, friendship, love and family worry us every day. These topics will always come up,” he said. Zakenov graduated from Nazarbayev University in 2015, majoring in computer science. He has been involved with cartoons and animation since his student years. He managed a student club and, after graduation, restored its activities as an official organisation.

“I told my friend Daniyar Akhmetzhanov about this. He not only supported and co-initiated drawing comic books, but even dropped out of his master’s degree to fully merge into the sphere,” he said.

Le Shapalaque is translated from the Kazakh language as “a slap in the face” and the creators wanted the name to have a national slant while focusing on the local information market.

“We invented almost ten names and left the most suitable one. Le Shapalaque reflects the idea of our comics. The audience accepts and reacts positively. Almost half of our audience are students of my alma mater; the rest are people who have critical thinking and a sense of humour,” said Zakenov. 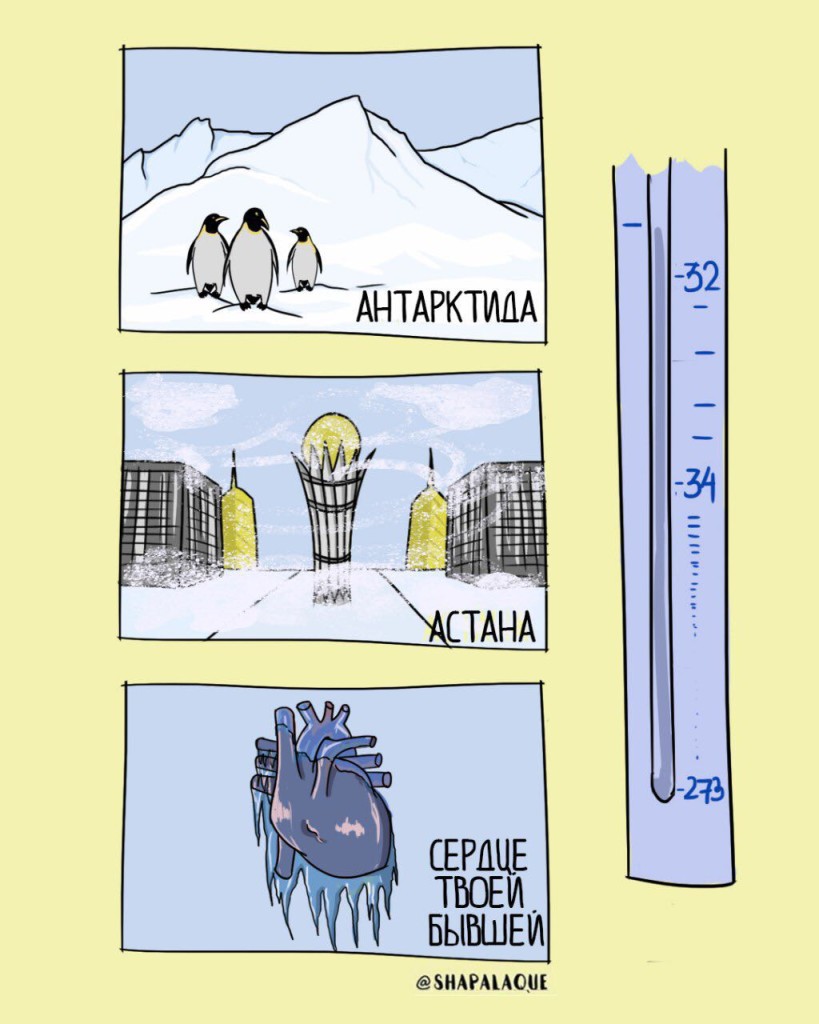 The team is composed of seven people – the founder, four content managers and two artists. Each content manager monitors a particular category – politics, traditions, show business or everyday life. The members are Nazarbayev University graduates and students who have experience in blogging and long, interesting posts. The admins work on enthusiasm; the artists, on salary. Some members are in Almaty, while others are continuing their education abroad, and they communicate by Skype. Once a week the team meets, brainstorms, generates and discusses ideas. From abstract concepts they form final production posts, then send the file with painted views of static drawings to the artists. If the plan is better conveyed through animation, the process is completed with Adobe Photoshop and Adobe After Effects.

“We have examples to follow. The number one animated comic for me is Shen Comix; he describes life situations with bits of humour in a funny manner. After reading each comic book, a pleasant aftertaste always remains,” said Zakenov.

Even though there have been plenty of proposals to monetise the project, the creators do not want to clog up the profile with advertising.

“We make commercial orders in the form of video clips and animations, and we put free resources into Le Shapalaque. Perhaps in six months we will begin to introduce advertising, but we are thinking about other sources of income, for example, measuring or cooperation with print media,” he added.

In addition to comics, the team creates commercials for companies and plans to shoot a short cartoon.

“The Le Shapalaque project is slowly beginning to bring results. Different conference organisers reach out to us and want to disseminate more information about the project. Recently, the Astana akimat (city administration) proposed jointly conducting an anti-corruption campaign to come up with ideas for billboards,” he noted.

Even though Kazakh comic artists have always been under-the-radar, they have a niche and loyal social following. The country has no shortage of talent like Zakenov, such as the founders of Hancomix.

“Kazakhstan comics are now at the stage of the very beginning, but I am very pleased with the successes of our compatriots. For example, the Hancomix team that produce printed comics about Yermek Batyr consequently entered the Amazon market. This can serve as an example of how quality content, no matter what, can also enter the international market,” said Zakenov.