ASTANA – Challenges and prospects for women’s leadership were discussed by female leaders at a May 18 round table during the 11th Astana Economic Forum in the Kazakh capital. 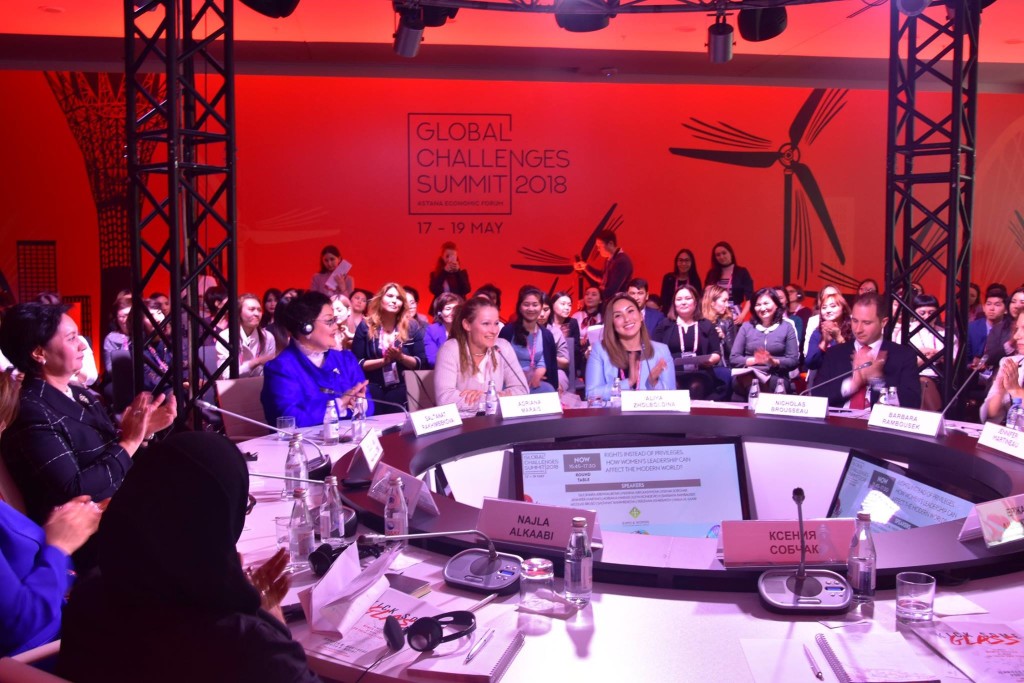 “To date, most developed countries have recognised the importance of an inclusive economy in terms of female capital development. However, according to a UN report, legal obstacles for female empowerment have been eradicated only in 18 countries. Barriers, gradually taking root in socio-economic and political relations, hamper democratic processes worldwide,” noted Secretary of State of Kazakhstan Gulshara Abdykalikova. 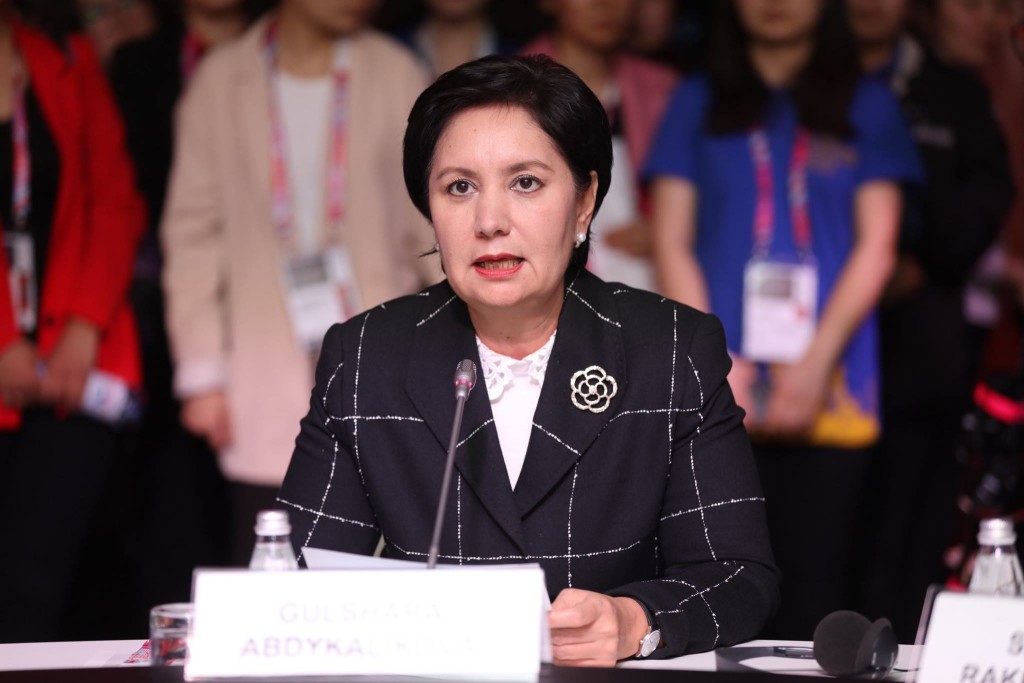 One of the public policy priorities in Kazakhstan is women’s rights and the expansion of economic opportunities for women. To date, Kazakhstan has passed the 30 percent threshold of women represented in leading positions in the financial sector. Moreover, Kazakh women run more than 500,000 or 43 percent of small and medium-sized entities (SMEs). Female entrepreneurs have also contributed to nearly a third of all workplaces provided by SMEs.

In 2018, Kazakhstan ranks 52nd in terms of gender equality and 30th in terms of female economic participation, according to a World Economic Forum report.

Elaine Conkievich, head of UN Women in Kazakhstan, believes that female representation is crucial for the realisation of sustainable development goals (SDGs) set by the United Nations in 2015. 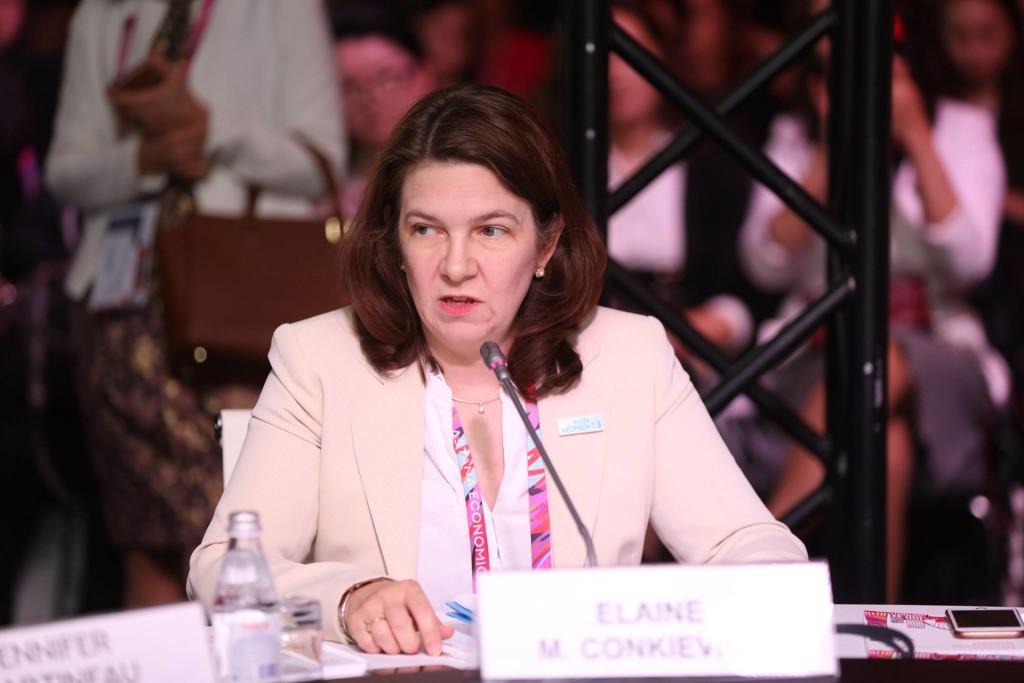 She also said women are significantly underrepresented in politics and governance, missing in particular from senior decision-making positions, and proposed four strategies for more gender-inclusive governments.

“We need to support the development of legal frameworks to facilitate women’s representation; expand the pool of qualified and capable women to run for elections; we need to transform gender roles so that women are accepted as legitimate and effective leaders, and lastly, we need to support women and gender sensitive political institutions,” she advised.

Conkievich also suggested the next Astana Economic Forum follow the example of the Davos Economic Forum, which this year was chaired entirely by women

Kazakh Minister of Labour and Social Protection Madina Abylkassymova briefed the round table on economic opportunities available for Kazakh women and where their representation stands.

“In Kazakhstan, female participation in the labour market is rather high, as 70 percent are in the labour market; however, there are still several problems. First of all, there is a wage gap between men and women. The reason is that women are mostly employed in sectors of low pay; for example, 70 percent of employers in medicine and education are women. A lot of women also work in informal sectors not well covered by social programmes. Another challenge is gender inequality in the corporate sector,” she noted. 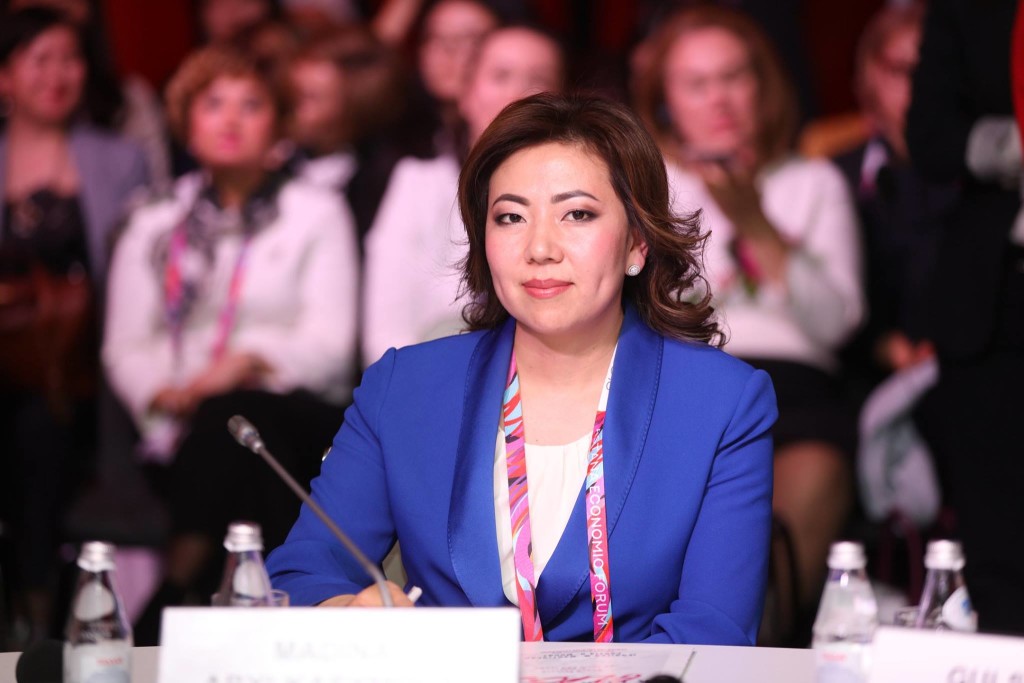 In Kazakhstan, there is good female representation in SMEs, as women lead 43 percent of such entities. However, leadership positions in business and government need to have more women, since only around 15 percent of large companies are run by women and 47 percent of the boards of directors include women.

“The third challenge involves cultural norms limiting the role of women to family and child care. We are actively trying to overcome all three challenges to reach 50/50 gender parity across the public and government sector,” added Abylkassymova.

Kseniya Sobchak, journalist and Russian 2018 presidential candidate, stressed the importance of combating traditional gender stereotypes and changing the psychology of women. She believes women are ready to play the roles set by their societies and gender equality will not be ensured unless women take action to change the status quo. She also stressed the importance of education and self-development for Kazakh women. 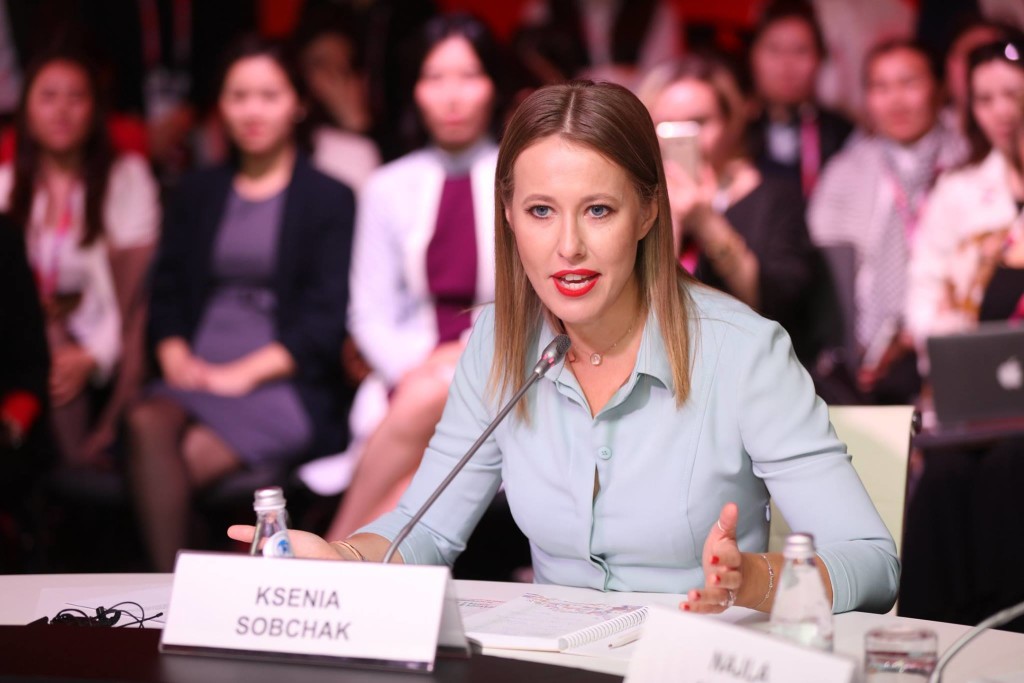 The Astana Economic Forum this year was transformed into the Global Challenges Summit, dedicated to 11 global trends, including urbanisation, digitisation, financial revolution and global security.