Deutsches Theatre in Kazakhstan: in sync with times

ASTANA – Deutsches Theatre (Republican German Drama Theatre), the first German diaspora theatre in the Soviet Union, opened in December 1980 in the city of Temirtau. As the troupe celebrates its 38th birthday this year, it remains the only German theatre in the post-Soviet space. The initial and continuing feature of the troupe is youth and audacity, and the theatre constantly expands its network of international contacts, inviting directors from Germany, the U.K. and other countries. 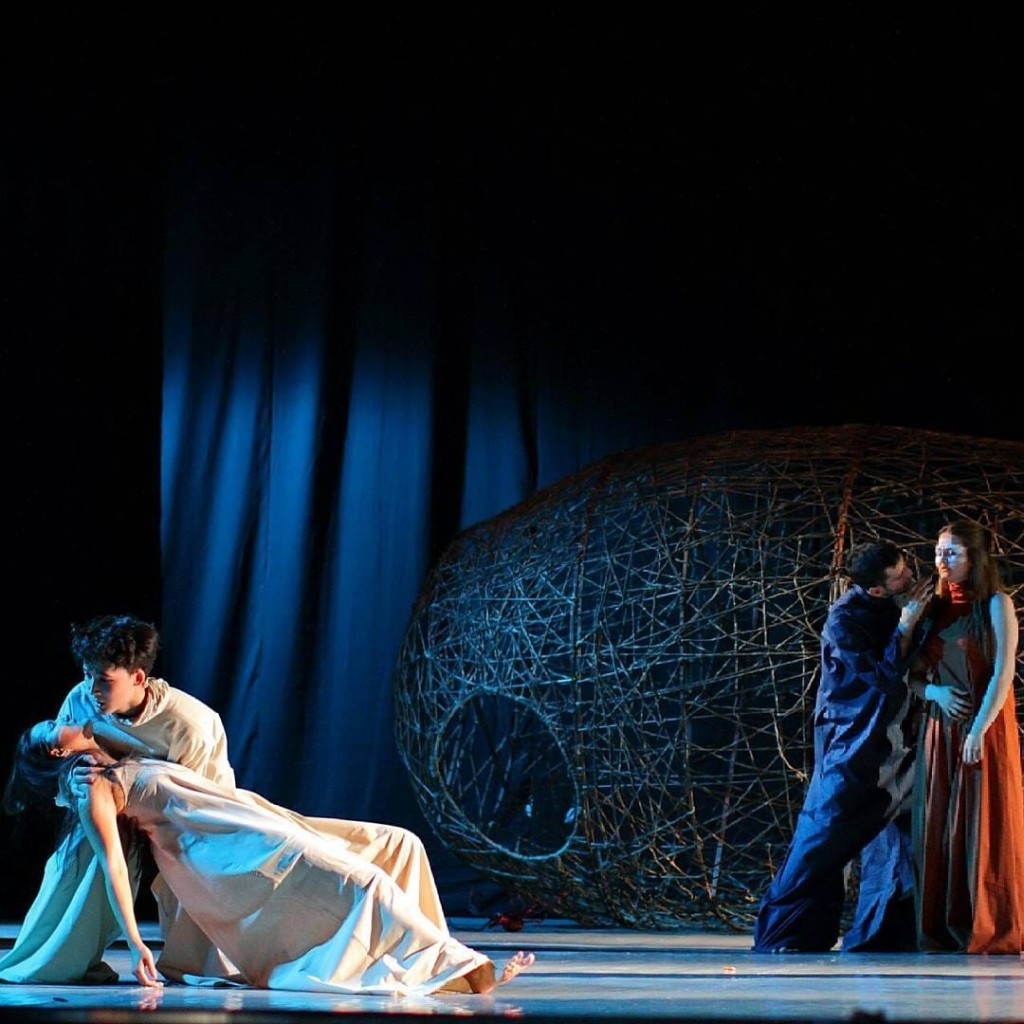 In an interview for this story, Deutsches Theatre Stage Director and Acting Manager Natasha Dubs talked about its repertoire and the factors that determine the choice of plays.

“It is probably a habit to listen to your inner impulse. Perhaps it is the long-standing actor’s habit of always listening to yourself, reacting instantly and then proceeding according to the circumstances. Any performance is tested by a spectator, and to some extent the spectator himself creates the play. Of course, while choosing the repertoire for the German theatre, I place great emphasis on authors whose works have never been performed in Kazakhstan or have never been translated into Russian. I would very much like to acquaint the Kazakh spectator with what he has not seen or read before,” she said.

As a German theatre, one of its missions is preserving the language as the cultural heritage of the German ethnos in Kazakhstan, said Dubs. Therefore, the director focuses primarily on classical German authors.

“This is important for actors, as it is the formation of intelligence, the development and hone of good taste. This is a kind of challenge that the actor overcomes, because serious material always implies serious work. In addition, the beauty of the language can be manifested as much as possible in classical works,” she added.

Although the theatre appears as a custodian of German national and folk culture, the troupe consists of people of different nationalities. They are united by art and the spiritual values ​​of the people living in Kazakhstan, an example of consent, fraternity and tolerance. The theatre performs works featuring the German, Kazakh and Russian languages.

“We perform some works of modern German authors in Russian and, of course, we are interested in Kazakh drama. Our repertoire has works of two great authors. They are the classics of Kazakh literature by Mukhtar Auezov and modern novice writer Annas Bagdat, who was noted by President Nursultan Nazarbayev as the best playwright of Kazakhstan,” she said.

In early December, the Kazakh Ministry of Culture and Sport entrusted the theatre with presenting Auezov’s “Qaragoz” in the German language in major cultural cities such as Berlin, Brussels, Moscow, Paris and Vienna as part of the Rukhani Zhangyru (Modernisation of Kazakhstan’s Identity) programme. The actors were excited to meet the European audience and the performances yielded full houses and long applause.

“At present, the world, particularly Kazakhstan, witnesses the disappearing of language boundaries. The German theatre has always been characterised by multilingualism, starting from the 1990s. Modern theatre is about a dialogue with the audience and a special language needs to be formed so that you can be heard in this dialogue, I think. The world and Kazakhstan are full of young directors who are actively looking for their own special language forms. Verbalism goes to the background and some other ways of mutual understanding are left,” said Dubs.