By Raushan Shamsharkhan in Sports on 23 May 2018

ASTANA – For the first time in its history, next year Kazakhstan will host the first division Group A Men’s World Hockey Championship, the Kazakhstan Ice Hockey Federation announced on its website. 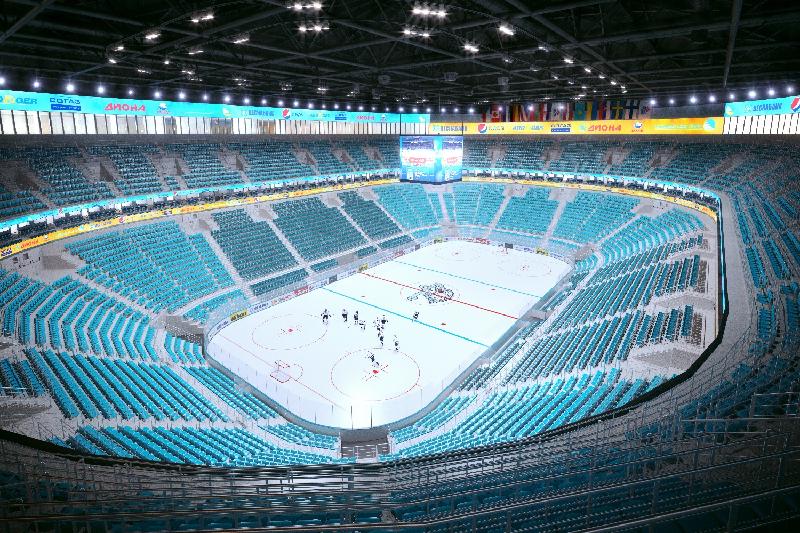 Kazakhstan won the chance to hold the championship in a decisive vote by the International Ice Hockey Federation (IIHF) Congress May 18 in Copenhagen over the other contender for host, Slovenia.

“It will be the strongest international ice hockey tournament to be held in Kazakhstan for many years. Astana is known as the youngest modern capital city in the world and became Kazakhstan’s capital in 1997,” stated the IIHF announcement of the venue.

The competition in Kazakhstan will also serve as qualification for the 2020 championship. Two national teams, Kyrgyzstan and Thailand, will play in the World Championships for the first time in 2019. The tournament in Kazakhstan will last from April 29 to May 5, 2019. Six teams representing Belarus, Hungary, Lithuania, Kazakhstan, South Korea and Slovenia will face off to determine the top two teams that will play in the 2020 IIHF Ice Hockey World Championship games in Switzerland.

Estonia’s capital, Tallinn, was chosen last week as the venue for Division I Group B, where Estonia, Japan, the Netherlands, Poland, Ukraine and Romania will battle from April 28 to May 4, 2019.

Barys Arena, a multi-purpose indoor stadium in Astana with a seating capacity of 12,000, will be the venue for the annual hockey tournament played amongst second-tier teams and a six-day hockey game. The arena is home to the Kazakh hockey team which bears the same name.

This year’s IIHF Ice Hockey World Championship Division I Group A ended on April 28. The Kazakh team was not able to return to the elite division, being passed by the UK and Italy, which ended up ranked first and second. Kazakhstan’s squad failed to qualify for the 2019 IIHF Ice Hockey World Championship for the second consecutive year. The team last played in the elite division in 2015.

The 2019 Men’s World Ice Hockey Championships will be the 83rd such event hosted by the IIHF. The 2019 IIHF Ice Hockey World Championship will be held as planned in Bratislava and Kosice, Slovakia, from May 10 to 26, 2019. The competition will be held in Zurich and Lausanne, Switzerland, in 2020; Minsk, Belarus, and  Riga, Latvia, in 2021; and Tampere and Helsinki, Finland, in 2022.

In 2011, Astana and Almaty welcomed the Asian Winter Games, in which athletes from 27 countries took part. In 2017, Central Asia’s largest country welcomed the Winter Universiade, a multi-sport winter event that saw student athletes from 55 nations compete in 12 disciplines.