“One of the myths to dispel about Astana is that it lives at the expense of the state budget. Considering the total amount of investments, I would like to say that over the past 20 years, the state has invested considerable money in Astana, namely 2.3 trillion tenge (US$7 billion). The capital has returned 6 trillion (US$18.3billion) to the budget in the form of taxes. That is, it returned 2.5 times more than had been invested. Revenues to the state budget through Astana increased almost 80 times from 13 billion tenge (US$39.7 million) in 1998 to one trillion tenge (US$3 billion) in 2017,” said Issekeshev. 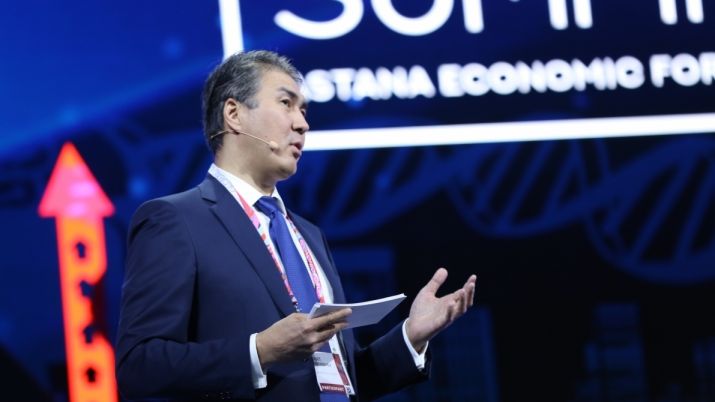 He also added that Astana annually transfers about 750 billion tenge (US$2.3 billion)  to the national budget.

“In other words, Astana is a donor city. As businessmen say, Astana is an economically efficient project,” he added.

Addressing the forum, Issekeshev underlined, among other things, the progress of the capital in the past 20 years. According to his report, Astana is one of the fastest growing capitals in the world. The population of the city has tripled in 20 years in comparison with 1997 when only 300,000 people were registered. Today, more than 1 million people live in the capital, which comprises 5.5 percent of the entire population of the country. The city’s area has also grown three-fold, and the number of cars has increased tenfold. Approximately 1.6 trillion tenge (US$4.9 billion) has been invested in the housing construction in the capital, with the introduction of 1,265 multi-apartment houses for 180,000 apartments and overall 19-fold increase in available housing.

“Builders would understand this titanic work behind these numbers. Of course, this is a big achievement and a specific challenge,” said Issekeshev.

For the last 20 years, the gross regional product of the city has grown almost 190 times, reaching 5 trillion (US$15.3 billion) tenge. The industry has increased 30 times. The output volume of small and medium-sized businesses amounted to 4.3 trillion tenge (US$13.1 billion). Approximately 1,170 industrial, social, cultural and public facilities were built. These have included factories, administrative buildings, business centres, shopping centres, museums, theatres, gyms and hotels,

“This year alone, 2,360 million square metres of housing have been put into operation. This is also a record figure. Each year, there is significant growth,” the akim said.

In the sphere of investment, new economic strategies envisage a transition from budgetary expenditures to private ones, including foreign investment. There are approximately 60 projects with private investments exceeding $3 billion, among which more than 30 transnational companies are present. Investments have grown more than 50 times, totaling $47 billion. EXPO 2017 became a trendsetting factor that generated wealth and investments. The volume of industrial production grew by more than 7 percent and amounted to 550 billion tenge (US$1.6 billion), and Astana comes second after Atyrau in this regard.

“Small and medium enterprises (SMEs) are vital for us because they employ more than 316,000 people or 62 percent of the workforce. The share of SMEs is 57.4 percent [in gross regional product], representing the first place in the country. More than 19,000 new jobs have been created in the labour market, of which 15,000 are in the SME sector,” stated Issekeshev.

The Astana akim mentioned the launch of an intelligent video monitoring, analysis and forecasting system called Sergek and outlined Astana’s strategy to become a smart city.

“Astana is thriving. There are specific tasks set by the President, and his most recent state-of-the-nation address entrusts us with a big responsibility because Astana was defined as the standard for a Smart City. I am confident that all our projects and all tasks with the support of our government and Nur Otan party will be realised,” concluded Issekeshev.