By Amir Khaidar in International on 23 May 2018

ASTANA – Leading global economic experts and Astana International Financial Centre (AIFC) executives outlined important changes in the global financial system and the role of financial centres in the rapidly changing financial environment of the 21st century at a May 18 panel session of the Astana Economic Forum dedicated to the new geography of finance. 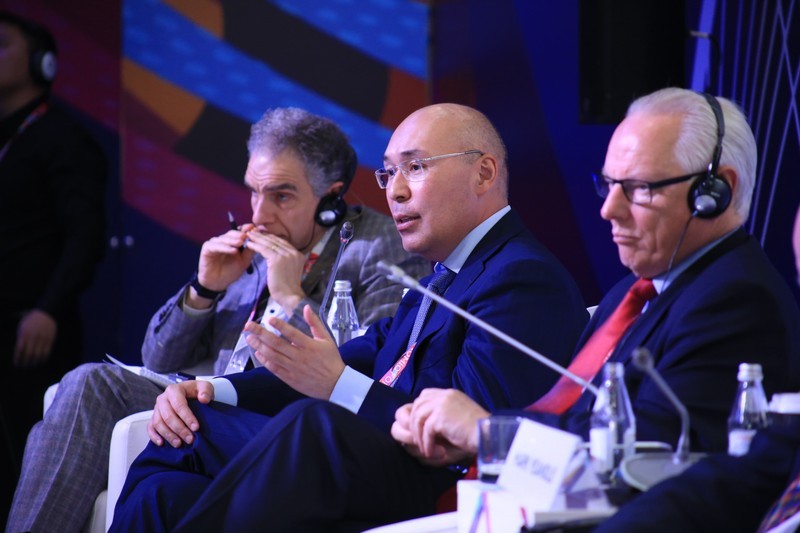 “Nowadays, we see two main trends in the global economy. According to the McKinsey report, economic gravity is shifting from well-established regions to Asia, and if you look at it on the map you can see the new gravity of economic development is shifting towards Central Asia in particular. In this regard, it is important that global financial instruments penetrate Central Asia,” said Kairat Kelimbetov, governor of the AIFC.

The foundation of the AIFC is itself a step in this direction, he noted.

“On the other hand, I am confident that the existing system of financial centres does not change significantly. I think that leaders, for example, like the big four, work with each other and communicate with different countries. We have discussed many times whether there will be any changes after Brexit or whether there will be any movement toward new European cities. You know, I do not see any changes in this regard.”

International experts also weighed in on the investment potential of the Central Asian region.

“Investors are looking at a number of factors when thinking about prospective investment opportunities. More countries are engaged in reforms in their economies and legislation to make favourable investment climates – and there are also some governments working in the opposite direction, which worsens the investment climate in their countries. It’s interesting to see all of that in the single region of Central Asia,” said Francis Maude, former British minister of state for trade and investment.

He added that investors are looking for profitable companies. They want to invest efficiently, and in a country that is stable and safe, which means that it ensures the rule of law.

“Unfortunately, Central Asia is not covered by global or regional business hubs. Therefore, we are trying to create a business hub and financial centre here. In the previous 20 years, we were covered by London, Istanbul, Dubai or Moscow. But now it’s time that we start competing and begin to embrace Central Asia from this part of the world. Astana has great potential for this,” affirmed Kelimbetov.

To date, 13 companies have registered with the AIFC and 150 have made inquiries. The official presentation of Astana’s new financial hub is scheduled for July 5.