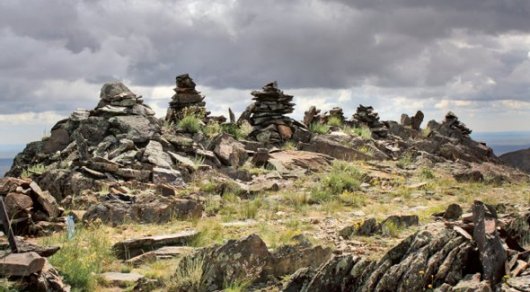 “Kazakh President Nursultan Nazarbayev initiated the idea and his administration supported it,” he said. “The first reserve is a site of the Bozok settlement near Astana. Not many people know about this place. Important historical events took place here and the placement of our capital here is no coincidence. Bozok is a witness to our great history. In the future, a museum and a visitor centre will be opened.”

The second reserve will be near Botai village in the Aiyrtau district of North Kazakhstan region. According to historical sources, 5,000 years ago mankind first domesticated wild horses near this settlement.

The third reserve will be near the ancient Saraishyk settlement in the Atyrau region. In the Middle Ages, Saraishyk was an important economic and trade centre of the Golden Horde.

“This was not an easy job, there was some isolated information about the regions, but we didn’t have anything on the national level. In the regions, local historians offered their ideas, and we completed the assessment. Most important for us is a legend about the particular place. Our land is full of legends. This in turn makes the place sacred. There are not only sites of historical or archaeological importance, but some modern sites as well. The main task now is to market these sacred places; we want to popularise them among citizens. This will be one the forms of relaying our history to future generations,” he said.

The Sacred Kazakhstan initiative is part of the National Identity Programme and seeks to recognise 100 national landmarks that will consolidate the cultural identity of the nation.