Sergek has helped solve more than 500 crimes in Astana

ASTANA – Sergek video surveillance system has helped capital police solve more than 500 criminal offenses, including four murders. The system has contributed to reducing the number of offenses by an average of 30 percent and accidents by 18 percent. 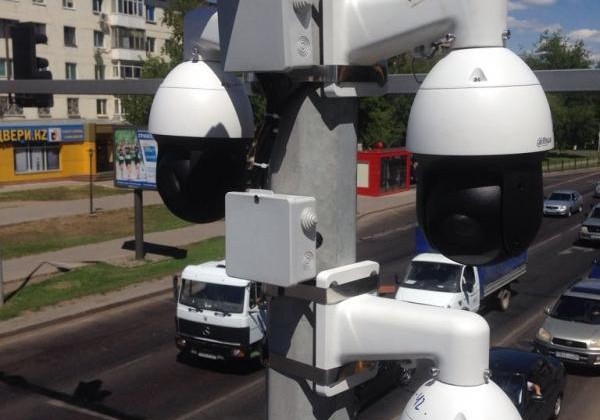 Akim (Mayor) Asset Issekeshev and Deputy Prime Minister Askar Zhumagaliyev recently visited the city’s situational centre, where they were presented with the system operation, and experts spoke about the benefits of introducing the photo and video capture system, according to the city administration press service.

The major highlight was the way drivers’ discipline has improved and the centre’s experts are now working on a face recognition system which will operate in all public places. The know-how will significantly help police in emergencies and mass brawls. Using their gadgets, officers will be able to watch what is happening at the scene, allowing them to assess the situation and act more efficiently. In addition, the system can automatically identify malicious non-payers and debtors.

To date, the city has 6,365 cameras completely integrated into the system and the administration plans to install and launch 13,000 road cameras by June 1. Sergek has become Kazakhstan’s first IT technology export product.

Zhumagaliyev is a strong supporter of the system and instructed the Ministry of Internal Affairs to speed up integration procedures with the ministry and Office of the Prosecutor General. The functions significantly improve city residents’ lives, making them safer and more comfortable.

“We saw today that the project is ready; it operates correctly and the city administration promptly reacts to the complaints and appeals of residents. We need to conduct another important work – to refine the mobile application in which all information will be available. After all, the technologies being implemented ensure our safety and comfort, which means that access to them should be as simple as possible for all citizens,” he said.

Sergek has a special algorithm for preventing road accidents. If a car violates traffic rules several times in a short period, information is sent to the police officer’s tablet and he or she will know the vehicle’s location and license number and have the ability to quickly stop it. The system will therefore indirectly help prevent serious road accidents.

Sergek also counts the number of cars passing through a site, providing very good statistics on traffic congestion. It can serve as a source of information for the intelligent traffic light system, because it not only knows, for example, that 10,000 cars left a particular city district, but also where they are going.