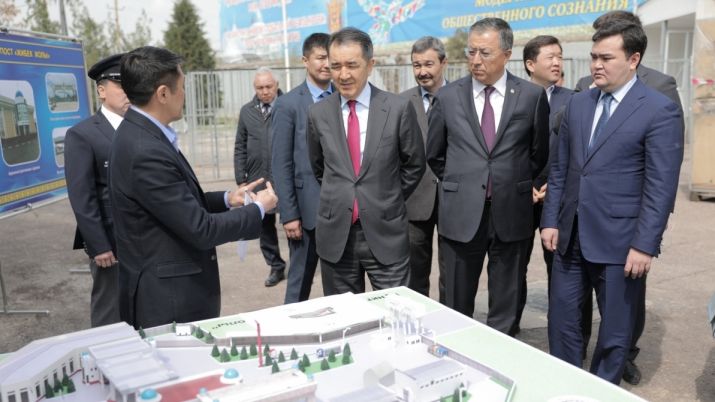 Nearly 4.85 billion tenge (US$15 million) of investments were attracted to the project, which will create 150 jobs.. The design capacity of the enterprise is 240,000 tonnes of bloom per year. The owners also plan to produce steel blooms ready for further processing. Forty-tonne induction furnaces and three-rounder continuous casting machine (CCM) operate at the plant.

Overall, 20 projects will be launched as part of the Industrialisation Map in the region.

Sagintayev also visited the international checkpoint located in Zhibek Zholy village on the border with Uzbekistan. Up to 25,000 individuals and up to 100 cars pass through the customs post per day. The construction of a new bus terminal building increases passenger flows and the volume of freight traffic between the two countries.

Work is also underway to expand the customs area and improve four checkpoints.

“The agro-industrial complex has a promising future. The country can be one of the world’s largest producers of agricultural exports. The government takes all necessary measures to develop the state programme on agro-industrial sector. The draft law concerning the veterinary service was initiated, the small and medium size businesses are stimulated to participate in scientific research, and subsidies are provided for procuring organisations. Also, the subsidy policy is also being revised to promote the export-oriented enterprises,” said Sagintayev.

The proposals initiated by local farmers and heads of enterprises will be discussed by the Ministry of Agriculture and other state bodies.