ASTANA – Kazakhstan can offer the world a completely different model of state secularism and may serve as an example for other Muslim-majority states, according to a recent study published by the Stockholm-based Institute for Security and Development Policy (ISDP). 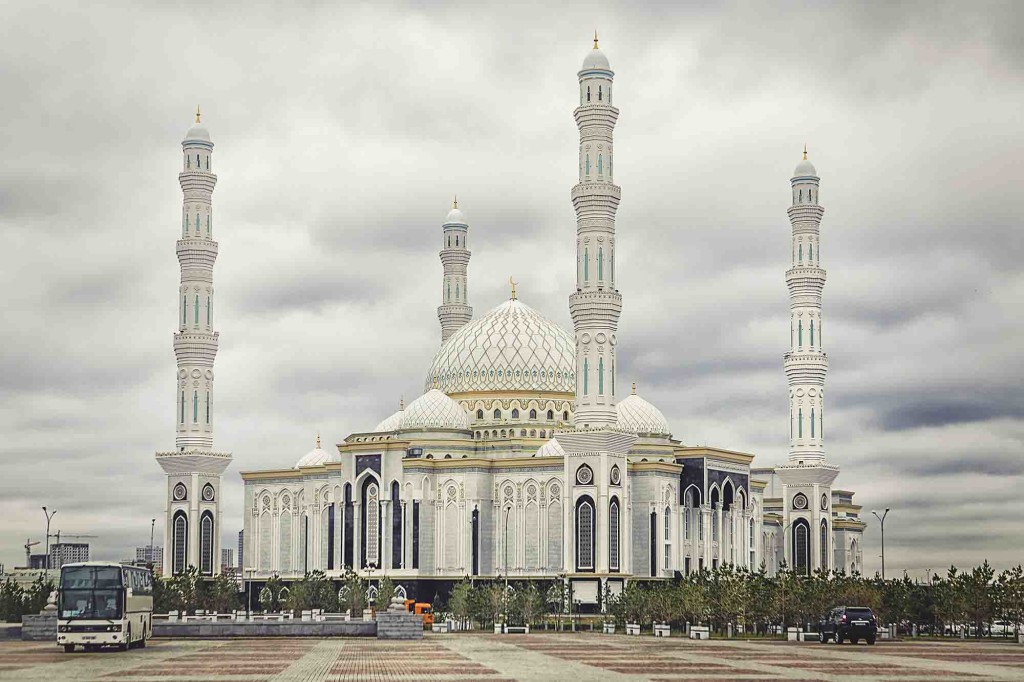 After the fall of the Soviet Union, independent Kazakhstan, like other Central Asian countries, adopted a secular form of government. It then faced the challenge of implementing a state approach to religion.

The term “secularism” includes a broad spectrum of views and concepts. Researchers, including ISDP Director Svante E. Cornell, Head of Advisory Council S. Frederick Starr, and Junior Research Fellow and Research Coordinator Julian Tucker, outlined five different types of secular models of interaction between the state and religion. “Fusion” occurs when political and spiritual realms merge. Religious minorities are tolerated in the “Dominant Religion” model, but the state supports one particular religion. In the middle of the spectrum is the “State Neutrality” model accepted in the United States. The “Skeptical/Insulating” model adopted by France aims to regulate and control religious influence and “Hostile” can be attributed to the Soviet practice of prohibiting religious freedom.

The Soviet-era atheism policy had massive implications on Kazakh religious life and interest in religion revived among the population on the eve of independence. Muslim and Christian communities were exposed to the outside flood of religious influence.

Islamic movements from North Caucasus, the Persian Gulf, South-East Asia and Turkey descended upon Kazakhstan. Christian missionaries from Europe, North America and South Korea joined the flock. While most groups were liberal, some adhered to an extremist agenda and since 2005, extremist violence in Kazakhstan has been on the rise. The report’s authors suggest the problem is connected to influences from the Afghanistan-Pakistan area, North Caucasus and the Syria-Iraq war zone.

As the survey shows, religion has a prominent place in present-day Kazakh society, but believers stand in opposition to political religious expression. Only 10 percent of the nation’s Muslims support Sharia law. Approximately half of Kazakhs believe different religions can lead to heaven and individuals can be moral without believing in God. The numbers indicate the universal notion of peaceful coexistence between religious communities in society.

Research suggests the Kazakh government took the matter of regulating religion into its own hands, thus leaning towards the Skeptical/Insulating model and drawing from French and Turkish experience. The Kazakh model also differentiates between traditional and non-traditional religious communities. Government policies support and promote the former, thus borrowing elements from the Dominant Religion model. In doing so it does not endorse one particular religion, but rather simultaneously supports several traditional ones.

Throughout the years, Kazakhstan adopted an increasing number of restrictions, the most prominent coming in the aftermath of 2011 and 2016 terrorist attacks. A 2011 law prohibited foreigners from registering religious organisations in Kazakhstan and outlawed religious congregations in private homes. The law also required a minimum number of members in order to register an organisation.

After the 2016 incidents, the government established the Ministry for Religious Affairs and Civil Society to safeguard secularism and keep religious practices in check. Much attention is focused on youth education and further amendments to the law restricted minors’ ability to attend religious services.

“Meanwhile, Kazakhstan’s National Security Committee has taken the lead in fighting extremism,” the report’s exucituve summary says. “In particular, it monitors, infiltrates and prosecutes alleged extremists with considerable zeal. According to its own accounts, the organization has successfully intervened to prevent over 60 terrorist attacks in the country in the past five years. More controversially, it has also infiltrated and prosecuted groups engaged in nonviolent religious practices. These are typically prosecuted under a provision in Kazakhstan’s criminal code that prohibits propagandizing the superiority of one religion over another.”

Events in the past decade led Kazakhstani authorities to conclude that they had underestimated the threat posed by extremist religious groups, the researchers say. “Revisions to laws and policies have led to state intervention against individuals and communities that authorities deem extremist or non-traditional. This is one reason for the Western criticism directed against Kazakhstan,” the scholars note.

“However, another reason behind this criticism is a more philosophical disagreement: Western advocates support full religious freedom and state neutrality toward religion, accepting only intervention against groups engaging in or inciting violence. But Kazakhstan’s authorities operate on the basis of a fundamentally different principle: that it is the duty of the state to regulate religious affairs,” the report notes.

Kazakhstan’s state religious policy has gone through a number of changes and adjustments and researchers suggest it should be seen as a work in progress model for the Muslim world. The government acknowledged shortcomings in the policy and was quick to respond by offering new strategies to solve religious issues. The authors note the model is by no means perfect, but implementing it can facilitate religious tolerance and inter-ethnic peace.